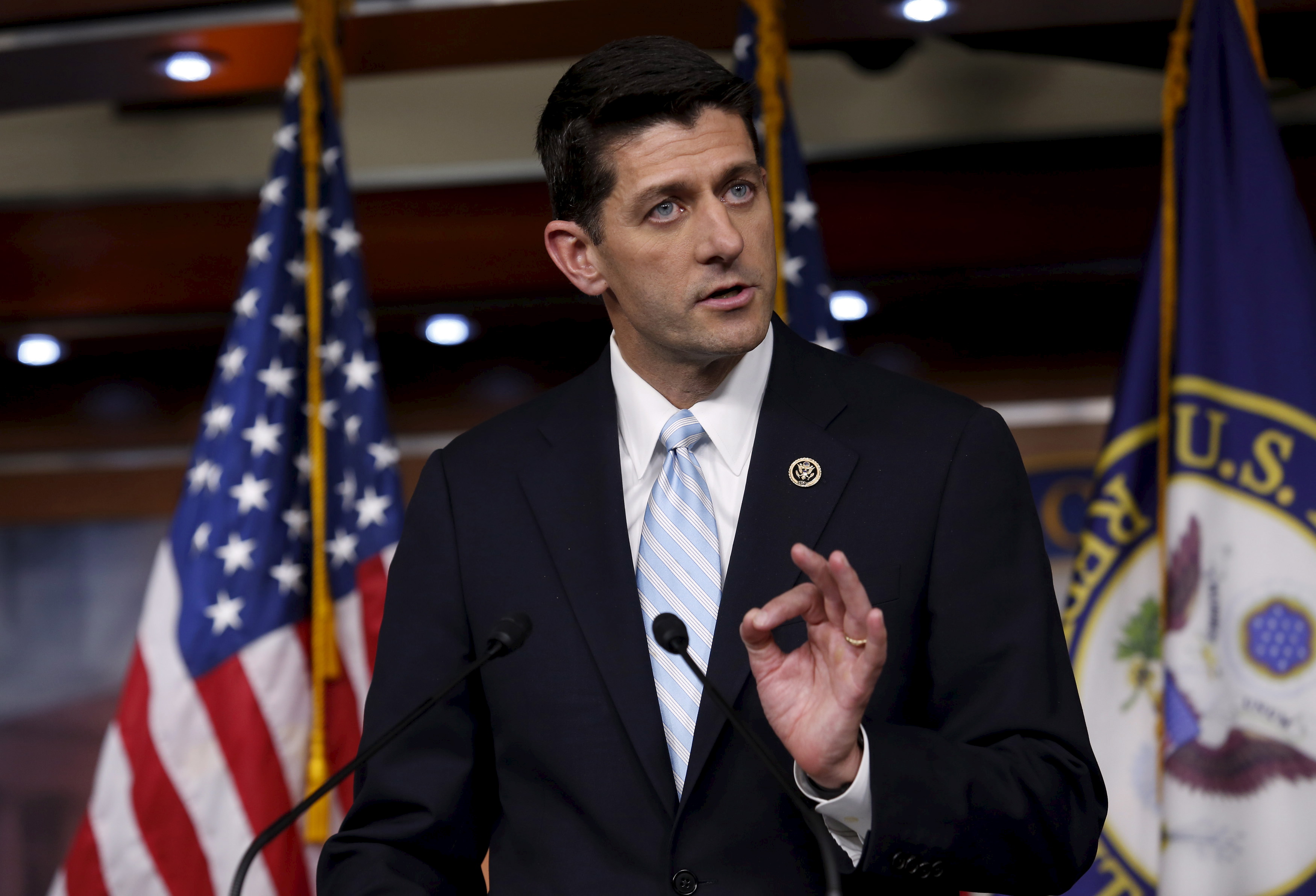 Rep. Paul Ryan on Tuesday said that the process behind striking the budget deal between Congress and the White House "stinks."

Republicans released a 144-page budget deal late Monday in order to set up a floor vote on Wednesday. Many conservatives complain that they're not being given enough time to review the agreement.

"This thing must have taken weeks, probably months, to negotiate and it's dropped on us in less than 48 hours. So I agree with Paul," Rep. John Fleming, R-Louisiana, told reporters after the GOP conference meeting.

Ryan, who is likely to become the next speaker of the House on Thursday, said he is "reserving judgement" on the agreement because he hadn't even seen it yet.

Currently the chairman of the tax-writing House Ways and Means Committee, Ryan negotiated a similar budget deal two years ago when he and Sen. Patty Murray, D-Washington, both served as chairmen of the House and Senate Budget Committees, respectively.

"We are up against a deadline. That's unfortunate. But going forward, as a conference, we should have been meeting months ago to discuss these things, to have a unified strategy going forward," Ryan told CNN.

Ryan is trying to walk a fine line as he prepares for the speaker elections, knowing that things could blow up if members of the Freedom Caucus don't vote for him. Last week, the group said a supermajority of its members would back Ryan for speaker, but the Freedom Caucus did not officially endorse him.

Despite Ryan's comments and opposition from conservatives, many House Republicans predict that the deal will pass.

"I think it'll pass. I think it ought to pass," Rep. Tom Cole, R-Oklahoma, told reporters Tuesday after the GOP conference meeting.

Speaker Boehner, R-Ohio, defended the deal Tuesday at a press conference and said the alternatives were worse.

"Remember what the alternative was? A clean debt ceiling or a default on our debt. I would hope that the process in the future would have a little more length to it and involve more members," he said.

Asked if it is a gift to Ryan, if he becomes the next speaker, Boehner said, "I made it clear a month ago when I announced that I was leaving that I wanted to do my best to clean the barn. I didn't want him to walk into a dirty barn full of you know what."

Rep. Hal Rogers, R-Kentucky, chairman of the House Appropriations Committee, said Ryan was not involved in the negotiations and said it was "strictly a Boehner deal."

"I think it's a good deal. It's a legacy of Speaker Boehner," he said.

"Right now, I think that the process is problematic for many of us to have this large of a bill with these types of issues brought before the conference at the eleventh hour is troubling," said Rep. Mark Meadows, R-North Carolina.

The agreement would raise spending levels by $80 billion over the next two fiscal years and raise the debt ceiling through March 2017. The spending increases are offset through a variety of mandatory savings and reforms.

Boehner will step down from his leadership post and congressional seat on Friday.