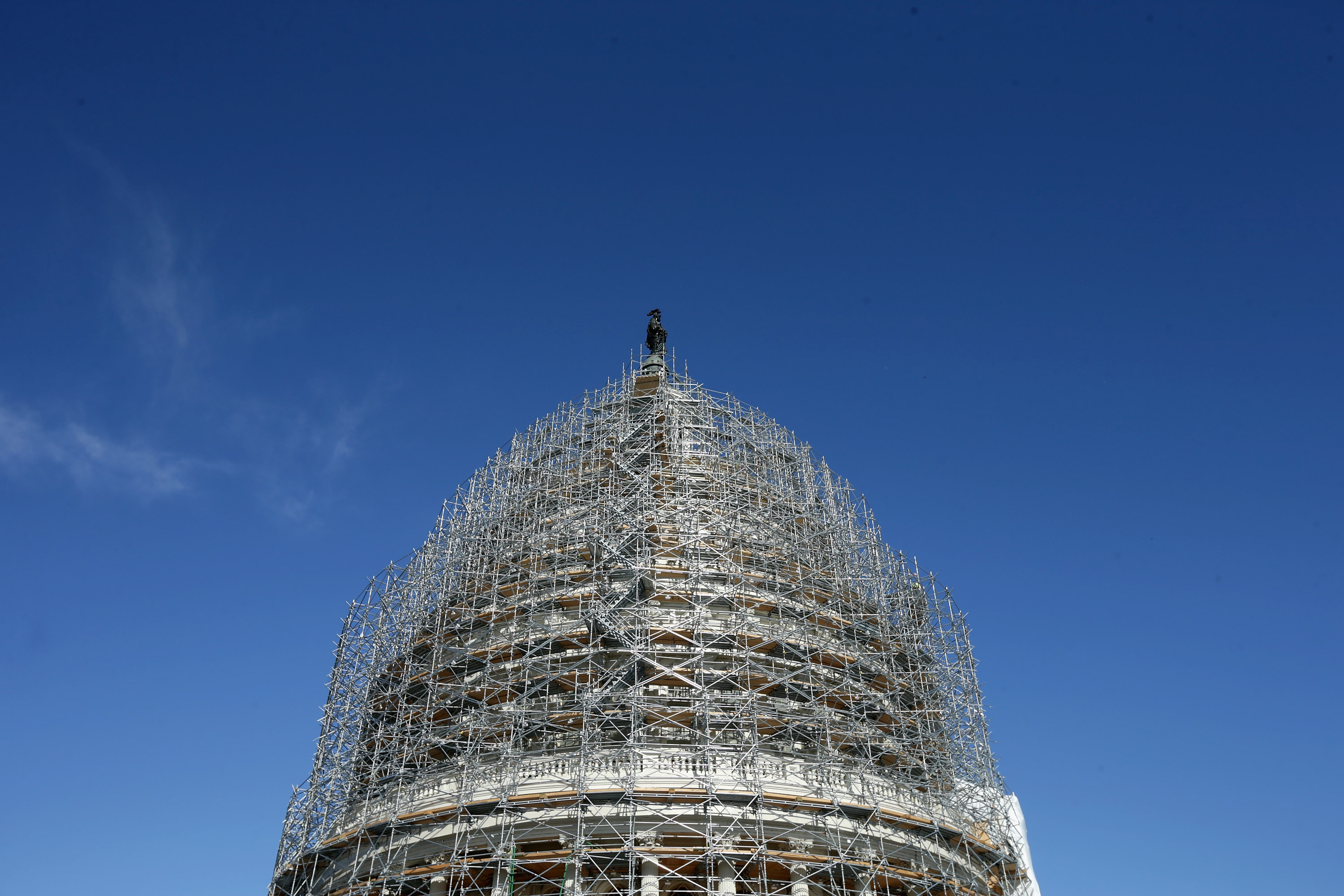 Congressional leaders and the White House reached a comprehensive agreement Monday night that would lift the debt ceiling through March 2017 and increase spending caps for the next two fiscal years.

House Republicans posted the final deal late Monday. The House could vote on it as early as Wednesday.

The 144-page deal would lift spending levels, imposed by a 2011 fiscal deal, for both the Pentagon and domestic programs equally for the next two fiscal years. For the rest of the current fiscal year, the deal would boost spending by $50 billion and increase spending for the year after by $30 billion.

The agreement would also address an issue with Medicare Part B by protecting millions of seniors from significant increases to their deductibles and premiums.

And for the debt ceiling, the deal raises it through March 2017 with no strings attached. Lawmakers have until Nov. 3 -- next Tuesday -- to handle it or risk a default.

A White House official said Tuesday morning that the deal meets key tests including raising spending equally on both sides of the federal budget.

"It is also an agreement that reflects our values--helping the economy grow, providing certainty for our businesses, and building middle-class economic security by investing in education, job training, and research while keeping America safe," the official said.

Rep. Darrell Issa, R-California, predicted after the House GOP conference meeting that "a majority of the majority" would support the deal.

But two conservative think tanks, Heritage Action for America and the Club for Growth, wasted no time announcing their opposition to the accord early Tuesday.

Heritage Action described the agreement as a "zombie budget deal" that would "increase the debt ceiling by at least $1.5 trillion and increase spending by at least $80 billion over the next two years in exchange for promises of spending reductions in the last few years of the ten-year budget window."

The agreement is a product of bipartisan negotiations that began on Sept. 17 between the White House and the offices of Speaker John Boehner, R-Ohio, House Minority Leader Nancy Pelosi, D-California, Senate Majority Leader Mitch McConnell, R-Kentucky and Senate Minority Leader Harry Reid, D-Nevada. A source said that negotiators worked through the weekend to finalize the agreement quickly.

If it passes, it would mean the debt ceiling and budget would not be unwelcome distractions during the 2016 campaign. And it's also likely that a substantial majority of Democrats in the House will be required to pass the measure.

Rep. John Fleming, R-Louisiana, a member of the House Freedom Caucus, said Monday, "There's a lot of skepticism from the conference," regarding the agreement.

The deal does not include a reauthorization of the Export-Import Bank's charter, which expired in June, but a reauthorization is already moving in a separate package in the House. It also excludes an extension of highway funding, which is set to expire at the end of the week.

To offset the $80 billion increase in spending, the deal implement savings from a range of programs. It would eliminate, for example, auto-enrollment for ObamaCare, which would require workers to automatically enroll in employer-sponsored healthcare coverage.

It would also implement long-term entitlement reforms to the Social Security Disability Insurance program to keep it solvent. The reforms would prevent a 20 percent across-the-board cut to beneficiaries that would otherwise occur next year if Congress does not extend the program. This marks the first significant reform to the disability program since 1983.

Under the deal, the U.S. would also sell oil from the strategic petroleum reserve and modify a crop insurance program.

And in exchange for easing spending ceilings now, the deal would extend those caps for mandatory spending through 2025.

Boehner had been intent on reaching a new budget deal and raising the debt ceiling before he leaves his leadership post and congressional seat at the end of the week. House Ways and Means Committee Chairman Paul Ryan, R-Wisconsin, is expected to be elected as the next House speaker this week.

Ryan negotiated the last budget compromise in December 2013 with Sen. Patty Murray, D-Washington, when they both served as chairmen of the House and Senate Budget Committees, respectively. That deal expired last month.

For months, the White House and Democrats had called on Republicans to hold negotiations over the spending caps for the next two fiscal years. President Obama has made clear that he would only sign legislation that would provide equal spending increases to both the military and domestic programs.

In his budget for example, he called on Congress to increase discretionary spending for 2016 by $37 billion on each side for a total of $74 billion more.

Obama and Treasury Secretary Jack Lew had also reiterated that the administration would only accept a "clean" debt ceiling increase.

The budget deal will lay the groundwork for the government spending package that Congress will have to pass by Dec. 11 to fund the government through next September.