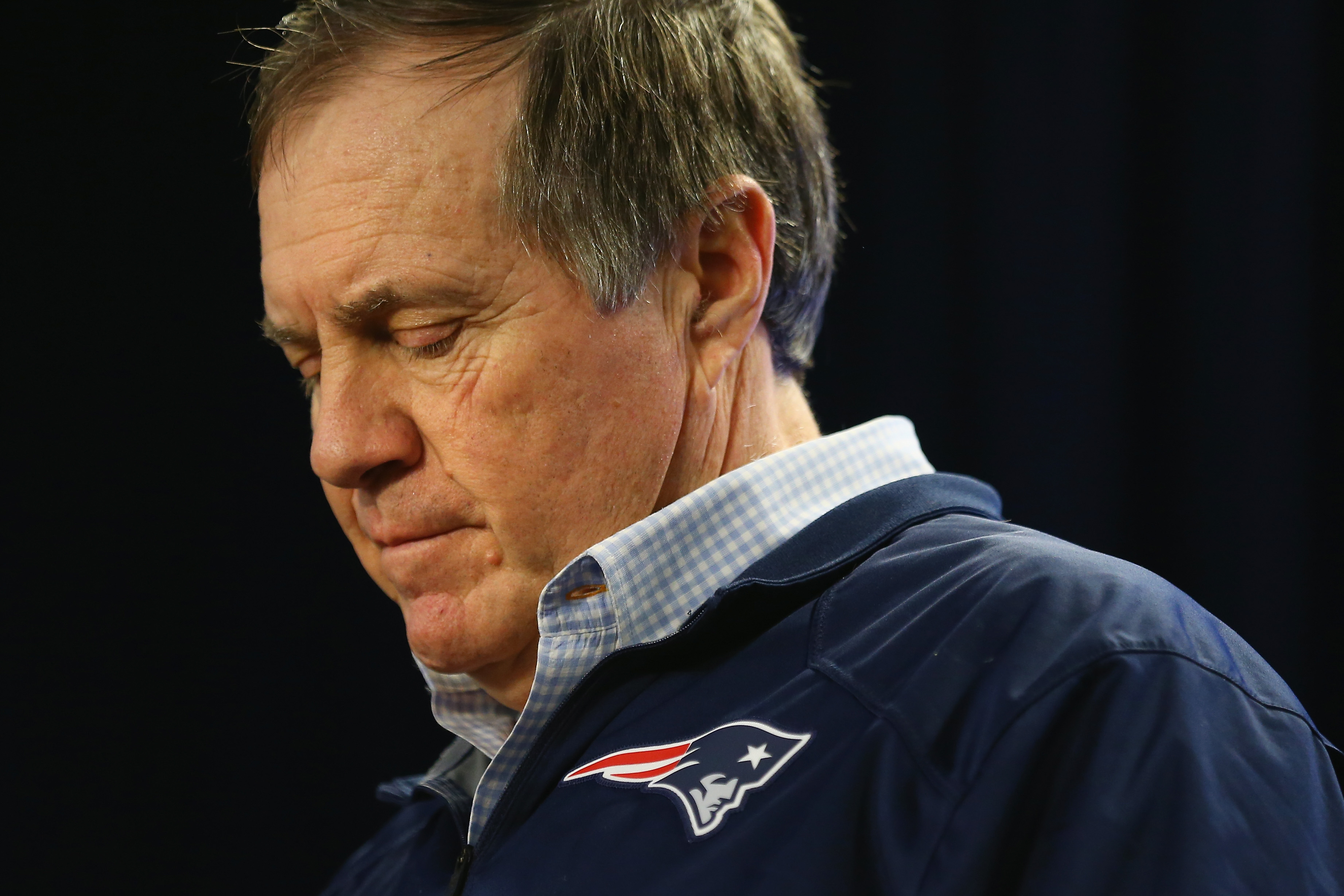 Patriots coach Bill Belichick said he had "no explanation" for how footballs may have been deflated prior to the team's AFC Championship game against the Indianapolis Colts.

Speaking at a news conference Thursday, Belichick said that he was "shocked" to hear about the initial reports of the tampered balls on Monday morning. He maintained that he had no knowledge of NFL protocol for how balls are handled after they are checked by NFL officials before kickoff.

"I would say I've learned a lot more about this process in the last three days than I knew or have talked about it in the last 40 years that I've coached in this league," Belichick said. "I had no knowledge of the various steps involved in the game balls and process that went through."

The NFL says its investigation into whether the Patriots used under-inflated footballs in the AFC title game is ongoing, after a report Tuesday night claiming the league found 11 of 12 balls were under-inflated.

Belichick, who said the team is cooperating with the NFL's investigation, said that in his entire coaching career, he had never talked to a player or staff member about football air pressure.

"We play with what's out there," he said.

Belichick said the balls used by the Patriots offense are inflated to roughly 12 1/2-pounds per square inch -- which is the minimum allowed by the NFL. He said from now on the Patriots would inflate footballs more to prevent them from dropping under the legal limit.

"We will take steps in the future to make sure that we don't put ourselves in this type of situation again," he said.

Belichick also said that his philosophy as a coach is to make the conditions of the football "as difficult as possible" in practice so his players are better prepared.

"Wet, sticky, cold, slippery - however bad we can make them, I make them," he said.

Michael Signora, the NFL's vice president of football communications, told CBS News simply, "We are not commenting on the matter at this time."

In their second round playoff game last week, Baltimore Ravens coach John Harbaugh accused the Patriots of using an illegal formation during the game. The NFL later determined that was not the case.