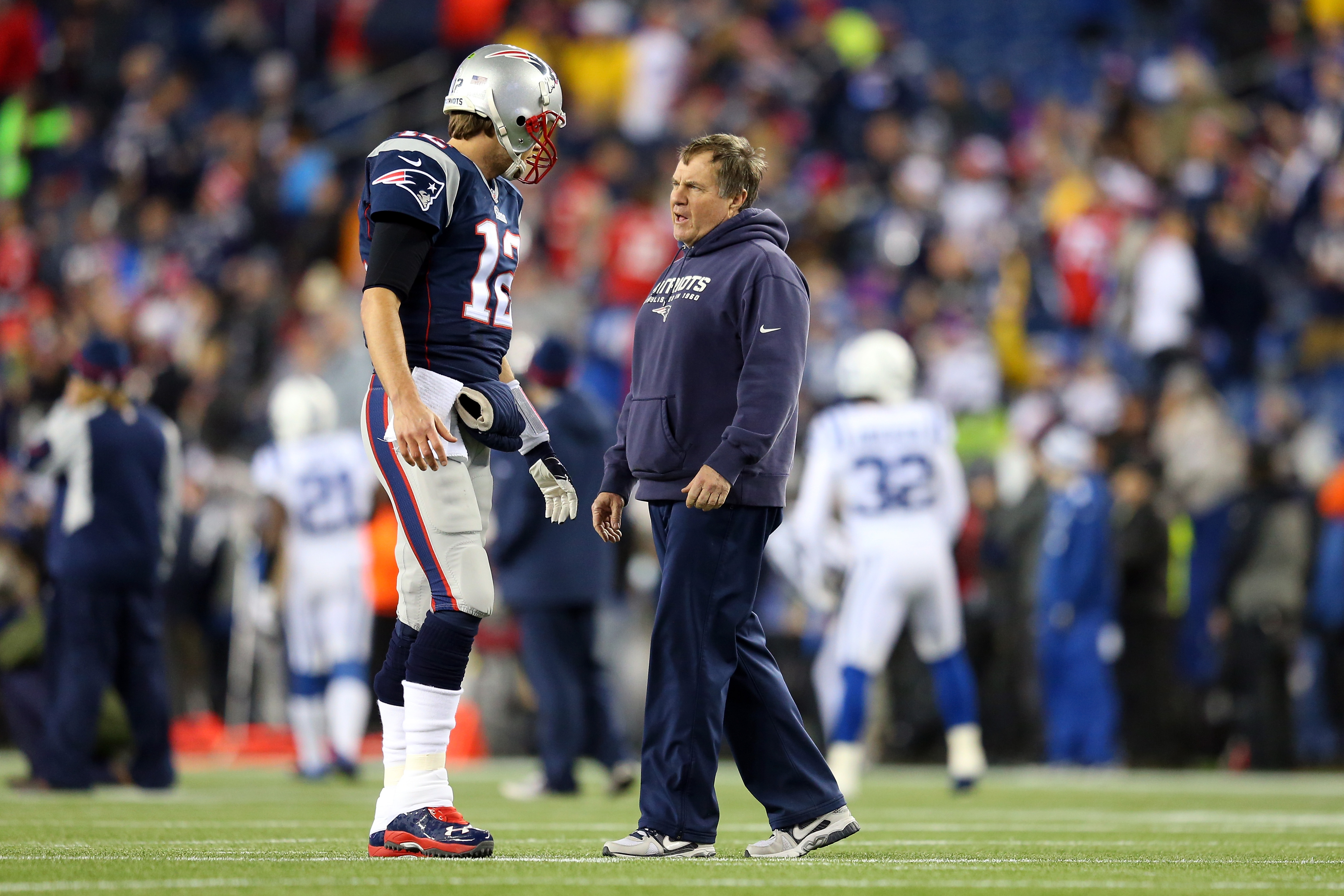 The NFL says its investigation into whether the New England Patriots used under-inflated footballs in the AFC championship game is ongoing, after a report Tuesday night claiming the league found 11 of 12 balls were under-inflated.

Michael Signora, the NFL's vice president of football communications, told CBS News simply, "We are not commenting on the matter at this time."

Vincent and Signora were responding to an ESPN report that cited anonymous league sources as saying 11 of the Patriots' 12 allotted game footballs were under-inflated by 2 pounds of air. ESPN did not say how that occurred.

The Boston Globe is also reporting that 11 of the 12 balls were under-inflated. The newspaper cites "an NFL letter about the investigation that was shared" with the Globe on Tuesday.

Game officials discovered at halftime that game balls were under-inflated, and tested each ball twice with different gauges, the Globe says.

ESPN notes that Vincent told ProFootballTalk.com earlier Tuesday that the league expected to wrap up its investigation in "two or three days."

ESPN cites one source as saying the NFL is disappointed, angry and distraught over what it's found so far.

"Two pounds may not sound like a whole lot," writes CBSSports.com's Jared Dubin, "but the NFL mandates that game-ready footballs be inflated with between 12.5 and 13.5 pounds of air. As noted by Yahoo!'s Dan Wetzel, a two-pound under-inflation means the balls were approximately 16 percent less inflated than normal."

What's more, Jason La Canfora of CBS Sports reports some members of the Baltimore Ravens "believe kicking balls used in their playoff game at New England were slightly under-inflated, according to league sources."

He cites his sources as saying, "Some on Baltimore's sideline believed there may have been irregularities with the kicking balls used in their AFC divisional playoff game at Foxborough, Mass., on Jan. 10. The Patriots won, 35-31.

"Baltimore's kicking and punting units were not getting their normal depth and distance, and some believed the balls they were using may have been deflated.

"An NFL spokesman said he had no knowledge of the Ravens filing a complaint."

The latest reports can only intensify the media storm surrounding the league in the two-week run-up to the Super Bowl on Feb. 1 in Arizona, when the Patriots will take on NFC Champions Seattle Seahawks.

Footballs that are below regulation weight are presumed to be easier to throw and catch.

Vice President Joe Biden, appearing on "CBS This Morning," joked with the hosts about the controversy on Wednesday morning.

"Having been a receiver, I like a softer ball," Biden said.

"I think I've heard it all at this point," Brady laughed. "That's the last of my worries. I don't even respond to stuff like this."

At a press conference Monday afternoon, Patriots coach Bill Belichick would only say of the controversy that he first heard of the accusations earlier in the day and that his team would cooperate with the NFL.

"11 of 12 balls under-inflated can anyone spell cheating!!! (hash)Just Saying" was the tweet from Hall of Fame receiver Jerry Rice.

"So we get to play the game again or nah? -" tweeted Colts cornerback Darius Butler.

Packers quarterback Aaron Rodgers said on ESPN radio in Milwaukee that he didn't like how referees who inspected balls before games take air out of the game balls.

"I have a major problem with the way it goes down, to be honest with you," Rodgers said. "The majority of the time, they take air out of the football. I think that, for me, is a disadvantage."

Rodgers said referees have a set range in which they "like to set game balls," and that he always liked the higher end of the range because of his grip.

"I just have a hard time throwing a flat football," Rodgers said. He thought a slight majority of quarterbacks like footballs on the flatter side.

Patriots quarterback Tom Brady said the investigation is the least of his worries. And tight end Rob Gronkowski tweeted a photo poking fun at the situation.

In their second round playoff game last week, Baltimore Ravens coach Jim Harbaugh accused the Patriots of using an illegal formation during the game. The NFL later determined that was not the case.