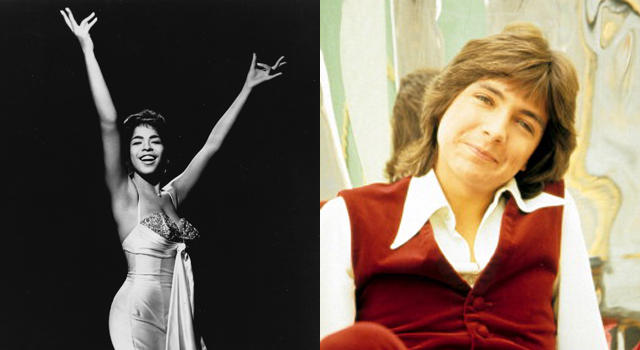 It happened this past week ... the loss of two performers of different styles and generations.

A popular singer beginning in the 1950s, Reese branched out to television, where she was the first African-American woman to host her own talk show.

An accomplished actress as well, she is perhaps best remembered as one of the stars of the popular CBS series, "Touched by an Angel."

To hear Della Reese perform her 1959 hit, "Don't You Know," click on the video player below:

He burst onto the scene in 1970 as clean-cut Keith Partridge on "The Partridge Family" TV show.

He sang the group's big number one hit ("I Think I Love You"), and was greeted on the road by thousands of adoring young fans.

In a bid to counter his "goody-good" image, Cassidy provocatively posed nude for Rolling Stone photographer Annie Leibowitz in 1972.

The decades that followed were not so kind to the one-time teen heartthrob. He struggled with substance abuse; was divorced three time; declared bankruptcy in 2015; and then, sadly, told the world this past March that he'd been diagnosed with dementia.

To hear the Partridge Family perform I Think I Love You," click on the video player below: