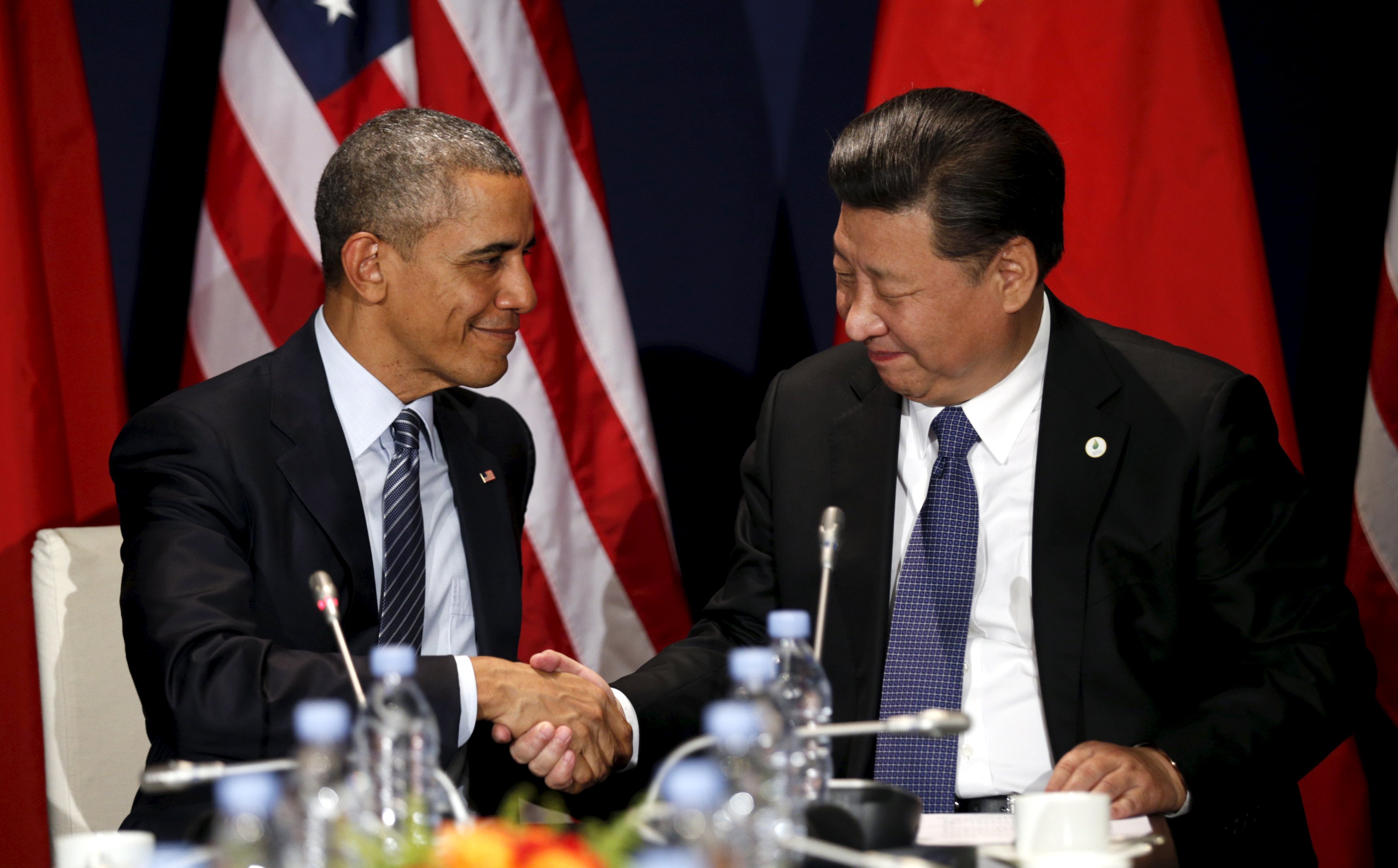 More than 150 world leaders, along with negotiators from 196 countries, have descended on Paris for a United Nations climate conference with the goal of forging a new global treaty to require deep carbon emission reductions and to help poor countries that can't afford to cope with the effects of global warming.

The treaty is meant to keep global temperatures from rising more than two degrees Centigrade (3.6 degrees Fahrenheit) over what they were in preindustrial times.

U.N. Secretary General Ban Ki-moon put the onus of leadership on the largest nations at the table, saying that the G20 countries "account for more than three-quarters of greenhouse gas emissions."

President Obama's participation and presence in Paris is seen as a leadership boost for the climate conference.

"What makes this gathering different is that more than 180 nations have already submitted plans to reduce the harmful emissions that help cause climate change, and America's leadership is helping to drive this progress," Mr. Obama said in a Facebook post.

Janos Pasztor, the U.N. Assistant Secretary General on Climate Change, told CBS News he believes there will be an agreement, but admitted he is, "worried about 196 parties, because they all need to make an effort to convert what is now a reasonable convergence at a political level into text to be negotiated in a very short time."

The 50-page draft document for the summit (the precise length of which changes daily) is fraught with potential disagreements.

Last month the U.N. released a first draft of the negotiating text with chapters on all aspects of climate change and finance. The text came as a planned part of the U.N. Framework Convention on Climate Change (UNFCCC), an international environmental treaty that was opened for signature at the Earth Summit held in Rio de Janeiro in 1992 and which came into force in 1994.

For years, the world's worries had focused on the two biggest emitters of greenhouse gases: China and the United States. Today, both have made serious commitments and are no longer the outliers in the climate change agenda, experts say.

Presidents Obama and Xi Jinping announced a U.S.-China agreement in November 2014 in Beijing. Since that time, the United States has finalized the Clean Power Plan, which will reduce carbon dioxide emissions from the power sector to 32 percent below 2005 levels by 2030, and pledged to reduce emissions by 26 to 28 percent by 2025, compared with 2005 levels.

Pasztor agrees that the U.S. and China are onboard for an agreement.

"The challenge now is to move much further and faster to reduce global emissions so we can keep global temperature rise to below two degrees Celsius. At the same time, there must be support to countries to adapt to the inevitable consequences that are already upon us," he said.

The two-week conference in Paris is not the end point, Pasztor added, saying "it must mark the floor, not the ceiling of our ambition."

In anticipation of the need to pay for the changes, the World Bank Group unveiled a new plan that will require $16 billion for Africa to adapt to climate change, the details of which will be unveiled at the Paris conference. Some experts, including World Bank President Jim Yong Kim, believe the commitments countries have made before even showing up to Paris are the key to success.

"Ahead of the Paris talks, more than 160 countries have submitted their national plans -- the Intended Nationally Determined Contributions (INDCs) -- that show trillions of dollars of potential demand for climate investments... We pledged a one-third increase in direct funding for climate and, overall, could see an annual funding total of as much as $29 billion by 2020," Kim told CBS News. "Climate change is a grave threat to all of us, undermining stability and peace by intensifying stress over water access, food insecurity, and vulnerability to storms and heat waves."

The INDCs, experts say, are the indicators of what the biggest polluters, including the United States, China, Europe and India, are really willing to do.

Ban, the U.N. Secretary-General, said the leaders were in Paris "to celebrate the start of two historic weeks during which governments will forge a shared, global response to climate change."

"Leaders," Ban added, "bear responsibility for the success of the negotiations."

Not everyone thinks an agreement will come out of the talks, but Christiana Figueres, the Executive Secretary of the UNFCCC told CBS News last month that it's important for countries to see how much their economies can benefit in jobs and in health by signing on to an agreement.

Former New York City Mayor Michael Bloomberg, the U.N.'s Special Envoy for Cities and Climate Change, was positive about the Paris summit, but realistic about reaching an agreement when he spoke last week at a Council on Foreign Relations symposium.

Bloomberg believes cities are at the core of climate change, and he's upbeat about the noises he's heard from China.

Underscoring his point, as the Paris conference got underway Monday, air pollution in Beijing was off the charts.

The air quality index for the Chinese capital, which measures levels of poisonous "PM2.5" particles in the air per cubic meter, was close to 550 -- a record for 2015. The World Health Organization puts the safe level at 25.

"India," Bloomberg said, "is a much bigger problem. It is going to be bigger than China in another few years, and it is so poor."

"I don't think anybody has a right to expect that you're going to sign an agreement that everybody will live by that will solve the world's problems. Nobody ever expected that," Bloomberg warned, "But we'll come out of this better than if we didn't have this whole process."