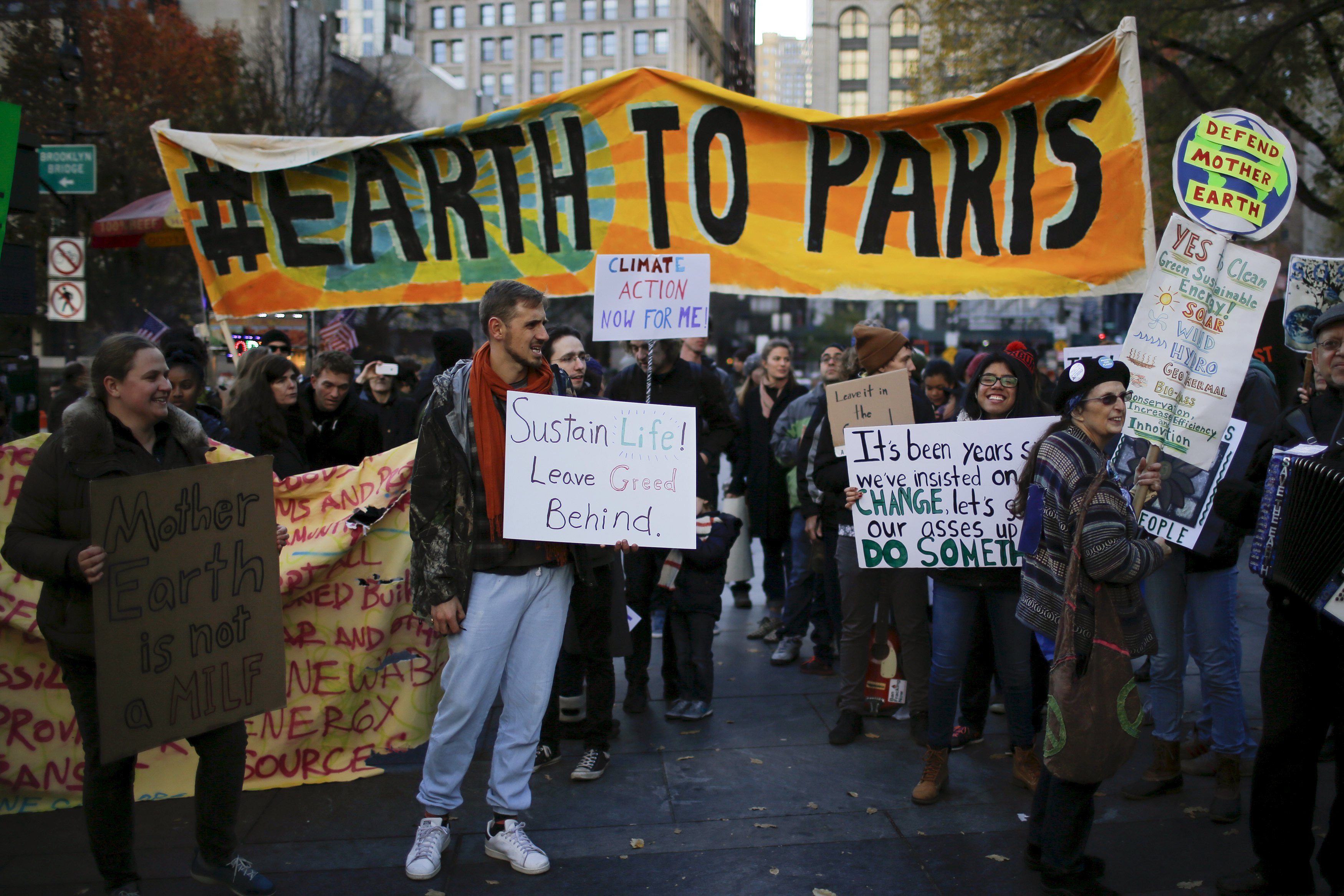 Monday marks the beginning of a major two-week climate summit in Paris where dozens of world leaders will negotiate over ways to slow the pace of climate change. Here's what you need to know.

What is the meeting?

The meeting goes by several names - the United Nations Climate Summit, the 2015 Paris Climate Conference, or COP21, which stands for the 21st meeting of the Conference of Parties that are part of the United Nations Framework on Climate Change. The first COP meeting took place in Berlin in 1995, and the most famous of these was COP3, which resulted in the 1997 Kyoto Protocol to limit greenhouse gas emissions.

A 2009 conference in Copenhagen failed to produce a meaningful agreement, so world leaders are trying again to jumpstart the negotiations.

Who will be there?

About 150 world leaders and than more than 40,000 delegates representing 195 countries will attend the conference in Paris.

How has it been affected by the Paris attacks?

The conference begins less than three weeks after the Paris terror attacks that left 130 people dead and scores more injured. Paris and other European cities are still on high alert, and concerns about a repeat attack led the authorities to ban thousands of demonstrators and environmental activists who are urging their governments to make steep cuts to emissions and help poor countries deal with global warming.

During a press conference with French President Francois Hollande earlier this month, President Obama said going ahead with the climate summit in spite of the heightened alert levels would send "a powerful rebuke to the terrorists."

At another news conference, he said, "I think it is absolutely vital for every country, every leader to send a signal that the viciousness of a handful of killers does not stop the world from doing vital business."

The president left Washington, D.C. Sunday to attend the talks. After he arrived, on Sunday evening, he went with French President Francois Hollande and Paris Mayor Anne Hidalgo to the Bataclan, the site of one of the attacks, to pay his respects to the victims. According to the network pool accompanying him, Mr. Obama stood for a long minute of silence before the many candles and flowers and wordlessly laid a single rose at the makeshift memorial.

What is the goal?

Nations are working toward a global, legally binding agreement that will lower greenhouse gas emissions in order to keep global warming below 2 degrees Celsius (35.6 degrees Farenheit) - the critical number identified by scientists. Once global warming climbs beyond that threshold, they say, the earth's land, food and water supply would be harmed, endangering the planet's population.

The 2014 Intergovernmental Panel on Climate Change (IPCC) said the planet has already warmed by 0.85 degrees Celsius from 1880 to 2012 and could increase by another 1.5 to 4 degrees by the end of the century, compared to 1850.

At the COP20 meeting in Lima last year, governments agreed to submit their pledges to limit greenhouse gas emissions. Climate negotiators are pushing for stronger commitments in Paris as a necessary step toward building the world's economic future.

"It would also show investors that the world is firmly committed to a low-carbon future, which is exactly the signal the private sector needs to go all-in on renewable energy technologies, create new markets and new jobs," Paul Bodnar, the National Security Council's senior director for energy and climate change, told reporters.

Bodnar also said that the negotiators will look for ways to have countries regularly update their greenhouse gas emission reduction targets.

The U.S. is looking to get major emerging countries more involved, as shown by President Obama's scheduled meetings with Chinese President Xi Jinping and Indian President Narendra Modi on his first day at the conference.

President Obama is also meeting with island nations that are most susceptible to changes in sea level because of climate change, including Seychelles, Kiribati, St. Lucia and Barbados.

Will they achieve their goal?

The year leading up to the Paris climate talks was preceded by some significant actions that suggest there is momentum headed into the talks.

During a summit in Beijing last year, Mr. Obama announced a U.S. pledge to cut emissions by 26 percent to 28 percent by 2025, compared to 2005 levels. China did not give a specific amount it would cut, but set a target for its emissions to peak by 2030 or earlier if possible.

The two nations combined are responsible for nearly half the world's carbon emissions.

Just before that agreement, the European Union also agreed to cut emissions 40 percent below 1990 levels by 2030.

The current climate agreement, known as the Kyoto Protocol, came under scrutiny because it never required China and other developing nations to make cuts. As a result, the U.S. did not sign onto the agreement, and it covers only about 14 percent of global emissions.

The White House said last week that that 170 countries, representing 90 percent of global emissions, have put forward their post-2020 targets for reducing carbon emissions ahead of the climate conference. And they pointed to an independent analysis that said the commitments would limit the rise in warming to 2.7 degrees by the end of the century. This would be 0.7 degrees higher than the critical 2-degree number, but it's a marked improvement over the 4-degree rise researchers said would occur without action.

Timmons Roberts, a senior fellow in Global Economy and Development at the Brookings Institution, said the Paris negotiations are promising because now people can see the effects of climate change in their lives: they feel the hotter, longer summers; "spring comes earlier, and major weather events are becoming more frequent," he said.

He also argued that improvements in the American economy, the low price of solar and wind power and a push from Pope Francis to act on climate change make success more likely.

Experts are less certain the countries will be able to reach an agreement on how to finance the fight against climate change. At previous meetings, the richer countries pledged $100 billion by 2020 to help poorer countries move away from carbon-fueled growth.

What challenges does Obama face?

While world leaders may be moving toward an agreement on climate change, the Republican-led Congress is looking for ways to block the promises Mr. Obama has made.

The House will vote this week to repeal rules by the Environmental Protection Agency to cut carbon emissions from power plants, according to the Wall Street Journal. The rules are the major vehicle through which the president was hoping to achieve a reduction in U.S. carbon emissions.

Nearly half of states are also suing to block the rules from taking effect, arguing the administration overstepped its authority.

Some Republicans also oppose giving U.S. dollars to the U.N. Green Climate Fund, which would help poorer countries combat climate change. They may seek to block Mr. Obama from giving any of the $3 billion the U.S. has pledged for the fund in the next spending bill, which they must pass by Dec. 11.

White House officials have not outlined a strategy to work with Republicans on the issue, aside from calling it a "priority" for Mr. Obama. In a speech on the Senate floor, Sen. Jim Inhofe, R-Oklahoma, accused the president and State Department of "recklessly leading the world to believe we will live up to emission reductions the administration can't substantiate and won't even defend before congressional committees."

U.S. officials have indicated that any agreement from the climate talks should not be called a treaty, which would need ratification from the Senate.

Who will suffer the most as climate change fuels heat waves in India?