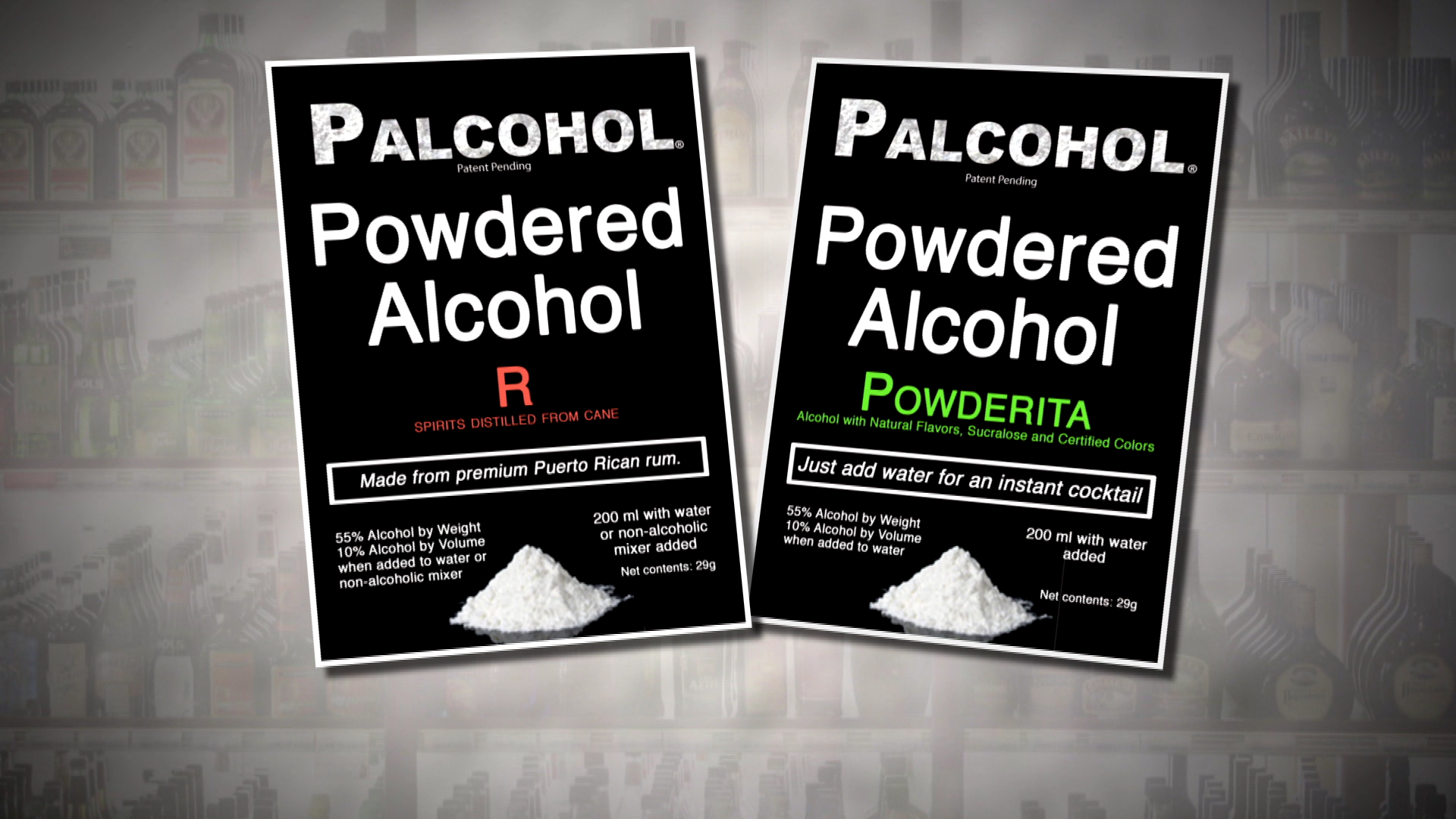 Just add water and shake. It's as simple as that. Thirty seconds later, the Palcohol becomes a cocktail, ready to drink.

Yet lawmakers across the country are raising concerns about the powdered alcohol's potential dangers. While the federal government has approved Palcohol, more than a dozen states have banned it or are considering bans, reports CBS News correspondent Jan Crawford.

Palcohol's creator Mark Phillips, who spoke only with "CBS This Morning," said those fears are widely overblown and that his opponents could maybe use a good, stiff drink.

Phillips, who often enjoyed an adult beverage after his outdoor activities, found carrying bottles too burdensome.

"If they're an outdoor enthusiast and they're going hiking, backpacking, biking, kayaking, boating -- anywhere where weight is an issue, having powdered alcohol is a lot lighter than liquid alcohol," Phillips said.

So far, four varieties have won government approval: rum, vodka, cosmopolitan and powderita, similar to a margarita. Each pouch is roughly equivalent to one mixed drink. Phillips is tight lipped about the price.

"It will be sold in stores and we expect it to be sold online also," Phillips said.

New York Sen. Chuck Schumer is a Palcohol prohibitionist. He will introduce a bill on Thursday that would ban powdered alcohol nationwide, making it a crime to make, sell, distribute or possess it.

"When you drink regular alcohol, beer, wine, hard liquor, it's in liquid form -- you can't ingest that much that quickly. But when it's powdered form, you can ingest a whole lot and do real damage to yourself," Schumer said.

Critics also worry powdered alcohol could be used to spike drinks or even snorted for a quicker buzz. Phillips dismissed those fears.

"It really burns to snort it. Really uncomfortable. Because it's alcohol. As you would if you sniffed liquid vodka -- it would burn like crazy," Phillips said. "There is nothing pleasant about it."

Phillips said each vodka packet contains enough alcohol to fill only one shot glass, and it would take an hour to snort it all.

He thinks his opponents should just put a cork in it.

Phillips says he expects approval for a fifth Palcohol flavor next week -- lemon drop. He hopes to have Palcohol packets available on store shelves this summer.