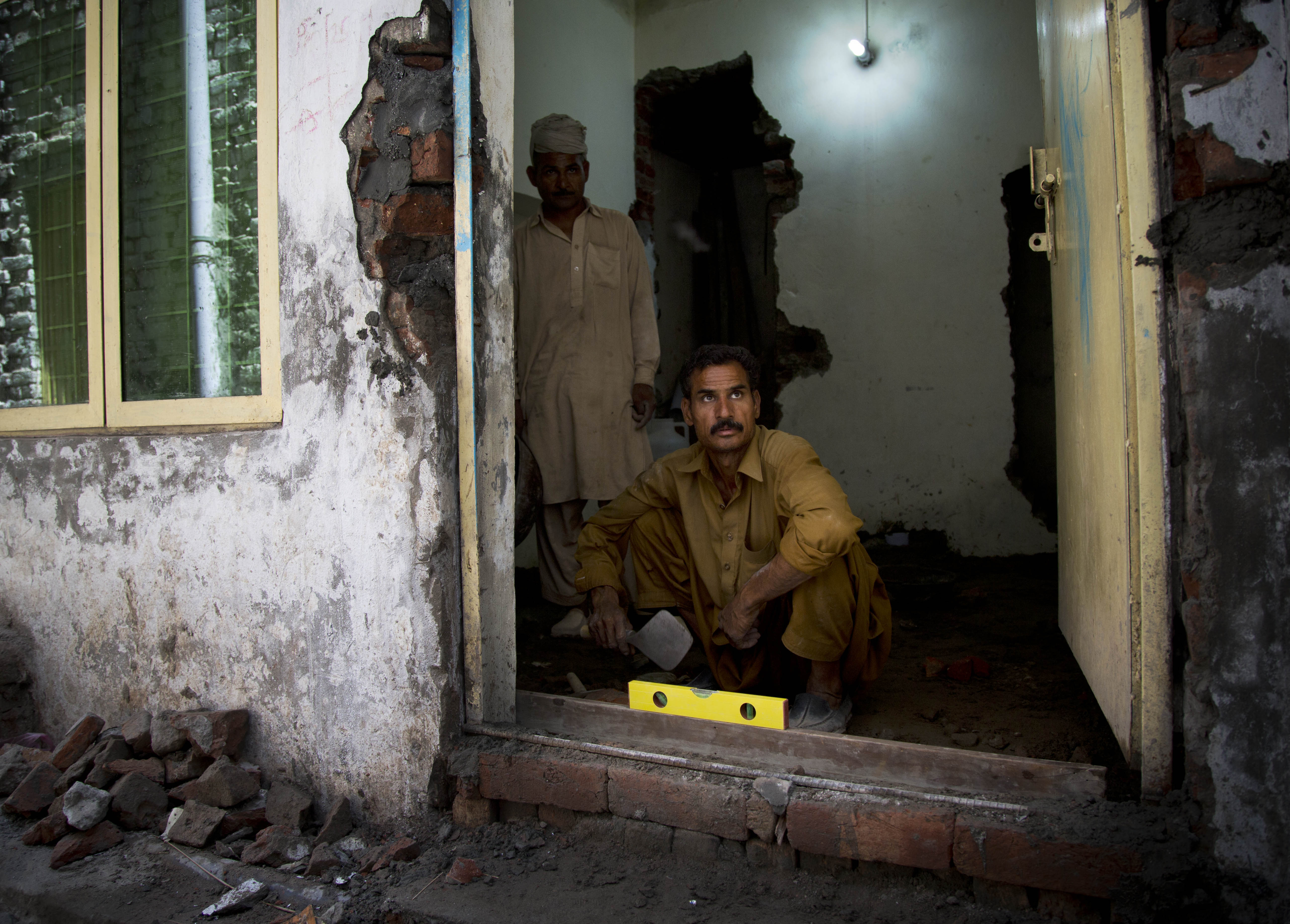 Lahore, Pakistan As Pakistan's politicians focus on Saturday's parliamentary elections, which will mark an unprecedented transfer of power from one elected government to another without the powerful army's involvement, Chaman Masih is worried about the future of his tiny Christian minority.

"We have no future in Pakistan. We should all leave this country and settle in another country, maybe America," the 75-year-old told CBS News.

Masih became embroiled in the latest case testing Pakistan's controversial blasphemy laws when his son Sawan, 26, was recently accused of committing the offense against Islam, which is technically punishable by death in Pakistan.

Now settled back into his tiny two-room home in the Joseph Colony, a predominantly-Christian enclave in Pakistan's central city of Lahore, Masih vividly remembers the March 8 ordeal when more than 1,000 Muslim extremists torched hundreds of homes in his neighborhood.

The attacks on the Christians came just three days after Sawan was accused by one of his friends of uttering profanities against Islam. Masih's case once again prompted outcries that Pakistan's small Christian minority is being targeted. Christians form less than two percent of Pakistan's population of 190 million, according to community leader.

On May 7, a Pakistani provincial high court in Lahore granted bail to nine men accused in the attack on Joseph Colony, citing a lack of evidence.

The similar case of a Christian teenage girl arrested and charged with blasphemy in the summer of 2012 is often cited by Pakistan's Christians as another example of the dangers they face. She was arrested by police in Islamabad after being accused by one of her neighbors of tearing pages inscribed with Islamic verse from a book.

The girl was eventually released after it was discovered that a local Islamic cleric had planted the torn pages of Islamic writing in her bag to frame her.

Sawan Masih told CBS News there are similarities in the two cases that show a malicious push by Muslims in both Lahore and Islamabad to try and seize Christian-owned properties.

"In Islamabad, the owner of (the girl's) home was seeking to get the house vacated. Here in the Joseph Colony, too, there are people who want us to leave our homes. This is very precious real estate."

A senior government official in Lahore, capital of the populous Punjab province, told CBS News on the condition of anonymity that he had heard rumors that Muslim businessmen near the Joseph Colony wanted to seize the land, but there was no verifiable evidence.

"It is true that Joseph Colony exists on what constitutes a very precious piece of real estate. The problem, however, is there is no written evidence of exactly what was behind the intent of these attackers," said the official.

He said that in the case of the young woman in Islamabad, "there were indications that the landlord of their two-room house wanted the family to vacate their home and may have inspired the mullah (cleric) to fabricate the evidence."

Community leaders in the Joseph Colony said about 1,500 residents have returned to their homes, but they live in fear. Their return was facilitated by the Punjab provincial government, which immediately gave grants of about $5,200 per family to rebuild homes immediately after the attacks.

"The physical structures have been repaired but the confidence of my flock is shattered," said Afzal Bhatti, the priest at a Seventh-day Adventist Church in Joseph Colony.

Bhatti's church was one of two in Joseph Colony torched in the March rioting. Pointing at his newly-rebuilt church, Bhatti said it was "better than the previous one. But my community needs to be convinced that in Pakistan they will never be targeted again".

A Western diplomat in Islamabad who tracks religious freedom in Pakistan said Saturday's elections may help to consolidate the country's democracy, but they will not ease the minds of the country's Christians.

"Part of the problem in Pakistan is that Islamic militants are a strong force," said the diplomat, who also spoke on condition that he not be named. He said the Taliban was gaining clout in parts of Pakistan and neighboring Afghanistan, which "does not help improve the comfort level".

"The fears from Christians are not unfounded," admitted a second Pakistani government official. "Even as we look at the elections as a good thing, we have to make certain that Islamic hardliners do not target Christians again in future."

The Western diplomat said the application of the blasphemy laws in Pakistan had created a "very difficult situation."

"Often you have cases where it is one man's accusation against another that leads to his arrest. Christians find themselves more vulnerable because they are a minority, and you have had many cases where hardliners have just ganged up against them," explained the diplomat.

Ahead of Saturday's vote, many Joseph Colony residents said they had little hope that conditions would improve with the election of a new democratic government.

"We can't be certain that life will get any better. You may have a new parliament elected without the involvement of the army, but will the new members of parliament be more sympathetic to Christians than the previous ones" Shameel Masih, a 17-year-old college student asked rhetorically. "So far, there are no signs that suggest a better promise for the future of Christians in Pakistan."