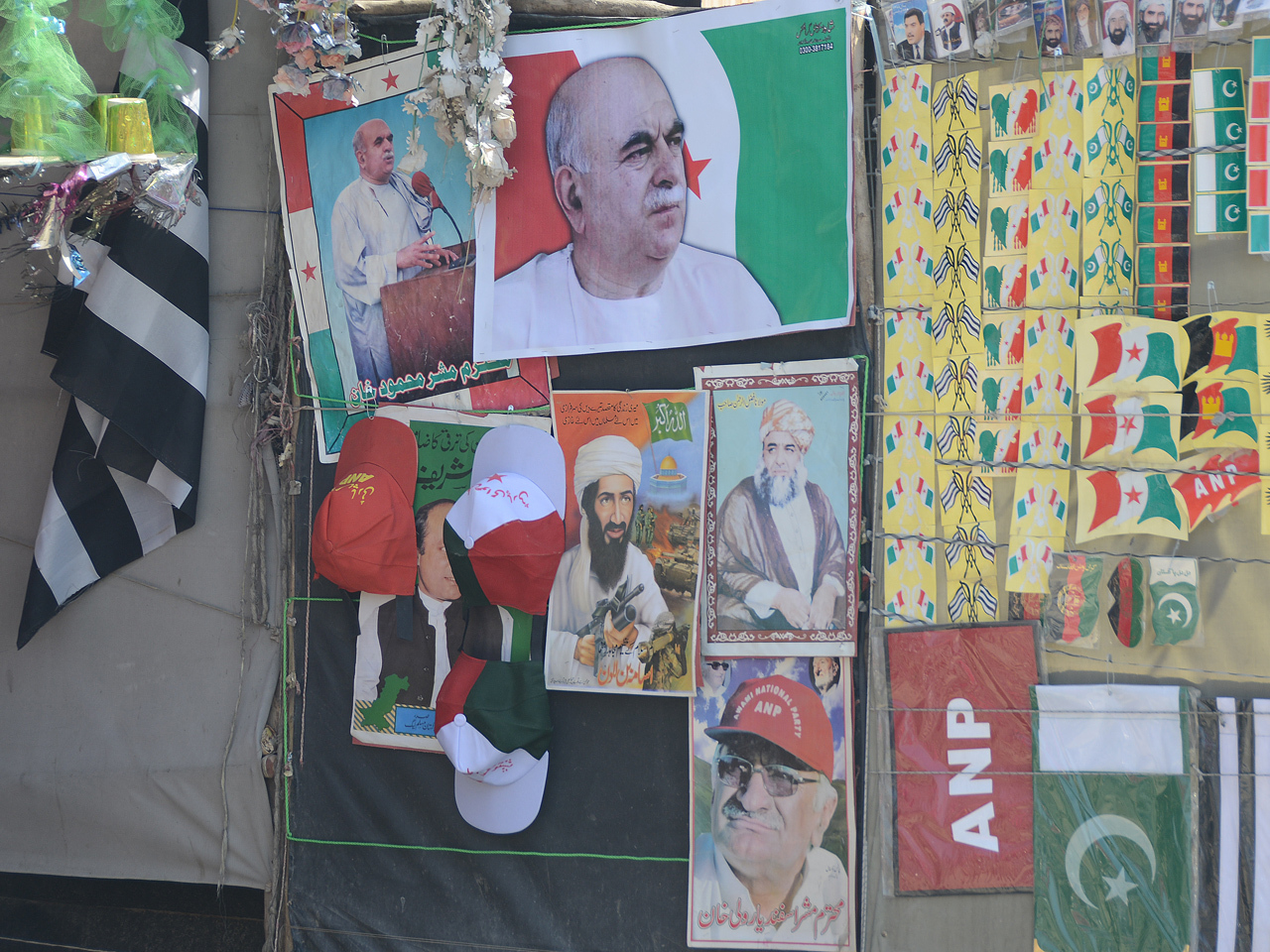 Kuchlak, Pakistan Amid the sea of campaign posters plastered on a wall in this suburb of Quetta, Osama Bin Laden's face stares out at passers-by. His image has little to do with the upcoming election. It's straight-forward al Qaeda propaganda. Even a year after his death, Bin Laden remains a local hero to many in this corner of Pakistan.

Around Quetta, support for Islamic fundamentalism thrives. The city, only about 50 miles from the border with Afghanistan, functions as a haven and command center for the Taliban.

On May 11, Pakistanis will go to the polls to elect a new parliament in a vote which -- for the first time in the nation's 66-year history -- will not be directly influenced by the country's powerful military. That's a landmark. Pakistani voters tired of corrupt, cynical politics dare to hope this ballot can bring the seeds of real political change.

But there are few such hopes around Quetta. Here, there are fears that that the Taliban and its allies are poised for a violent comeback, especially with the U.S. and its allies due to pull thousands of troops out of Afghanistan at the end of next year.

"The elections will only bring fresh hope for people like us if there is security," says Khadija Khudaidad, a 21-year-old psychology student at a Quetta university. "Right now, there is no security."

Every week, Khudaidad visits her uncle's grave. He was shot along with 10 other minority Shiite Muslims by pro-Taliban gunmen. The Taliban, like the majority of Pakistanis, are of the Sunni Muslim sect. Since the U.S. military operation across the border made attacking NATO forces riskier, the Taliban has increased its attacks on soft targets at home; frequently taking aim at the Shiite minority.

On January 10, two powerful blasts at a billiards hall frequented by Shiites in Quetta killed 81 people. On February 16, at least 65 people were killed and more than 200 wounded when a bomb hidden inside a tanker blew up at a market in a predominantly Shiite Quetta neighborhood.

A senior Pakistani intelligence officer tells CBS News both attacks appeared to be the work of Lashkar-e-Jhangvi (LeJ), a hardcore militant group with known ties to al Qaeda and the Taliban.

"If America's mission was to take out the roots of militancy from Afghanistan and Pakistan, that's clearly been a failed mission," one senior Western diplomat in Islamabad told CBS News. He added that, in his view, Islamic militants in the region, "are all over, and they are unfortunately gaining confidence fast."

At the main bazaar in Kuchlak, men chat in front of traditional roadside cafes and enjoy the spring sunshine. They are casual observers to the daily flow of Taliban militants and supplies that is ferried on trucks, jeeps and motorcycles across the largely un-policed Pakistan-Afghanistan border nearby.

"Pakistan and Afghanistan are brotherly countries," says Shehzada Ahmedzai, a Pakistani trader who crosses the border regularly himself to sell tobacco and other everyday goods. Speaking to CBS News in Quetta, Ahmedzai calls the Taliban "our brothers."

"They cannot be stopped from going around freely in Pakistan."

Not all of Ahmedzai's countrymen are quite so at ease with the militants' presence, However. Fears that they might be poised to try and tighten their grip on the region are of particular concern to members of Baluchistan's Hazara tribe, who, like Khadija Khudaidad, are Shiite Muslims.

Hazara leaders in Pakistan warn that if the government fails to stop attacks like those in January and February, it will not just further destabilize Pakistan, but also neighboring Afghanistan.

"If such violence continues, how will you ever have peace?" asks Abdul Khaliq Hazara, a politician in Quetta from the tribe for which he is named. "The authorities know where the militants are coming from, but no one wants to do anything about it."

Mirza Mohammad Hasan, a Shiite 22-year-old photo journalist in Quetta whose brother was among the victims of the January attack, told CBS News the withdrawal of U.S. forces in Afghanistan, "will encourage these people to go out and kill more of our people."

On a visit to the billiard club where his brother died, Hasan said that in some parts of Baluchistan, "militants are already out in large numbers. We have no way of dealing with this menace."

CBS News asked a senior government official in Quetta what could be done to address the festering "menace" in the province. He would only acknowledge the "difficult" challenged posed by the Taliban and its allies in the region.

Asked about the bin Laden poster displayed prominently on a wall in Kuchlak, another government official in Quetta admitted that it "puts Pakistan in a very negative light."

He added, however, that "confronting these people would mean that we begin a bloody new war. After more than 10 years in Afghanistan, even the Americans are tired. How can Pakistan, with its limited resources, start another war?"