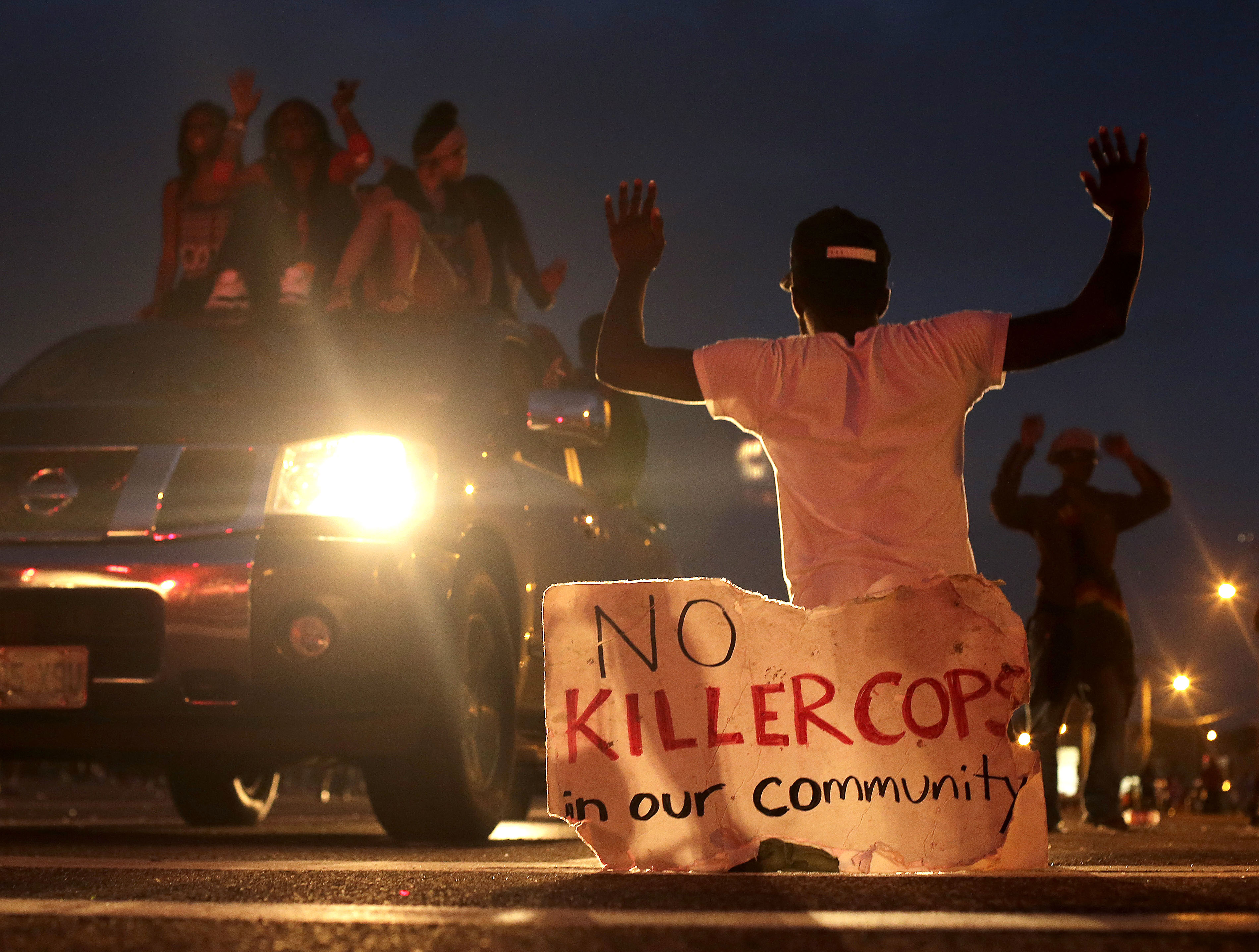 "Why y'all calling us animals" he yelled to policemen nearby.

The 21-year-old lives in Michael Brown's apartment complex. He's frustrated with police and outsiders who have come here to do more than shout.

"Those people who are smashing stores, those people are from different sides, from the south side," he explained. "Those are the people coming for that purpose, to steal, to take advantage of the situation and that's not right."

When night falls, new faces appear in the largely peaceful crowd. Their identities are often concealed.

"We got the same ammunition you got," said one man, whose face was hidden behind a bandana.

The New Black Panther Party is here. So is a group calling itself the Revolution Club of Chicago.

But there are also voices for calm.

Dinah Tatman is a pastor from nearby Bellafontaine. She comforted residents of an area targeted by looters.

"When that happened how did you feel," she asked one woman. "I felt my heart sink," she replied.

As times go on and crowds get bigger, Tatman says it gets harder to tell who is who.

"I can't tell if they're from this community or not because all of them have been down here since day one," she said. "What I try and do is go and diffuse."

But there are moments of reconciliation.

"If nothing else, you have that one or two you try to encourage, to plant a see that what you're doing is wrong," Tatman said. "I had a young man tell me after we dialogued, with his hands full of merchandise.