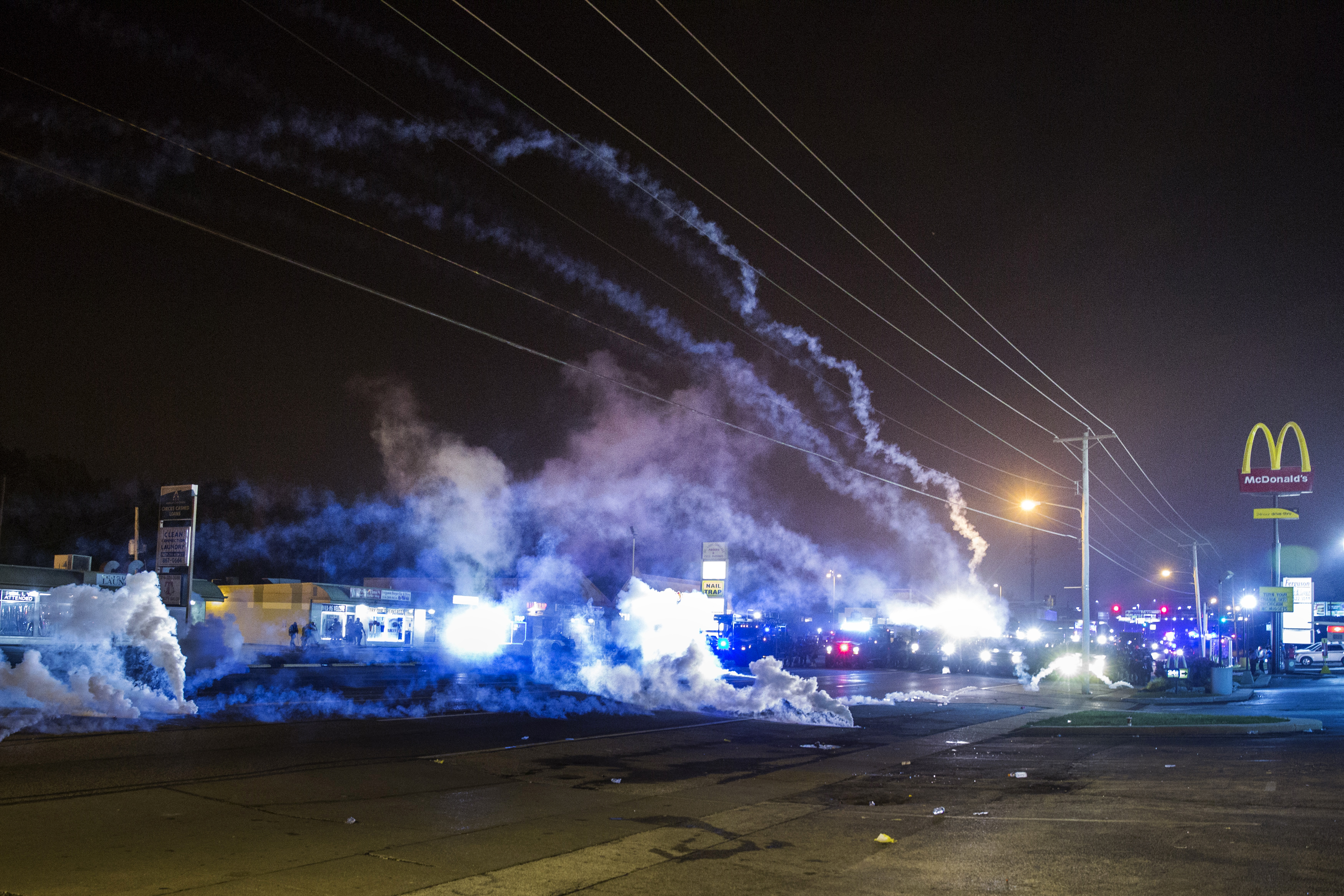 Missouri Gov. Jay Nixon deployed his state's National Guard after a week of unrest in Ferguson, Missouri, following the shooting death of Michael Brown, an unarmed black teenager, by a white police officer. The use of the reserve military force to quell civil unrest is not unprecedented, but it does signal a new level in the crisis gripping the St. Louis suburb.

Here's the latest on key questions regarding the deployment:

There are about 11,000 Guard members in Missouri. Only about 80 have arrived in Ferguson so far. CBS News' Vladimir Duthiers reports that most are military police.

Who will command the troops?

The Missouri National Guard answers to the state's commander-in-chief, Gov. Jay Nixon, but it can also be mobilized under federal authority. In his statement, the governor said he is directing Guard troops to assist Col. Ron Replogle, the superintendent of Missouri's State Highway Patrol, which took over security in Ferguson at the governor's request last week.

Overseeing Guard operations on the ground, according to a follow-up statement by Nixon, will be Missouri National Guard Brigadier General Gregory Mason, under the overall command of the Missouri State Highway Patrol.

"We're always in support, never in the lead domestically. We take orders from the lead law enforcement agency on the scene," Rick Breitenfeldt, a spokesman at the Guard's national headquarters, to the Associated Press.

If federalized, the National Guard then answers to the federal government.

Nixon reportedly deployed the Guard without letting President Obama know first. Mr. Obama said Monday that he will be monitoring the situation in coming days to see whether the National Guard's involvement is helping or hurting. The president also said he told Nixon that the use of the National Guard should be limited in scope.

In a statement released later Monday, Gov. Nixon described the Missouri National Guard's mission "limited in scope." While he did not say how long the troops will be deployed, he said their "immediate and limited responsibilities ... are to provide protection, and ensure the safety" of the Unified Command Center authorities have set up in Ferguson. According to Nixon, that base was the target Sunday night of a "coordinated attack."

"The guard will concentrate its resources on carrying out this limited mission," Nixon said in his statement.

How often is the National Guard deployed domestically?

According to Donald Goldstein, a military historian, it is not unusual for governors to call upon their state's National Guard troops to assist in times of emergency. "This is by far not the first time," he told CBS News.

Hawaii's Guard was called in just last week to provide security and prevent looting after Tropical Storm Iselle hit the Big Island. This summer, Texas Gov. Rick Perry called up 1,000 Texas National Guard troops to assist in securing his state's border with Mexico. Thousands of National Guard troops were called in for disaster relief following Katrina. According to the Associated Press, the Guard said that it responded to 28 wildfires, 14 floods, 10 winter storms, three hurricanes, a tornado and a tropical storm during fiscal year 2013.

Last year, Gov. Nixon ordered members of the Missouri National Guard to assist in areas of the state hit by flash floods.

The last time the National Guard was called up for this type of situation was the 1992 Los Angeles Riots, in which 11,000 members of the California Guard were mobilized following the acquittal of police officers charged with severely beating Rodney King.

National Guard troops were also deployed to deliver mail during the 1970 New York City Postal Strike, and to restore order in the riots following the assassination of Dr. Martin Luther King, Jr. in 1968. The California Army National Guard was called in during the Watts Riots in 1965. In 1957, President Dwight D. Eisenhower sent federal troops to Arkansas, and federalized the Arkansas National Guard to allow nine black students to attend Central High School in Little Rock.

In the immediate aftermath of the terrorist attacks on September 11, 2001, National Guard troops were called up by state governors and then-President George W. Bush to provide added security at airports, nuclear power plants and government buildings around the country, in addition to performing relief and security duties in Washington, D.C. and New York City. The Air National Guard aided in air defense missions over New York City and Washington, D.C. Since then, thousands of National Guard troops have been deployed in Iraq and Afghanistan.