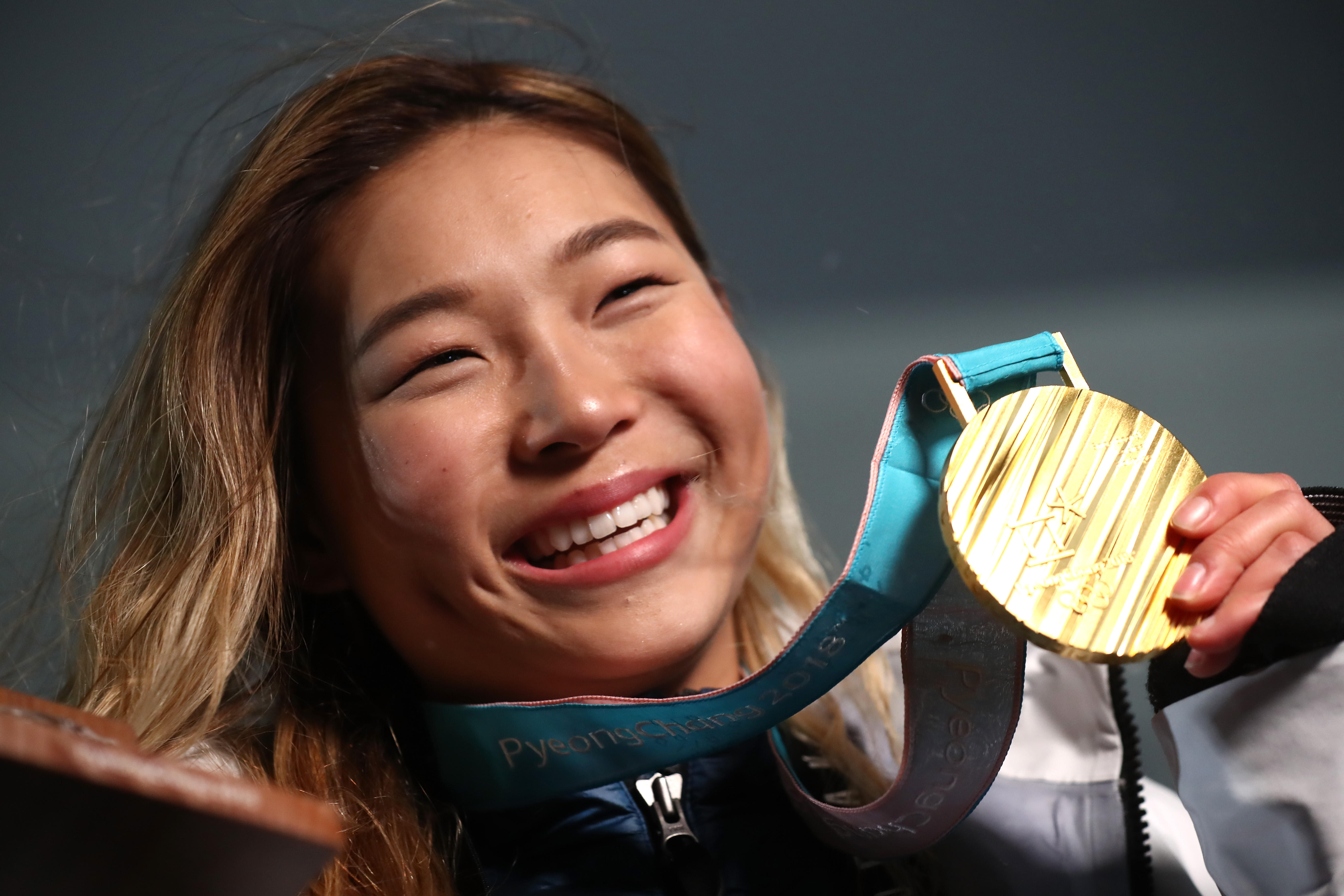 PYEONGCHANG, South Korea -- Chloe Kim soared above the field, twisting and turning her way to a gold medal in her Olympic debut.

She even managed to tweet in the middle of the competition.

We asked her how she had time to tweet.

"I mean, like what else am I supposed to do?" she responded.

But on Tuesday, her parents were waiting for her at the bottom of the halfpipe. Chloe won gold in the country her father immigrated from in the 1980s.

"My family has sacrificed so much for me, and for me to get here, and just knowing that we all worked really hard to get to this point," she said.

That's especially true for her father, Jong Jin Kim, who first took Chloe snowboarding when she was 4 years old. He quit his job when she was 8 years old so he would have time to drive her more than 300 miles away for training in the mountains outside of Los Angeles.

It was a good plan. She was a natural, slaying the competition before she was barely taller than her board. It all led to this moment -- dad and his little girl on foreign yet familiar soil. Jong Jin Kim found his American dream.