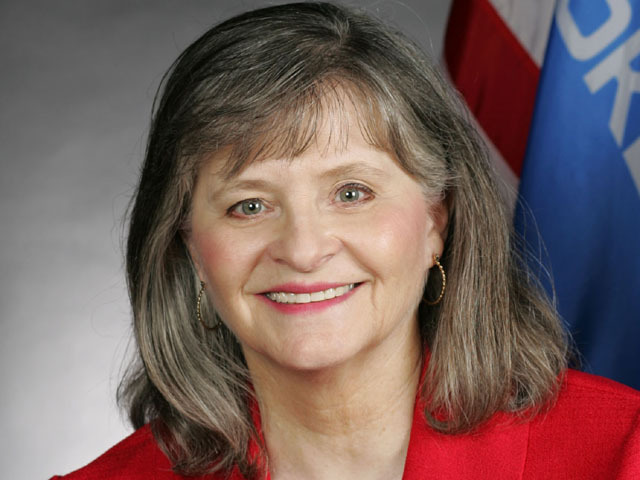 OKLAHOMA CITY - An Oklahoma lawmaker, who gained national notoriety with an anti-homosexual rant in 2008, disparaged blacks and women during a debate this week on an affirmative action bill, prompting the head of the state NAACP chapter to demand her resignation.

Republican state Rep. Sally Kern, of Oklahoma City, said Thursday she was sorry for remarks she made on the floor of the House and that she had "misspoke."

During a legislative debate late Wednesday, Kern questioned whether there were disproportionately high numbers of blacks in state prisons because "they didn't want to work hard in school." Kern also said women don't work as hard as men because they "tend to think a little bit more about their families."

The president of the Oklahoma State Conference of the National Association of the Advancement of Colored People rejected Kern's apology.

"Her constituents in her district should call for her to step down unless they support her in what she said," Anthony Douglas said. "Let's send a message out that in Oklahoma we will not tolerate racism at its ugliest level."

Kern, a retired teacher, is serving her fourth two-year term in the House after being easily re-elected in November from a district that has traditionally supported socially conservative candidates.

"Women are some of the hardest workers in the world," she said in her statement Thursday. She also said her husband "is a pastor of a diverse inner-city church and the way that my words came out last night is certainly not my true spirit."

In 2008, Kern was criticized after saying at a political forum that gay people posed a greater threat to the U.S. than terrorists. In 2009, she campaigned for a proclamation criticizing the government for drifting from traditional Christian values.

Kern's remarks Wednesday came during a debate on a proposed constitutional amendment to end discrimination and preferential treatment in state government hiring and contracting based on race, color, sex, ethnicity or national origin. It passed the House 59-14 and now goes to voters next year.