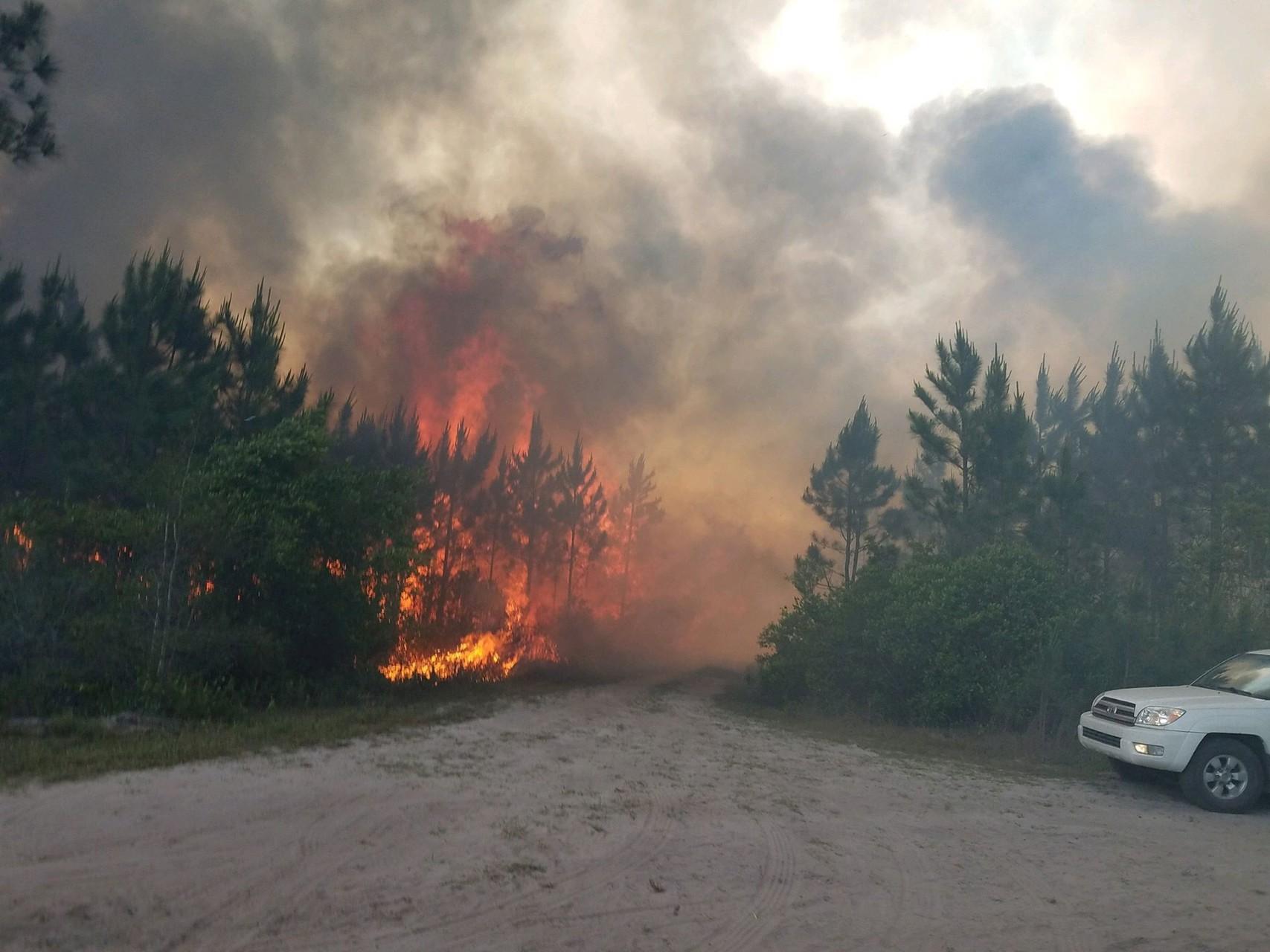 FOLKSTON, Ga. -- Firefighters were battling Sunday to prevent a fire in a southern Georgia wildlife refuge from spreading, authorities said.

The Okefenokee National Wildlife Refuge said in a statement that "extremely dangerous burning conditions persist" and that 11,000 acres have been consumed by fire in the past two days. About 79 people have been evacuated from the unincorporated community of St. George. Wind gusts and dry conditions were raising the risk of the fire spreading.

The fire in total has burned 129,856 acres, and wind gusts and dry conditions were raising the risk of the fire spreading, the statement said.

Some 535 personnel had been assigned to fight the fire, along with 10 helicopters, 55 wildland fire engines, bulldozers and other equipment, the statement said. The fire is 12 percent contained.

"Very heart wrenching to see these people have to grab whatever they can grab at last minute, personable belongings and their pets," Shawn Bawden of the National Park Service said, reports CBS affiliate WMAZ-TV in Macon, Georgia.

The area, on the Georgia-Florida line, is also under a dense smoke advisory that is expected to impact visibility in the towns of St. George, Callahan, Ratliff and northern Duval County near the Jacksonville International airport. Some road closures were in effect and the main entrance to the refuge was closed.

A temporary shelter has been opened in the gymnasium at the Folkston Elementary School. County Administrator Shawn Boatright said it will stay open indefinitely.

"We're not sure what's going to happen right now, so it's open until further notice," he said.

He encouraged residents to bring whatever personal items they might need for an extended shelter stay.

The wildfire was sparked by lightning April 6 and has since burned almost entirely within the Okefenokee refuge boundaries -- and some public forest land in north Florida -- for the past month. However, fire spread to private land around the refuge Friday, burning an estimated 1,000 acres.

The recent rainfall, according to officials, was not enough to make a substantial impact on the fire, WMAZ reports.

"The affected area only got  less than a tenth of an inch of rain," a national forest service representative said.

Forestry officials say the area needs three to four inches of rain at one time to make an impact.