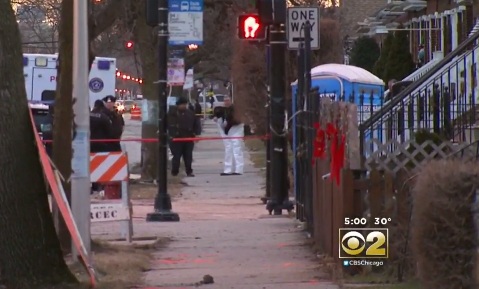 Police Chief of Detectives Eugene Roy said the victims were two boys - ages 10 and 13 - two men, and two women. However, authorities are not ready to release the victims' names, as their relatives have not been notified of their deaths, according to the station.

"We pretty much have an idea who the family is," Roy said.

Officials told reporters Thursday that police had been called to the home for a well-being check. A coworker had become concerned after someone who lived there had missed two days of work, which was reportedly very unusual and suspicious.

When police arrived, the house was locked, but after looking through windows, they saw a body and forced their way inside. Once inside, they found five more victims. Officials would not comment on where in the house the victims were found.

Roy told reporters that the victims were not found bound or that the house was not ransacked, despite reports to the contrary. Still, he declined to comment on any evidence that might have been recovered at the scene.

However, he did say that there were no signs of gunfire in the house, according to CBS Chicago. He also said that all of the victims suffered blunt trauma.

He mentioned that the medical examiner will be doing autopsies on the bodies Friday morning.

Investigators have declined to say if the killer might have been among the dead, or if a suspect was still at large, but Roy said police believe there is no threat to the public, according to the station.

"Given the nature of the scene, the fact that the doors were locked, the house was not disheveled, and other factors, it's pretty much confined to the home, which leads us in that direction," he said.

Police have talked to several family members, including a relative who was coming in from Texas on Friday to talk to investigators, according to CBS Chicago.