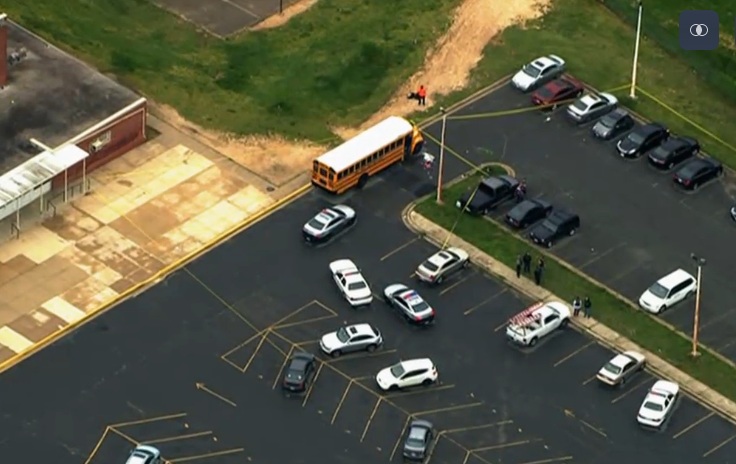 BELTSVILLE, Md. -- A man fatally shot his estranged wife while she was waiting to pick up their children outside a suburban Washington high school Thursday afternoon and wounded a man who tried to intervene, police said.

Police said an early investigation indicates Tordil followed 44-year-old Gladys Tordil into the parking lot of High Point High School in Beltsville and confronted her as she sat in her SUV waiting for her children.

Another man tried to intervene and was shot in the shoulder before the gunman shot Gladys Tordil several times as she sat in her vehicle, police said. The wounded bystander was expected to survive.

Police said Tordil is an employee of the Federal Protective Service, which provides security at federal buildings and properties. Maryland court records show a permanent no-contact order had been issued against him March 17 in a domestic violence case.

No students were harmed in the shooting, which occurred more than an hour after school was dismissed for the day, county Superintendent Kevin Maxwell said. Some students were on campus for after-school activities and were held there until police said they could be released to their parents.

"This was a sad, sad event," Stawinski said.