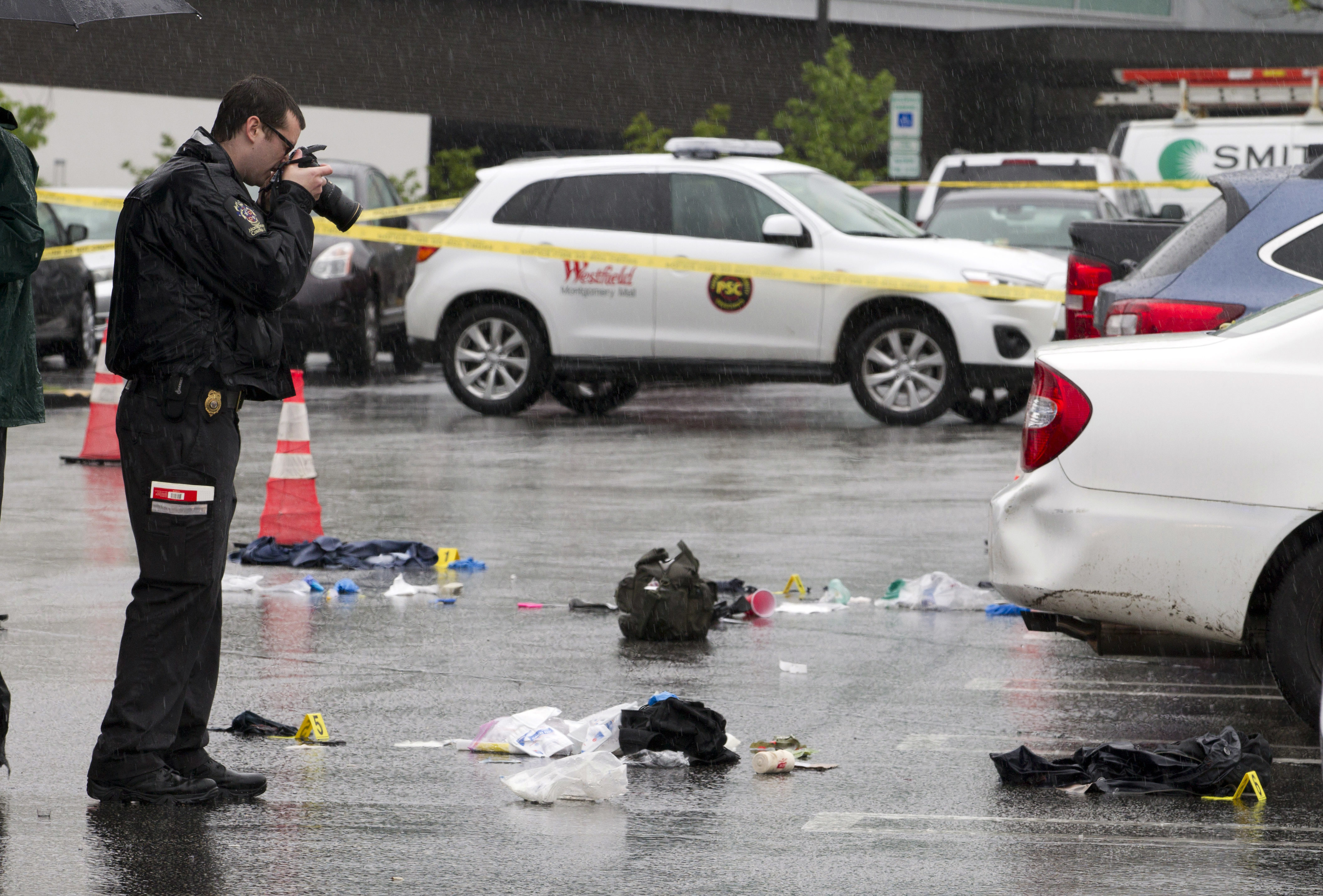 Update: Police say the suspect has been taken into custody.

BETHESDA, Md. -- Police in Maryland say two people are dead and two others are injured in shootings at a mall and a shopping center in the Washington suburbs.

Montgomery County Police Assistant Chief Darryl McSwain said three people were shot in the Westfield Montgomery Mall parking lot in Bethesda on Friday morning. He said one person was shot and two others may have been shot coming to that person's aid. He said there's no reason to believe the victims knew the shooter.

One of the victims died at the hospital, police said.

McSwain said a woman was shot earlier at a grocery store about five miles away. Police later tweeted that the woman died. It's not clear if the shootings are related.

Meanwhile, police in Maryland are actively searching for a federal protective services police officer named Eulalio Tordil, 62, who is suspected in the fatal shooting of his ex-wife in Beltsville, Maryland Thursday.

Prince Georges County police tweeted that they're investigating whether Tordil is involved in the two shootings Friday.

Officials tell CBS News that Tordil was put on administrative leave since earlier this year for "family-related" problems.