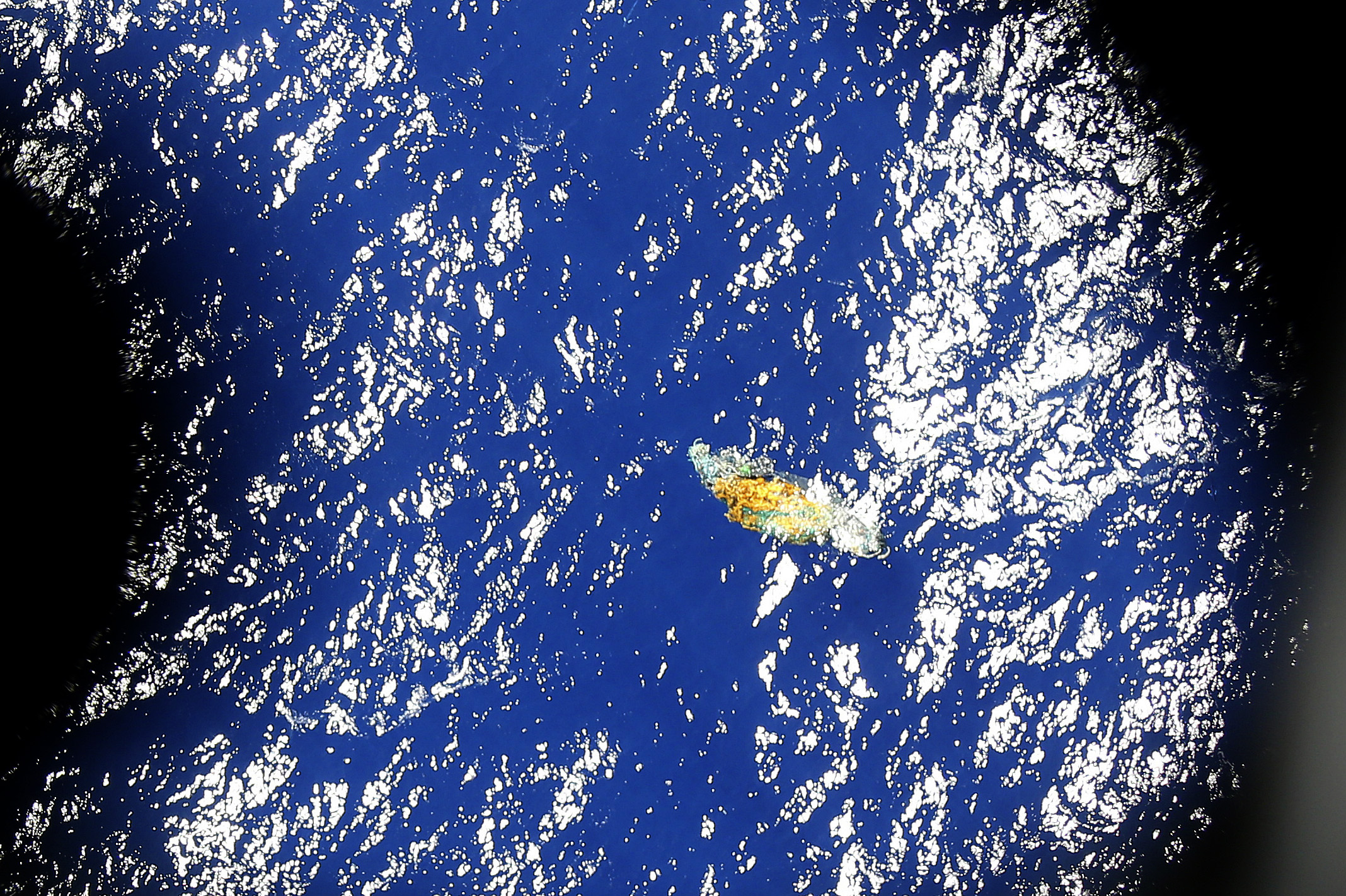 WELLINGTON, New Zealand -- Sometimes the object spotted in the water is a snarled fishing line. Or a buoy. Or something that might once have been the lid to an ice box. Not once - not yet at least - has it been a clue.

Anticipation has repeatedly turned into frustration in the search for signs of Flight 370 as objects spotted from planes in a new search area west of Australia have turned out to be garbage. It's a time-wasting distraction for air and sea crews searching for debris from the Malaysia Airlines flight that vanished March 8.

It also points to wider problems in the world's oceans.

"The ocean is like a plastic soup, bulked up with the croutons of these larger items," said Los Angeles captain Charles Moore, an environmental advocate credited with bringing attention to an ocean gyre between Hawaii and California known as the Great Pacific Garbage Patch, which by some accounts is about the size of Texas.

The world's oceans have four more of these flotsam-collecting vortexes, Moore said, and the searchers, in an area about 1,850 kilometers (1,150 miles) west of Perth, have stumbled onto the eastern edge of a gyre in the Indian Ocean.

"It's like a toilet bowl that swirls but doesn't flush," said Moore.

The garbage patches are nothing like a typical city dump. In fact, most of the trash can't even be seen: It's composed of tiny bits of plastic bobbing just below the surface.

The larger items also tend to be plastic and are often fishing-related, Moore said. Though, he added, he has come across light bulbs, a toilet seat, and, bobbing off the California coast, a refrigerator, complete with defrosted orange juice.

Seattle oceanographer Curtis Ebbesmeyer has been studying the phenomena of ocean debris for years. He said there are smaller collections of garbage within the gyres.

"If you go into a house you'll find dust bunnies," he said. "The ocean has a mass of dust bunnies, each moving about 10 miles a day."

Ebbesmeyer said he's fascinated by what happens to the trash that spews from the hundreds of shipping containers lost overboard from cargo ships each year. He said there's one that keeps belching out Lego pieces onto the beaches of Cornwall, England. Another spilled 2,000 computer monitors. Another released thousands of pairs of Nike sneakers.

Sometimes, he said, the containers themselves can become hazards as they float around for months, buoyed by plastic objects inside or the air trapped behind watertight doors.

Trash also gets into the ocean after being washed down rivers or swept up in tsunamis, Ebbesmeyer said.

Scientists are particularly worried about small and seemingly ubiquitous pieces of plastic that can be from shopping bags, plastic water bottles, or other household items. Waves break the items up into smaller pieces.

Denise Hardesty, a research scientist for Australian science agency CSIRO, said the studies she's been involved with conservatively estimate there are between 5,000 and 7,000 small pieces of plastic per square kilometer in the waters around Australia.

She said two-thirds of the seabirds she's performed necropsies upon have ingested at least some plastic, and one particular bird had swallowed 175 pieces. Another bird, she said, had swallowed an entire glow stick longer than a finger. Such sticks are used by fishermen to attract fish underwater.

"It takes 400 or 500 years for lots of types of plastics to completely break down," Hardesty said. "It just goes into smaller and smaller bits. You even find plastics in plankton - that's how small it gets."

Hardesty said while she finds plenty of plastic in the ocean, she doesn't typically spot many larger objects. She said she does find trash like cans, bottles and candy wrappers floating near urban centers, but most of it tends to get washed ashore.

American sailor James Burwick said he's twice crossed the Indian Ocean from Africa to Australia. He said the sea was too wild to see much trash but he did feel bumps against the bottom of his boat, and an old fishing net once got caught around his vessel.

Wing Cmdr. Andy Scott, of New Zealand's defense force, said the crew in a P-3 Orion scouring the ocean for Flight 370 on Saturday spotted about 70 objects in four hours.

Three were deemed worthy of further investigation, he said, but none turned out to be from the missing plane. One was probably a fishing line, he said, another was the suspected ice box lid, and a third was some unidentified brown and orange material.

A cluster of orange-colored items spotted on Sunday from an Australian search plane and thought to be a promising lead also turned out to be fishing equipment.

"From my experience, it can be quite a roller coaster," he said. "You sight these search objects, and think you've made a breakthrough, and then you have to get back to your routine."

Scott said that over time, small pieces of debris can tangle together to make something larger. Such rafts will eventually attract sea life, he said, which can stir up the water and make it appear to be more important than it is.

"A lot of the stuff we are seeing," he said, "is basically rubbish."