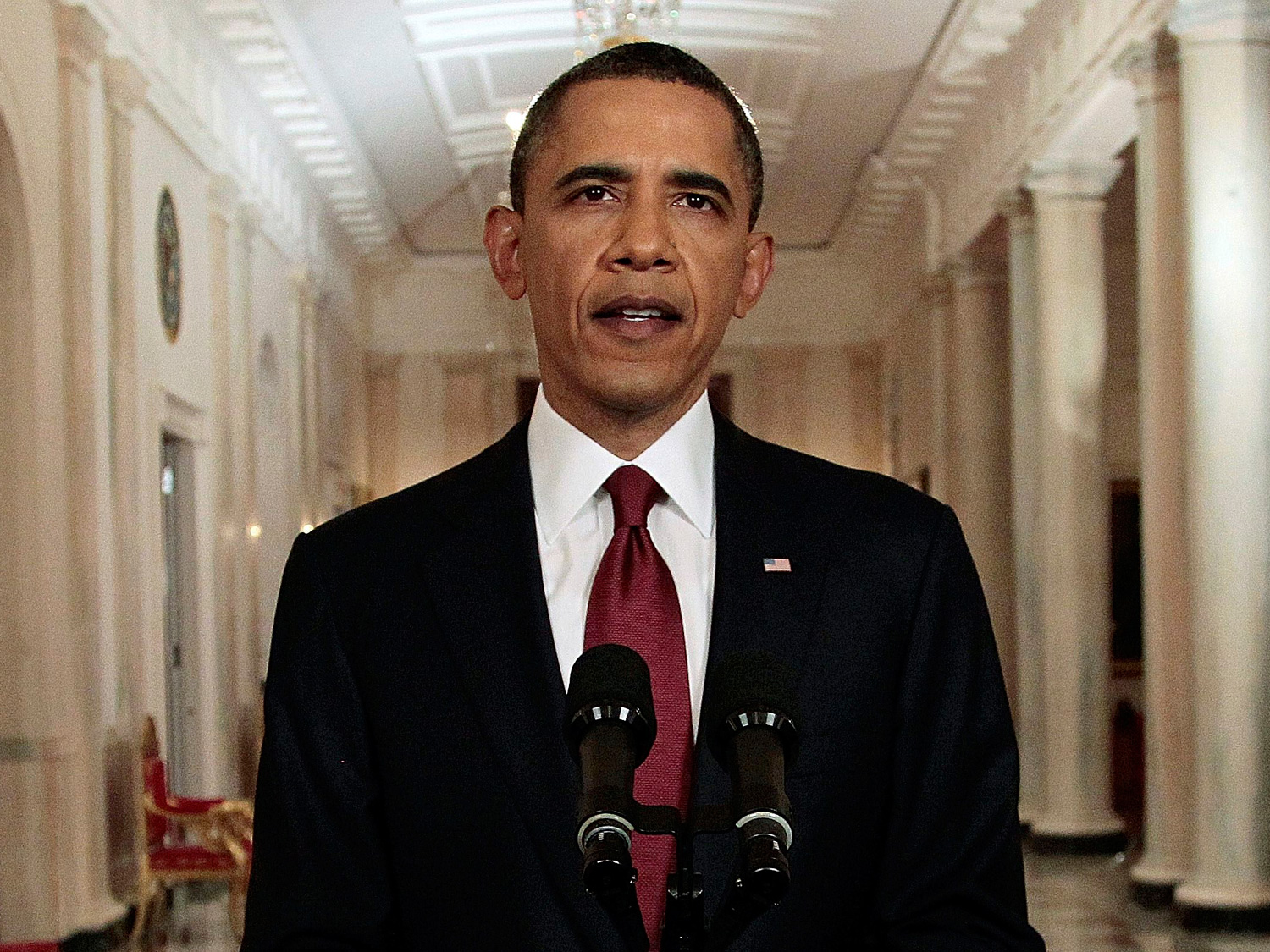 At approximately 11:30 p.m. Sunday, President Obama announced to the nation that on his orders U.S forces had killed Osama Bin Laden. His reputation for lawyerly inaction may never recover.

Obama's critics have said that he is a weak leader in general and in particular does not understand what must be done to combat terrorism. "They are very much giving up that center of attention and focus that's required," said former Vice President Dick Cheney in March 2009, in a typical remark. Yet what emerges from the details of Bin Laden's killing (offered, like the heroic accounts of the Bush years, entirely by officials who work for the sitting president) is that from early in his administration Obama was focused on killing Osama Bin Laden and that he was involved in the process throughout.

In June 2009, Obama directed his CIA director to "provide me within 30 days a detailed operation plan for locating and bringing to justice" Osama Bin Laden. By August 2010 intelligence officials had identified the suspicious compound where Osama lived. Thirty-five miles outside Islamabad, the walls were up to 18 feet high and topped with barbed wire. The largest structure, a three-story building, had very few windows. Though the house was valued at $1 million, it had no Internet or phone service. Its residents, unlike their neighbors, burned their trash.

Detainees being held at Guantanamo provided some of the strongest information about those who were trusted by Bin Laden. They identified a courier and his brother who lived in Abbottabad, Pakistan, an affluent suburb where a lot of retired Pakistani military officers live.

The final phase of the painstaking process started in mid-February. Intelligence officials started to get good information on the compound. A series of meetings were held in the White House to develop aggressive intelligence gathering operations. A family lived at the compound that matched the description of the Bin Laden family. By mid-March the president was chairing the national security meetings on the operation. (In all he would chair five such meetings, including the ones on the day the operation took place.)

Early Friday morning before departing to view tornado damage in Alabama, the president gave the order to initiate the operation to kill Bin Laden. On Sunday, he met throughout the day in the Situation Room, making final preparations and receiving updates.

The assault team arrived by helicopter. Administration officials were vague about what happened next. Bin Laden "did resist the assault force" and he was killed in a firefight, which leaves plenty of room for details to come out in the screenplay. Bin Laden's oldest son and the two couriers were also killed. One woman, whom a senior administration official said was used as a shield by one of the men, was killed. Two other women were injured.

At about 4 p.m., the president received first word that his orders had very likely led to the successful assassination of the architect of the greatest attack ever on America.

No other country, including Pakistan, knew of the attack, but the president in his remarks was clear that the operation couldn't have taken place without the help of the Pakistani government. "Our counterterrorism cooperation with Pakistan helped lead us to Bin Laden and the compound where he was hiding." (watch Obama's remarks at left)

The president went to sleep to the sound of cheering outside the White House. At Ground Zero in New York and towns across the country, people gathered to sing the national anthem and chant "USA! USA!" It was a flicker of the post-9/11 unity that the president had referenced in his remarks earlier in the evening.

In his remarks announcing the operation, the president sought to rekindle that feeling, but he went further. He made the latest in a series of paeans to the American spirit. Under assault from conservatives who say he does not believe in the idea of American exceptionalism, Obama took the opportunity to reiterate his belief in the unique qualities of his countrymen:

Today's achievement is a testament to the greatness of our country and the determination of the American people. ... Tonight, we are once again reminded that America can do whatever we set our mind to. That is the story of our history, whether it's the pursuit of prosperity for our people, or the struggle for equality for all our citizens; our commitment to stand up for our values abroad, and our sacrifices to make the world a safer place. Let us remember that we can do these things not just because of wealth or power, but because of who we are: one nation, under God, indivisible, with liberty and justice for all.

Thus did the president both answer his conservative critics and rise above them. Yes, he was saying, I do believe in American exceptionalism--and so should any terrorist who would wish America ill. All in all, it was a good night to be president.

How dangerous is Al-Qaida without bin Laden?
Osama Bin Laden's legacy: It will depend in part on what Obama does next
Human intelligence and careful preparation finished him off