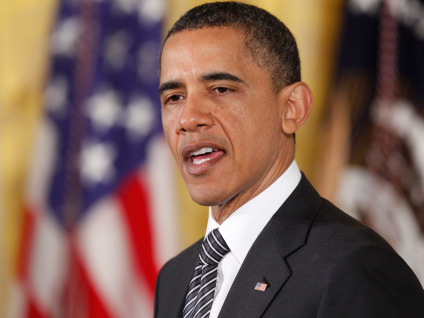 President Obama's decision to send operatives after Osama bin Laden in a compound in Pakistan on Sunday was "what I believe was one of the most gutsiest calls of any president in recent memory," White House counterterrorism adviser John Brennan said today.

"There was nothing that confirmed that bin Laden was at that compound," Brennan said at a White House press briefing.

The president relied on strong -- but not bulletproof -- evidence that the al Qaeda leader was at a residence in Abbotabad, Pakistan. Intelligence officials who had tracked bin Laden for years "pulled on every thread" and were able to "build a body of evidence that suggested, circumstantially, that bin Laden was at that compound," Brennan said.

Intelligence officials had more confidence in this body of information than they have had since Tora Bora, he added.

The evidence accumulated, Brennan said, to the point where the president was able to weigh the pros and cons of attacking the compound and developing options for operations against the location. The president also took into account the safety of the American people, Brennan said, and the goal of limiting collateral damage.

"And ultimately, we got to that point where we could bring those together," he said. "The president made the decision, and the results, I think, speak for themselves."