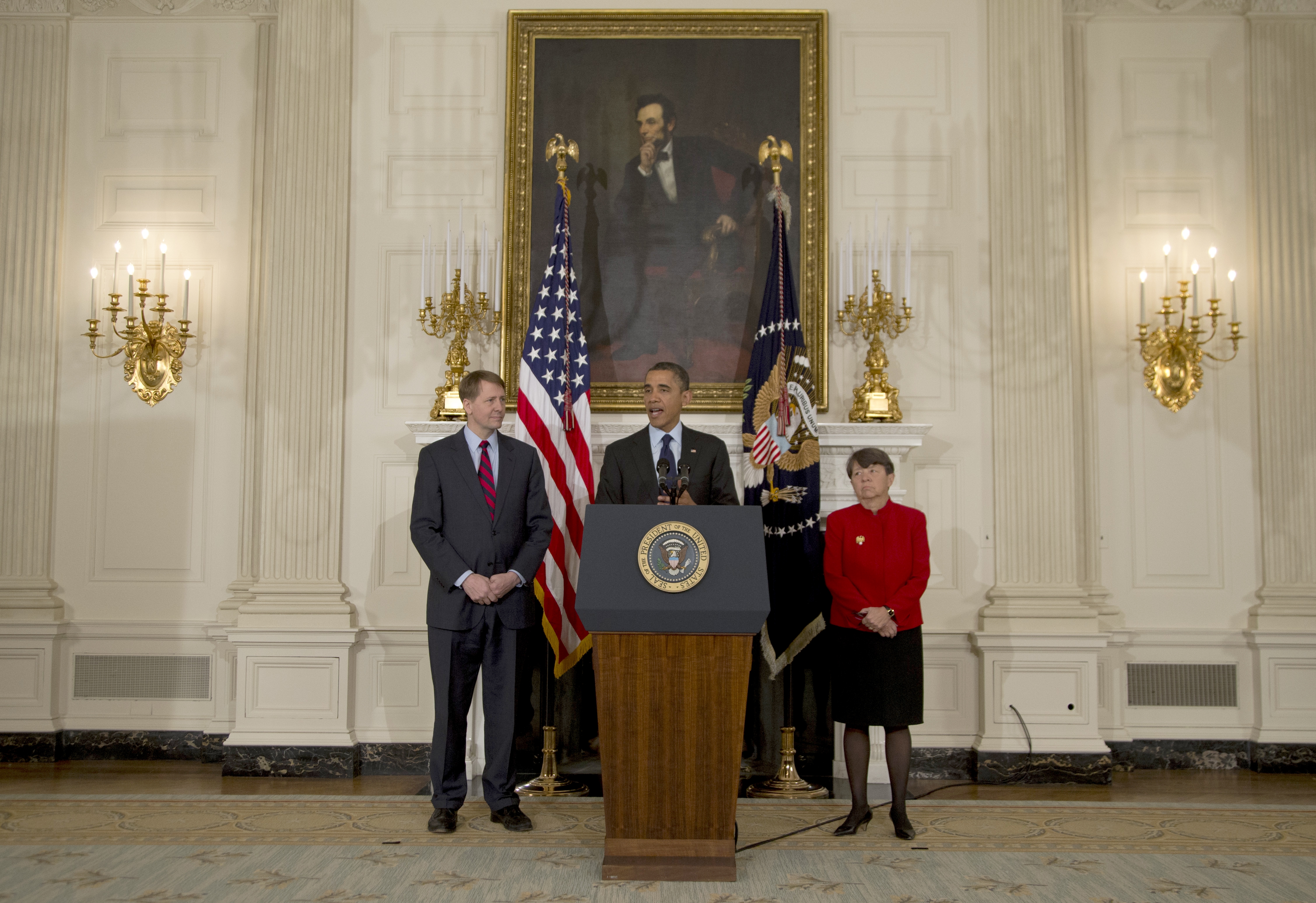 Signaling the possibility of an aggressive new strategy for regulating Wall Street, President Obama today nominated Mary Jo White, a former U.S. Attorney for the Southern District of New York and high-profile prosecutor, to head up the Securities and Exchange Commission.

Mr. Obama, in remarks announcing the nomination this afternoon, lauded White for her career accomplishments -- which include prosecuting both mafia boss John Gotti and the mastermind behind the 1993 World Trade Center bombing -- and expressed confidence in her abilities to help the administration keep Wall Street in check.

"You don't want to mess with Mary Jo," Mr. Obama said. "Mary Jo does not intimidate easily, and that's important because she has a big job ahead of her."

The president, who also re-nominated former Ohio Attorney General Richard Cordray to chair the Consumer Financial Protection Bureau (CFPB), said that both White and Cordray would be responsible for enforcing existing laws meant to protect consumers, including those enumerated in the Dodd-Frank Wall Street Reform and Consumer Protection Act, which Congress passed in 2010.

"Today there are rules to help families - responsible families - buy a home, or send their child to college without worrying about being tricked out of their life savings. There are rules to make sure that financial firms which do the right thing aren't undermined by those that don't do the right thing," Mr. Obama said. But, he added, "It's not enough to change the law, we also need cops on the beat to enforce the law."

Given her background, the 65-year-old White would deviate from the typical Wall Street-connected SEC chair if confirmed.

Mr. Obama urged the Senate to approve the nominations of White and Cordray "as soon as possible" -- but that they will is by no means a given. The president first tapped Cordray for the job in 2011, but Senate Republicans blocked his nomination amid pushback over the agency's regulatory powers. Mr. Obama gave Cordray the job anyway, via executive action, but that appointment that will expire at the end of this year.

"These are people with proven track records. They are going to look out for the people, for American consumers," Mr. Obama reiterated today. "I would urge the Senate to confirm both of them as quickly as possible."