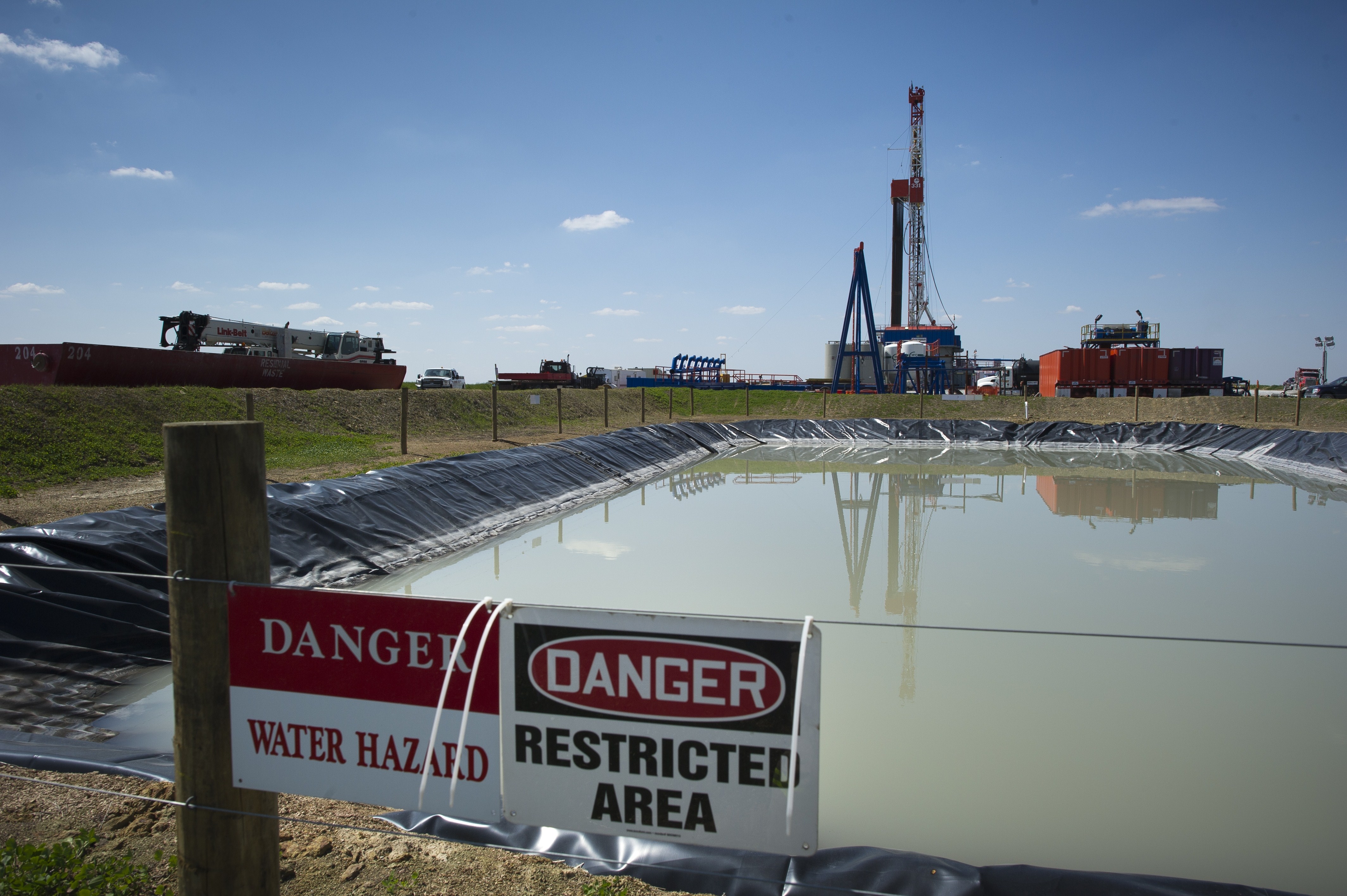 Looking to further bolster its green credentials, the Obama Administration announced a goal Wednesday of significantly cutting methane emissions released by the oil and gas industry.

The White House set a target of reducing the emissions, which are a byproduct of the fracking boom, by 40 to 45 percent over the next 10 years (as compared to 2012 levels). While only representing 10 percent of greenhouse gases, methane has 25 times the heat-trapping potential of carbon dioxide over a 100-year period.

Dan Utech, Obama's climate and energy advisor, acknowledged the industry has worked to reduce emissions. But he said without some kind of federal regulations of new gas wells, the emissions are projected to rise 25 percent by 2025.

"These steps will bring emissions down, and that also means the capture of valuable fuel that would otherwise be wasted, and also the reduction of other harmful pollutants," Utech told reporters. "So this strategy will benefit the climate, the economy and public health. "

The Administration's strategy will rely heavily on the Clean Air Act, rather then trying to push new legislation through a hostile Republican Congress.

It has used this strategy for many climate initiatives -- most prominently a plan to reduce emissions from coal-fired power plants -- that it hopes will allow it to meet a goal of reducing emissions 17 percent from 2005 levels by 2020 and 26 to 28 percent by 2025.

The Environmental Protection Agency will announce regulations by the summer for "new and modified gas production sources, and natural gas processing and transmission sources." The EPA will also develop new guidelines to assist states in tackling ozone-forming pollutants from the oil and gas sector and work to strengthen reporting of emissions and leaks across the industry.

The Department of the Interior's Bureau of Land Management will also update decades-old standards to reduce "wasteful venting, flaring, and leaks" of natural gas on public lands while Obama plans to propose $15 million in the Department of Energy's fiscal 2016 budget to develop new technology to detect methane leaks and reduce losses from the natural gas sector.

"We believe there is significant opportunity here," Janet McCabe, the EPA's acting assistant administrator for the office of air and radiation, told reporters. "Combined with the rule making EPA is going to be undertaking, this approach will not only assure that important public health and environmental protections can be achieved in a timely and common-sense way, it also recognizes the extensive work a number of companies are already doing to cut pollution."

The industry, which through voluntary measures has seen methane emissions decrease 16 percent from 1990 levels, warned that the new regulations "could disrupt America's energy renaissance."

"Onerous new regulations could threaten the shale energy revolution, America's role as a global energy superpower, and the dramatic reductions in CO2 emissions made possible by an abundant and affordable domestic supply of clean-burning natural gas," American Petroleum Institute president and CEO Jack Gerard said. "We need our government to implement sound policies, but this plan seems to be based on politics. We hope EPA will work with industry during the regulatory process to ensure that any regulations are based on science and technology."

Environmental groups welcomed the move, though some suggested it didn't go far enough.

"This is a landmark moment: Direct federal regulation of methane is essential, and the administration has set the right goal and launched solid steps to get started," Environmental Defense Fund president Fred Krupp said. "However, we will need a clearer roadmap and more decisive action to ensure the administration tackles the most important part of the problem -- emissions from existing wells, pipelines and facilities. Otherwise, the goal will not be reached."

The World Resources Institute, Friends of the Earth and other groups called on the Administration to go beyond new wells and also target existing wells and those that have been abandoned. They contend those also are a big source of methane emissions.

"This announcement is an important step forward, but the simple truth is that if we're serious about mitigating catastrophic climate change, we need stronger curbs on methane emissions, and we need them faster," David Arkush, managing director of Public Citizen's Climate Program, said. "It's disappointing that the EPA issued a plan to regulate rather than proposing an actual rule."