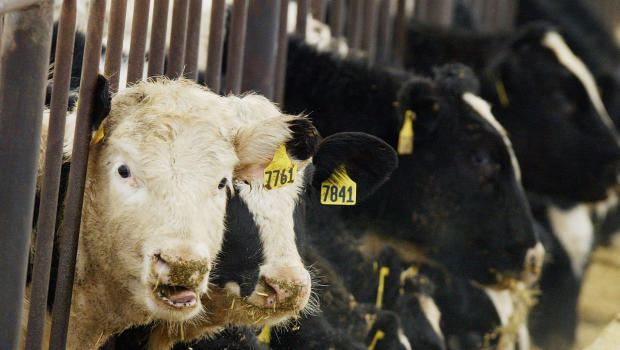 A new study shows that U.S. methane emissions could be up to 50 percent higher than government estimates. It does not indicate that emissions have increased – simply that they were measured inaccurately.

"Our numbers for the entire United States are about a factor of 1.5 times larger than the [estimates of] the U.S. Environmental Protection Agency," study's co-author Scot Miller, a doctoral student in earth sciences at Harvard University, told NPR. "It's a really, really difficult problem to try and estimate greenhouse gas emissions," he added.

Methane is a natural gas used to heat stoves, to make everyday products including plastics and fertilizer. It is also a simple by-product of digestion. Just by belching and passing gas, humans and animals release methane. Human don’t release nearly enough to impact the environment, but animals are one of the leading methane producers.

In climate change discussions, carbon dioxide often gets more attention than methane, simply because it exists in much greater quantities. But methane actually traps 21 times more heat in the atmosphere than CO2.

Published in the Proceedings of the National Academy of Sciences, the new study shows that EPA measurements may be way off the mark. This research team concluded that livestock may be producing twice as much methane as the EPA studies show, while fossil fuel extraction and refining in the south-central region produce five times as much.

This study looked at 13,000 measurements from 2007 to 2008 that checked the actual methane content in the air. The researchers call it a “top-down” approach, the opposite of the EPA’s “bottom-up” approach, which measures emissions on the ground. The top-down approach allows for measurements of overall concentrations, while the bottom-up approach is more efficient in measuring exact emissions from individual sources, like farms or oil refineries.

Co-author Steven Wofsy of Harvard’s School of Engineering and Applied Science told USA Today that they “don’t know why” there is such a discrepancy between EPA measures and this study.

While methane traps more heat than carbon dioxide, it does not linger in the atmosphere for as long. Carbon dioxide is baked in, lingering for centuries. Methane dissipates within a decade or so, so decreasing methane can have a more immediate effect.

"Natural gas is no bridge fuel," he said in a statement. "When used to generate electricity, natural gas likely has a greenhouse gas footprint similar to that for coal.”

Scientists have also been looking into ways to reduce livestock methane emissions – that is, to cut back on all the belching and farting. The attempts have sometimes been mocked as a “fart tax” and “fart science.”

In 2003, the government of New Zealand attempted to reign in issue with a proposed livestock emissions tax, the Wall Street Journal reported. It never went through.

By 2005, government officials in California started warning that cows were one of the main sources of smog-forming pollutants (volatile organic compounds, or VOCs)  in the San Joaquin Valley, according to National Geographic. At the time, the San Joaquin Valley United Air Pollution Control District reported that, through 15 separate studies, it had found that cows emit more VOCs each year than cars or small trucks.

In 2010, researchers from the UK found that adding coriander to livestock feed reduced methane emissions by 40 percent. Tumeric resulted in a 30 percent reduction and cumin knocked it down by 22 percent, PopSci reported.

In order to understand the full impact of methane emissions, researchers must first figure out just how much methane is being released into the atmosphere. They know the main sources, but as the discrepancy between this study and EPA numbers shows, they have yet to determine the best way to measure the emissions.