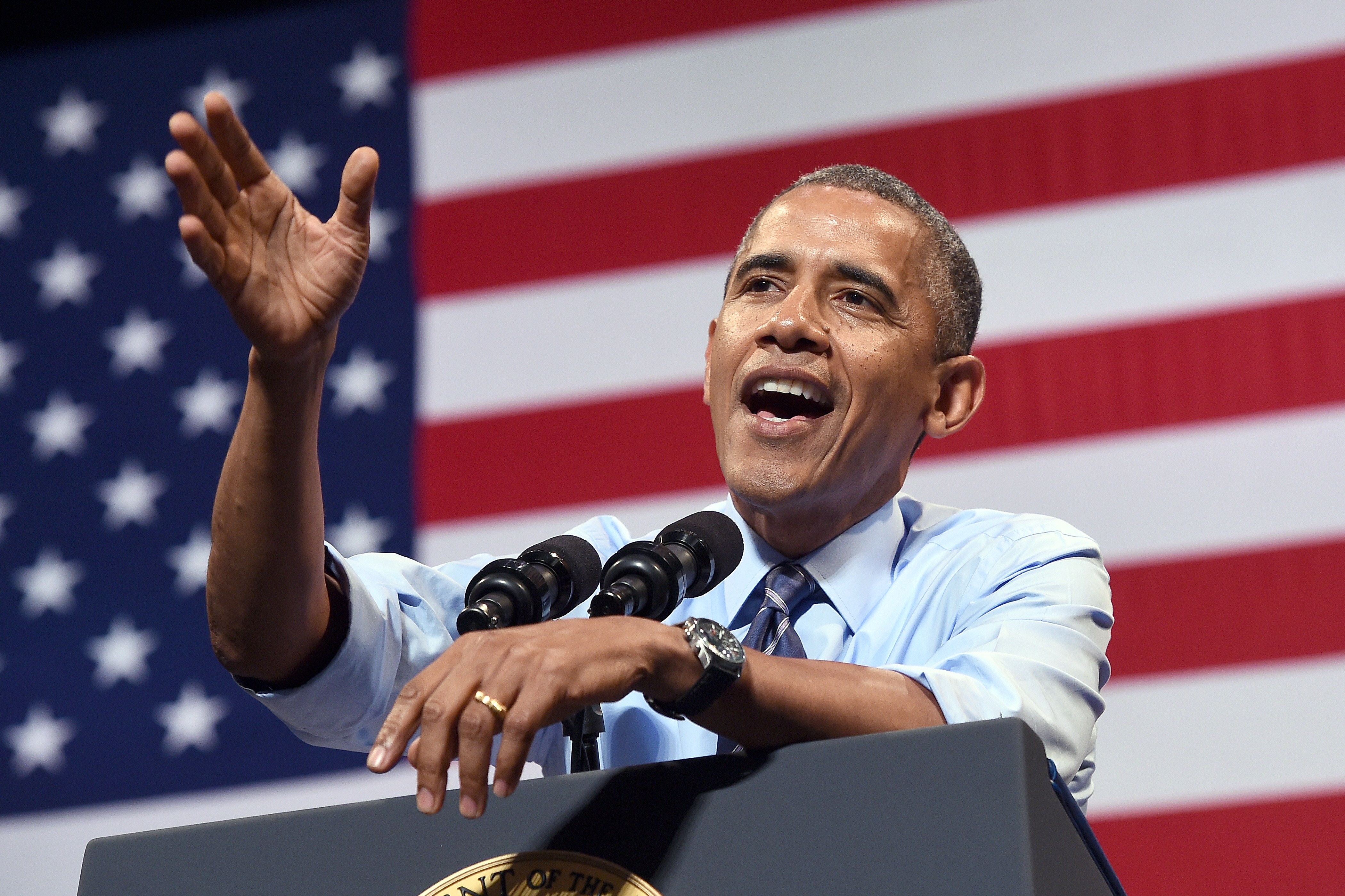 President Obama has made it perfectly clear in recent weeks that he's fed up with Republicans obstructing his agenda. On Thursday, he referenced the violent crime drama movie "The Departed" to make his point.

"There's a scene, they're on a stakeout... Wahlberg's all upset," Mr. Obama said to roughly 1,000 people at the Paramount Theatre in Austin, Texas. He roughly quoted a line that actor Mark Wahlberg delivers in the movie: "I'm the guy who does his job -- you must be the other guy," Wahlberg's character says.

The president compared the scene to his interactions with Congress: "Sometimes I feel like saying to these guys, 'I'm the guy doing my job -- you must be the other guy.'"

Mr. Obama was in Texas to attend some Democratic fundraisers and to talk about his economic agenda. He also used the trip to meet with Gov. Rick Perry and other Texas officials about the influx of unaccompanied minors at the U.S.-Mexico border. The president has been criticized for not making a stop at the border while in Texas.

Before delivering his remarks Thursday, Mr. Obama had lunch with a college student who wrote to him about her family's economic problems. As he has repeatedly in recent weeks, Mr. Obama slammed House Republicans for pursuing a lawsuit against him. He urged Republicans to work with him, "rather than wage another political stunt that wastes time, wastes taxpayers' money."

"They're common sense things, they're not that radical," he said.