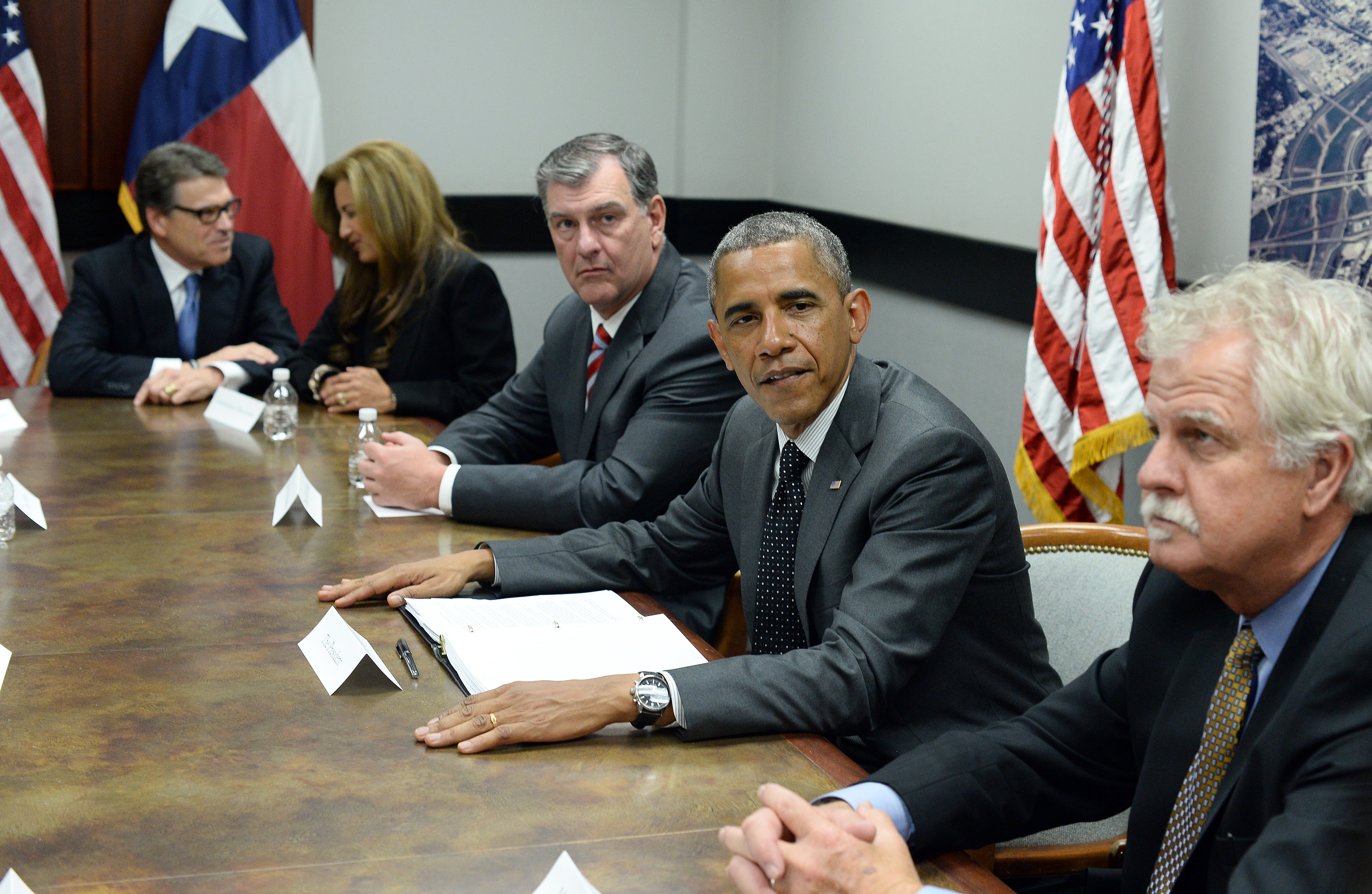 In May 2012, Texas Gov. Rick Perry sent a letter to President Obama alerting him to 5,200 unaccompanied minors in Texas from Guatemala, El Salvador and Honduras. Perry told CBS News he never received a reply to that letter.

Now, the number of children from those three countries being detained in Texas is 57,000, reports CBS News correspondent Major Garrett.

After meeting with the Republican governor and local leaders who have been willing to provide housing for some of the unaccompanied minors already in Texas, Mr. Obama dismissed calls to visit the border during his fund-raising swing through Texas.

"There is nothing that is taking place down there that I am not intimately aware of and briefed on," said Mr. Obama. "This isn't theater, this is a problem. I'm not interested in photo-ops, I'm interested in solving the problem."

Perry warned the border situation could spin out of control, and evoked memories of federal mismanagement after Hurricane Katrina.

"As I recall President Bush got chastised greatly for not showing up in New Orleans when Katrina occurred," Perry said.

President Obama also urged parents in Central America to stop sending their children to the United States with the false hope that they will be allowed to stay.

"This is an incredibly dangerous situation and it is unlikely that their children will be able to stay," he said. "And I've asked parents across Central America not to put their children in harm's way in this fashion."

Perry told CBS News that Americans need to see their president on the border.

"The first thing I asked him when I sat on Marine One was, 'I hope you'll come to the border.' And he responded and said, 'Hey, listen, my guys have been down there six times.' Your guys are one thing, but you're another," Perry said.

He said if the president visited the border, Americans would feel like he cared about what was going on there.

"That's what presidents do. That's what leaders do. They show up," he said. "They interact and they see for themselves what's going on so I think it is very important for him."

Migrants are caught in Belarus-EU "hybrid warfare," and it's killing them
More