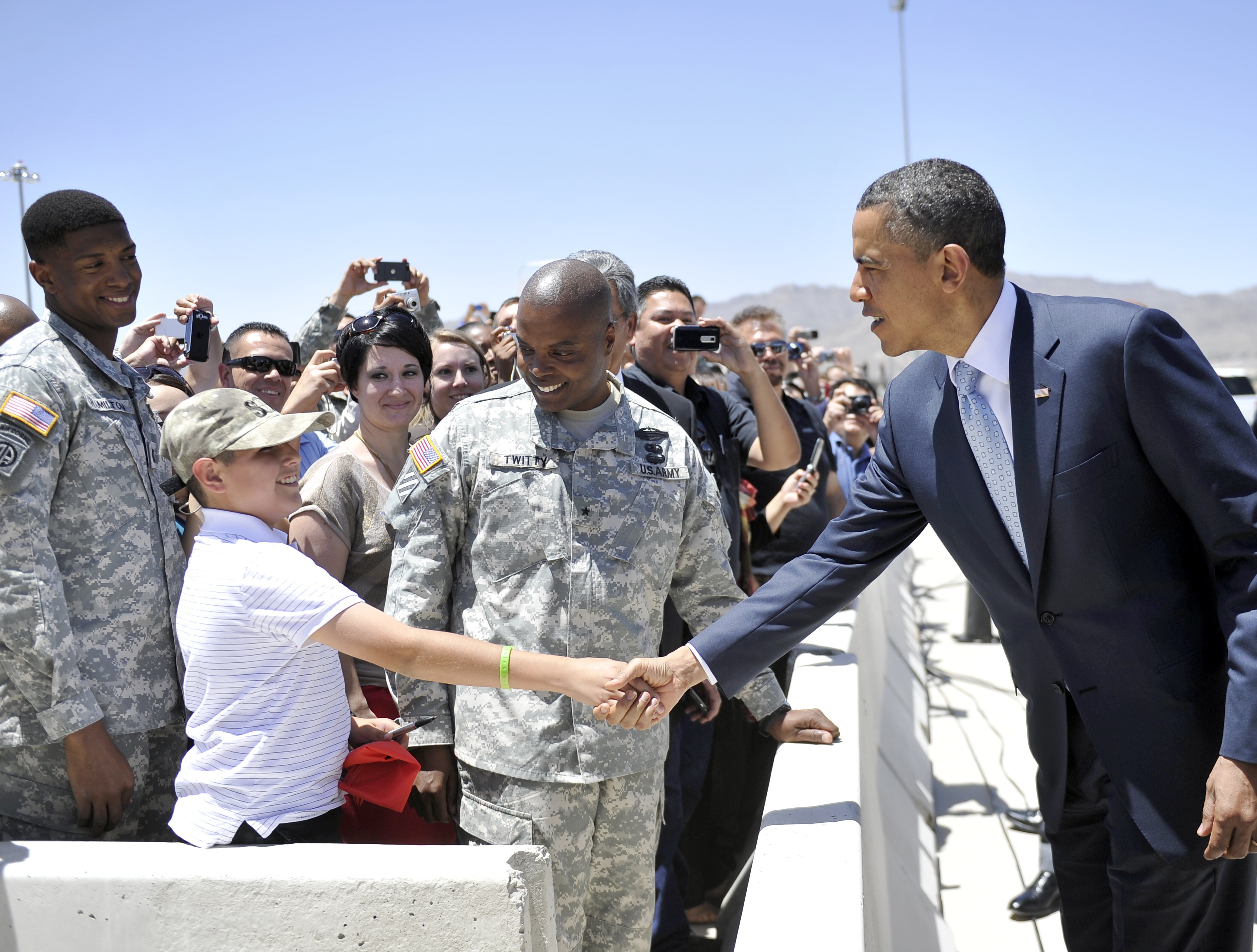 President Obama's two-day trip to Texas this week was scheduled for two purposes: so the president could talk to Texans about the economy and to attend Democratic fundraisers.

Plans have changed, however, as Washington attempts to address the ongoing crisis at the U.S.-Mexico border. In the past couple of days, the White House set up a Wednesday meeting between Mr. Obama, Gov. Rick Perry, R-Texas, and local Dallas officials to discuss the situation at the border.

Still, Mr. Obama so far is ignoring growing calls from both Democrats and Republicans to make his first trip to the border since May 2011.

"To his credit, President Obama has come to Texas in the past years to help us mourn tragedies such as Fort Hood," Sen. John Cornyn, R-Texas, said Tuesday, "which makes it all the more inexplicable why he would refuse to carve out just one hour out of his fundraising schedule in Texas over the next two days to come to the border at the sight of what he calls a humanitarian crisis."

While several administration officials have traveled to the border to assess the situation, Cornyn said, "He really needs to go there himself... He needs to lead and not just follow when it comes to coming up with solutions."

Several Democrats have made similar assertions.

Rep. Henry Cuellar, D-Texas, said on Fox News Monday that Mr. Obama could be facing his own "Katrina moment" if he refuses to visit the border facilities housing Central American children.

"I'm sure that President Bush thought the same thing, that he could just look at everything from up in the sky," he said.

"To fully comprehend what is happening in our region, one must see this firsthand because one will certainly be impacted by the humanitarian side of this issue," Hinojosa said in a statement. "We know the President is committed to helping all that he can and has already taken aggressive steps. Now we would like for him to see what the needs are for the refugees, our federal agents and our volunteers. More work needs to be done."

In response to Cuellar's remarks, White House spokesman Josh Earnest on Tuesday insisted that the administration is taking an "aggressive approach... to confronting this problem." The White House earlier in the day announced it is asking Congress for $3.7 billion so that the Departments of Homeland Security (DHS), Justice, State, and Health and Human Services (HHS) can deal with the issue. Earnest has also pointed out that several senior administration officials, including DHS Secretary Jeh Johnson, HHS Secretary Sylvia Mary Mathews Burwell, and Cecilia Munoz, the director of the White House Domestic Policy Council, have all recently traveled there.

Last week, responding specifically to Perry's suggestion that the president visit the border, the White House was more dismissive of the idea. Perry said the White House's decision to skip the trip showed a "lack of concern" about the issue. Earnest shot back that if Perry really wants to help, he should encourage congressional Republicans to pass comprehensive immigration reform.

"The truth is, it's hard to take seriously Governor Perry's concerns when everybody who's taken a look at this understands that if we wanted to send a clear signal about our seriousness of purpose when it comes to addressing some of the problems in our immigration system, that the easiest way to do that is to pass the common sense immigration reform proposal that already has passed through the Senate with bipartisan support," he said.

On CBS News "Face the Nation" on Sunday, Sen. Dick Durbin, D-Ill., similarly came to the president's defense and called out Republicans for not supporting comprehensive immigration reform, while Rep. Eddie Bernice Johnson, D-Texas, asked, "What would be the point in the president going" to the border?

Earnest on Tuesday suggested that a trip to the border would amount to little more than a photo-op. "What we are focused on right now are not political statements that would be made with an appearance, but rather with specific, concrete action -- steps that can be taken to mitigate this problem," he said.

Former White House aide Bill Burton told CBS News that Mr. Obama has been criticized since he came into office for "not playing the Washington game."

"The president doesn't bend to political optics all that much," he said. "It's something he's been roundly criticized for, but not something that's going to change in the twilight of his second term."

He added, "Any decision that gets made is based on whether or not it can actually help the situation."

To help the situation, Mr. Obama did decide to meet Wednesday in Dallas with nonprofit and faith leaders, and others who have been mobilizing resources to help meet the humanitarian needs of the children crossing the border.

Some immigration advocates, however, aren't quite ready to trust the president's response to the crisis. Gustavo Torres, executive director of Casa de Maryland, told CBS News' Major Garrett that his organization isn't yet supporting the $3.7 billion plan the White House put forward.