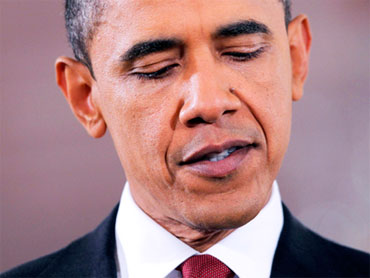 Don't serve that stein of beer at the next White House reconciliation meeting. Here comes the Slurpee Summit.

At his day-after-the-election news conference Wednesday, President Obama said he wants to meet with Republican leaders as part of a search for common ground on policy issues, now that the GOP will soon be the majority in the House of Representatives.

"As I told John Boehner and Mitch McConnell last night, I am very eager to sit down with members of both parties and figure out how we can move forward together," the president said in his opening statement.

So later in jest, a reporter asked Mr. Obama if he might invite Boehner over for a Slurpee?

Obama: People Saw "Overreach" in My Actions
Obama: I'll Talk to GOP on Health Care, But...
What's Next for Obama and Congress?
"Slurpee Summit" on Horizon for Obama & Boehner?

But why a Slurpee, the icy slush drink sold at 7-Eleven convenience stores worldwide? If you traveled with the president this year and heard all of his political speeches, you'd know.

In speech after speech -- 35 by my tally -- Mr. Obama portrayed Republicans as self-fanning, dirt-kicking, Slurpee-sippin obstructionsists not lifting a finger while watching Democrats struggle to dig the economy out of a ditch.

"A Slurpee Summit," my CBS News colleague Chip Reid suggested to the president, having heard me rant repeatedly about Mr. Obama's frequent references to Slurpees.

The idea and name appealed to the president. "That's good, Chip," he said. "I like that."

It's too soon to start taking orders for which of the many flavors of Slurpee the participants would prefer. Perhaps the president and Boehner will find they like the same flavor. Now that would qualify as "common ground."