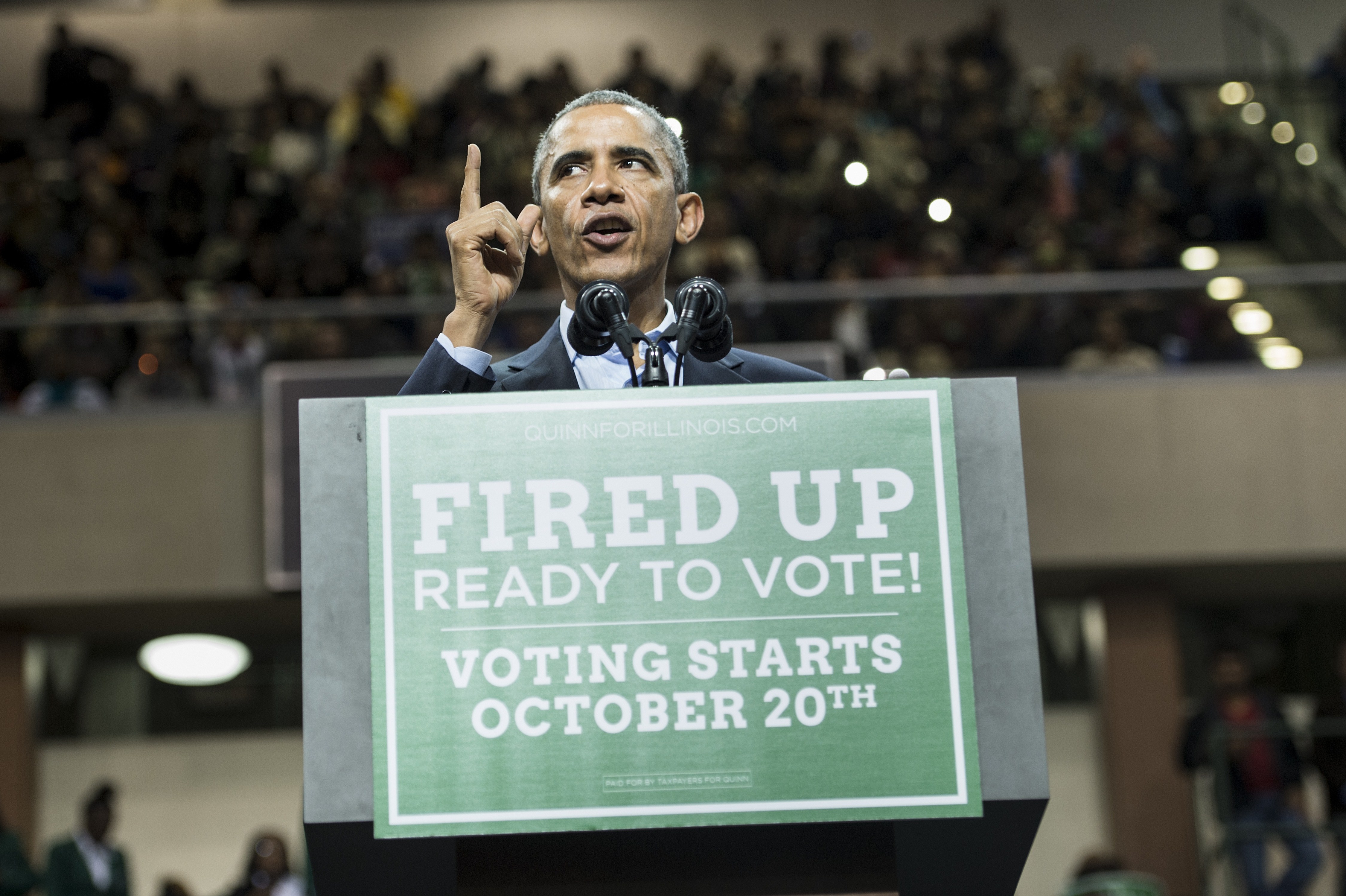 With a week to go until Election Day, President Obama is picking up the pace of his campaigning to help Democrats across the country, but it's hardly the packed schedule a more popular president might have lined up.

He will campaign with just one Senate candidate this week, Democratic Rep. Gary Peters who is battling former Republican Secretary of State Terri Lynn Land to become Michigan's next senator. The other candidates he will help are Democratic gubernatorial candidates in blue states that supported Mr. Obama in the 2012 election.

The president has largely stuck to fundraising during this election cycle and avoided appearing with the many Senate Democrats fighting to hang onto their seats in red states where his low approval rating could drag them down.

On Tuesday, he kicks off campaign activities in Milwaukee, Wisconsin, with a Democratic National Committee (DNC) roundtable fundraiser and a rally on behalf of Democratic gubernatorial nominee Mary Burke, the former executive at Trek Bicycle Corp. She is facing Wisconsin Gov. Scott Walker, a Republican, in a tight governor's race that is a statistical tie, according to the latest CBS News/New York Times Battleground Tracker.

The president returns to the White House Wednesday before traveling to Portland, Maine on Thursday for another DNC fundraiser and an event to benefit Rep. Mike Michaud, the Democratic candidate for governor. Michaud is in a similarly close race against Republican Gov. Paul LePage, with a two-point lead within the margin of error, according to the Battleground Tracker.

Mr. Obama delivers an economic address at Rhode Island College Thursday, a speech that was rescheduled after he canceled earlier this month to focus on the Ebola crisis. If it's anything like the president's recent economic addresses, he will hit hard on Democratic themes of minimum wage and equal pay that some in his party have highlighted in their campaigns.

Over the weekend, the president holds his first event for a Senate candidate, the rally to benefit Peters. He will also be boosting Democratic gubernatorial candidate Mark Schauer - another candidate in a statistical dead heat in his race.

On Sunday, the president makes up another part of his campaign trip that was canceled because of the Ebola crisis: a rally with Connecticut Gov. Dan Malloy and other Connecticut Democrats. He'll also travel to Philadelphia to help Democratic gubernatorial nominee Tom Wolf and other Democrats in the state. Wolf is the only candidate with a significant lead in the Battleground Tracker: He's up 52 percent to 39 percent over Gov. Tom Corbett, a Republican.

"What you have seen the president do is dedicate his time to doing what he can to support Democratic candidates. And he's spent a lot of time raising money for them. And that reflects, I think, a significant commitment of this president's time and energy to supporting Democratic candidates," White House Press Secretary Joshua Earnest said Monday when asked about the relatively light campaign schedule.