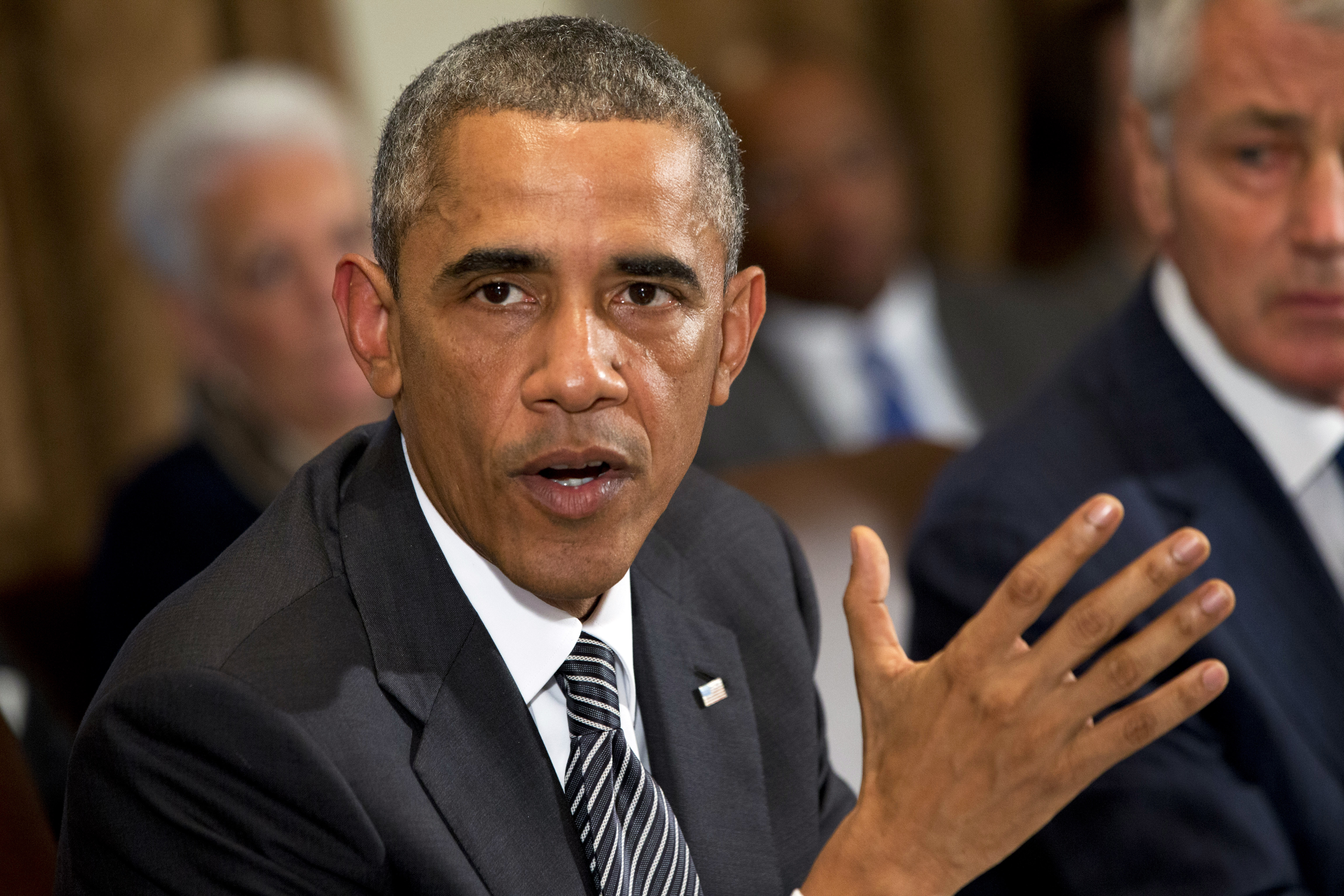 WASHINGTON -- President Barack Obama's best-laid plans to go all out for Democrats in the final weeks of the midterms are running smack into a widening Ebola crisis, as Americans anxiously turn to the government and their president for answers.

Hours after unveiling an ambitious itinerary to boost Democratic candidates for governor, Obama abruptly called off the first stop on his tour Wednesday, postponing a fundraiser in New Jersey and a rally in Connecticut for Gov. Dannel Malloy -- Mr. Obama's first major campaign appearance of the season. Instead, he summoned top officials to the Cabinet Room for an emergency meeting on the government's response to Ebola.

The rare move to cancel a presidential trip -- only hours before Air Force One was scheduled to take off -- reflected a growing sense of urgency at the White House to deal with the Ebola epidemic head-on.

When previous crisis have cropped up, such as the riots Ferguson, Missouri, and the downing of a Malaysia Airlines jet in Ukraine, Mr. Obama was sharply criticized for refusing to alter his travel plans.

This time, the White House seems determined to show the commander in chief is fully engaged.

Yet if the president's schedule is in flux, his approach to the midterms is not. Mr. Obama plans a narrow focus on a handful of governor's races, betting that Democratic wins in statehouses can help him protect his legacy on health care and the economy -- even if the Senate falls to Republicans.

The emphasis on governors marks a shift for the president, who spent much of the past six months in ritzy homes raising money for House and Senate Democrats. But governor's races are a rare bright spot for Democrats this year, when historical trends and a rough map are working against them in Congress.

Another key consideration: Voters have soured on Mr. Obama in nearly every state where Democrats are fighting tough Senate races. All of the states where the president has announced plans to campaign are states he won twice: