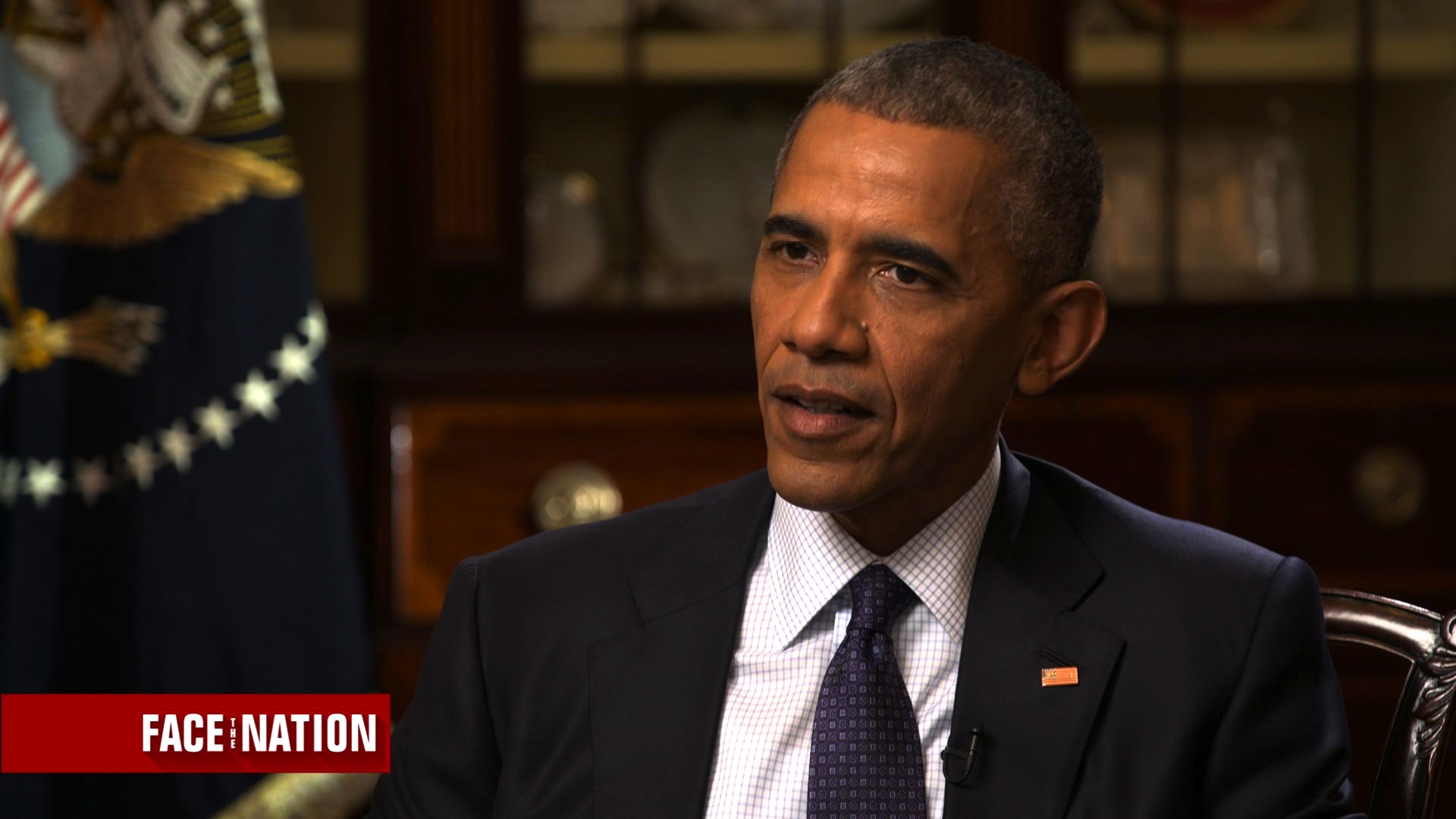 Republican presidential nominee Donald Trump painted what many have called a dark picture in his convention speech Friday night, portraying an America in decline and a world in chaos.

Mr. Obama sat down with "Face the Nation" moderator John Dickerson on Friday for a wide-ranging interview at the White House. Dickerson began the interview by asking the president whether the attack in Germany suggests Trump is correct in his dark outlook.

"No, it doesn't," the president responded with a chuckle. "Terrorism is a real threat. And nobody knows that better than me."

"One of the best ways of preventing it is making sure that we don't divide our own country, that we don't succumb to fear, that we don't sacrifice our values, and that we send a very strong signal to the world and to every American citizen that we're in this together," the president added.

"Explain how we would sacrifice our values specifically by being divided," Dickerson said.

"Well, look, if we start engaging in the kinds of proposals that we've heard from Mr. Trump, or some of his surrogates like Mr. Gingrich, where we start suggesting that we would apply religious tests to who could come in here, that we are screening Muslim Americans differently than we would others, then we are betraying that very thing that makes America exceptional," the president explained.

Tune in Sunday for more of John Dickerson's interview with President Obama. Check your local listings for airtimes.