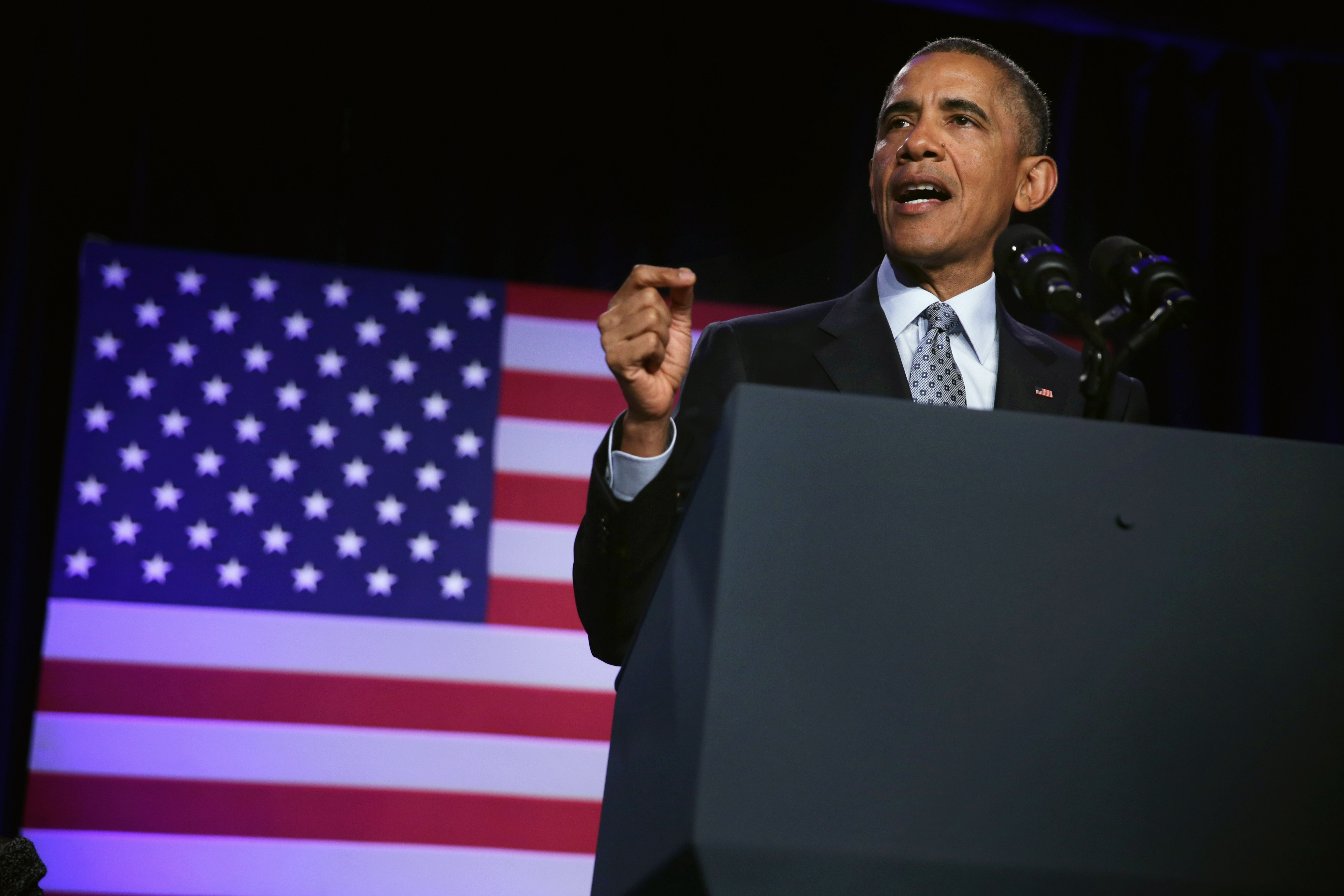 Touting signs of an accelerating economic revival, President Obama mocked the Republican predictions of "gloom and doom" that have long dogged his administration's actions during a fiery speech before the Democratic National Committee on Friday.

The president laid out an optimistic take on America's economic prognosis, saying job creation is gaining steam, manufacturing is on the rebound, wages are finally showing some signs of growth, health care inflation is at record lows, and deficits are falling.

"None of this is an accident," he argued. "It's because we believe in middle class economics."

And Republicans, Mr. Obama added, are having a hard time coping.

"Now that their grand predictions of doom and gloom and death panels and Armageddon haven't come true -- the sky hasn't fallen -- Chicken Little's quiet," he joked.

The president said the GOP's new plan is to "re-brand themselves the party of the middle class," and he cited the efforts by Kentucky Sen. Rand Paul - an "interesting guy" - to carry that message to communities that don't typically side with Republicans.

"Rand Paul said that the Republican Party needs to show up on the south side of Chicago and shout at the top of its lungs that the GOP is the ticket to the middle class," Mr. Obama said.

"I think that's encouraging that he wants to go to the south side of Chicago," the president added. "I am encouraged that they are speaking about middle class and speaking about wages but there is this old saying that you can't just talk the talk....you gotta walk the walk."

Mr. Obama said he'd welcome Republican ideas if they're "serious about taking on the specific challenges that face the middle class."

"There's nothing I'd like more than an opposition party that is willing to engage with us and work with us on these issues," he said. But he suggested it's not clear Republicans are ready to put their money where their mouth is.

"If you're just trying to repackage the same top-down economics and use the words 'middle class' attached to it, if you're just going to keep on cutting taxes at the top and not raise minimum wages for folks who are struggling, then it's just spin, trying to bamboozle folks," he said. "Tell us how you're helping middle class families, because we've got an agenda and we know it works. Don't just talk about it."

Following his remarks, the president headed to a closed-door fundraiser for about 25 contributors each donating $33,400. That's the maximum an individual can give to a national party under federal rules, up $1,000 from 2014.