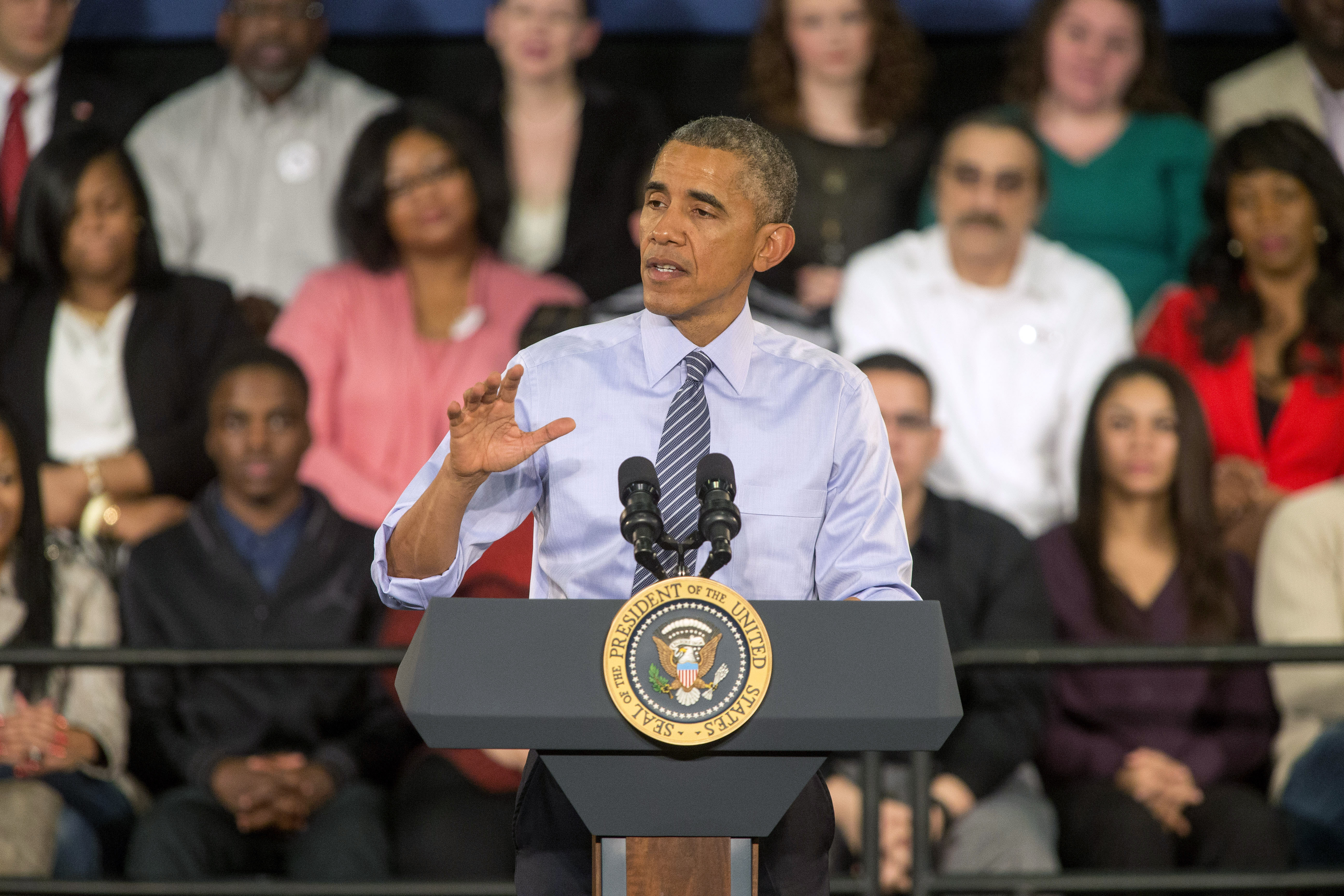 President Obama hailed Friday's unemployment report that showed the U.S. economy added 257,000 private sector jobs in January during a visit to a community college in Indiana on Friday, and he welcomed the signs of wage growth contained in that report.

In remarks before students at Ivy Tech Community College in Indianapolis, the president noted that the report brings the total number of jobs created during the last 59 months to 12 million - the "longest streak of private sector job growth in our history."

That's roughly the same bit of cheerleading we heard from Mr. Obama after other recent employment reports offered a rosy appraisal of U.S. job creation. But January's employment figures contained an encouraging finding that was notably absent from other recent labor reports: Average hourly earnings increased by 0.5 percent during January, the largest month-to-month increase since 2008.

Mr. Obama labeled that development the "single most hopeful sign for middle class families" who have watched wages fail to keep pace with economic growth in recent years.

When he was asked by an audience member during the question-and-answer portion of his speech to identify his biggest goal during his remaining two years as president, Mr. Obama replied, "My number one priority is to make sure that the American people's wages and incomes are going up."

The optimistic figures seen in the report on Friday, Mr. Obama said, give him confidence that "America is poised for another good year....as long as Washington keeps this progress going."

His brief speech focused largely on his campaign for "middle-class economics" that undergirded last month's State of the Union address, and he touched on several familiar themes from that speech. He touted his plan to offer two years of free community college to responsible students, he mentioned his drive to increase job training and apprenticeship opportunities for American workers, and he underscored his call to upgrade America's infrastructure, from better roads and bridges to faster and more widely available Internet access.

The president also repeated his argument that America "can actually afford to pay for all of this" now that deficits are falling and the economy is growing again. He suggested a combination of "smart spending cuts" and tax reform that closes "special interest loopholes" would help finance his ambitious new economic proposals.

Many of the questioners at Friday's event focused their questions on the president's plans to make higher education more accessible and affordable, but one questioner had a more personal question for the president: How's your basketball game these days?

"I'll be honest with you, my game's a little broke," the president replied, grinning. "I've been a little busy."