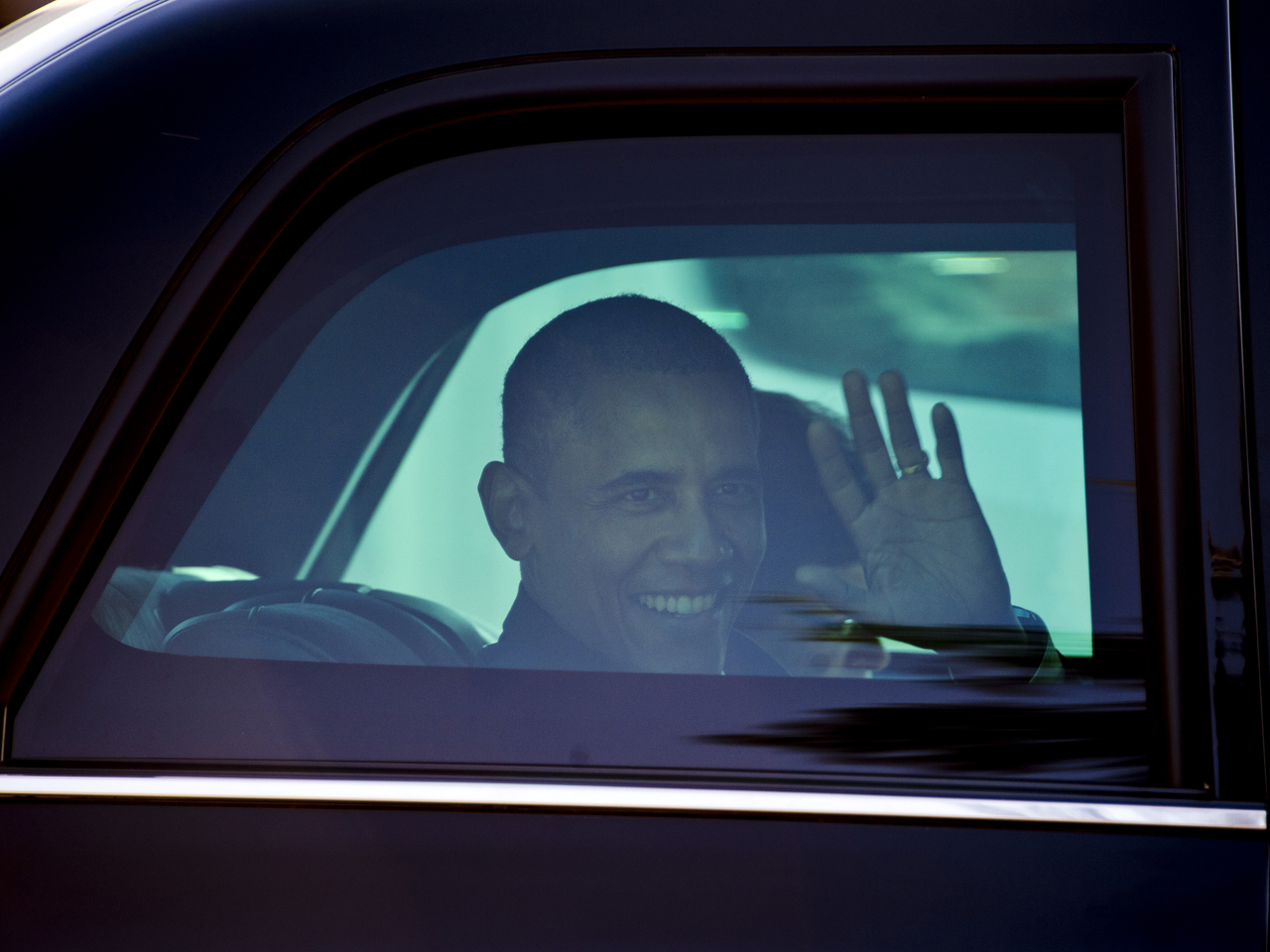 As former South African President Nelson Mandela remains in the hospital, President Obama visited with his daughters and grandchildren in Johannesburg Saturday, the first full day of the president's two-day trip through South Africa.

In a statement, Mr. Obama described the "privilege" of meeting with the family of Mandela, whom many South Africans refer to by his tribal name, Madiba.

"Today I had the privilege of meeting with members of the Mandela family at the Nelson Mandela Foundation in Johannesburg, South Africa, and spoke by telephone with Mrs. Graca Machel, who remained by her husband's side in the hospital in Pretoria," he said.

"I expressed my hope that Madiba draws peace and comfort from the time that he is spending with loved ones, and also expressed my heartfelt support for the entire family as they work through this difficult time. I also reaffirmed the profound impact that his legacy has had in building a free South Africa, and in inspiring people around the world - including me."

The White House initially indicated that first lady Michelle Obama, who is accompanying the president in Africa, had joined her husband in the private meeting with Mandela's family. Later Saturday, the White House said that the first lady was not in the meeting. The first lady's office blamed her absence on a scheduling issue, and said that she called Mandela's wife because she was unable to make the visit.

The president will not meet with Mandela while he is in the hospital. In a statement on Friday, the president said, "I don't need a photo-op, and the last thing I want to do is to be in any way obtrusive at a time when the family is concerned about Nelson Mandela's condition."

On Friday, Mandela's former wife, Winnie Madikizela-Mandela, told the press that the former president has shown "great improvement" compared to a few days ago.

Earlier Saturday, Mr. Obama traveled from Johannesburg to Pretoria, the country's capital, where he and South African President Jacob Zuma each praised Mandela's legacy as an anti-apartheid leader and the first democratically elected president of South Africa.

"Our thoughts, and those of Americans and people around the world, are with Mandela, and his family, and all of South Africa," Mr. Obama said. "The struggle here against apartheid, for freedom, Madiba's moral courage, this country's historic transition to a free and democratic nation, has been a personal inspiration to me, it has been an inspiration to the world."

Mr. Obama compared Mandela to America's own founding father, George Washington, who, even without term limits, voluntarily relinquished the presidency to facilitate a peaceful transfer of democratic power.

"Nelson Mandela similarly, I think, was able to recognize that despite how revered he was, that part of this transition process was to make sure that it was bigger than just one person, even one of the greatest people in history," Mr. Obama said. "What an incredible lesson that is."

Zuma said that Mandela is "much loved by our people and the world" and compared him to Mr. Obama.

"I know that he is your personal hero as well, Mr. President; the two of you are also bound by history as the first black presidents of your respective countries," Zuma said. "Thus you both carry the dreams of millions of people in Africa and in the diaspora who were previously oppressed. We continue to pray for Mandela's good health and wellbeing."