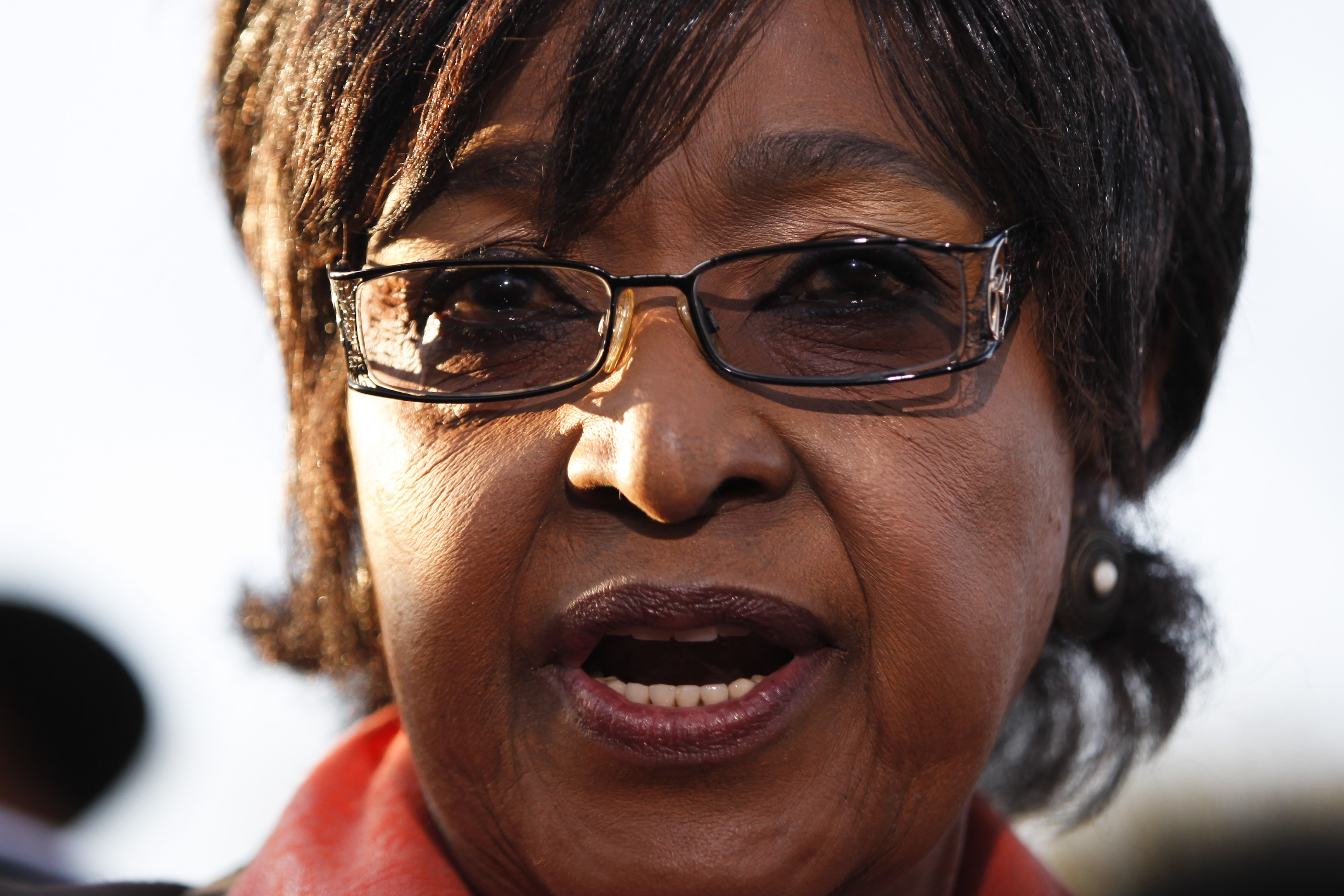 JOHANNESBURG The former wife of critically ill Nelson Mandela says he is showing "great improvement" compared to a few days ago.

Winnie Madikizela-Mandela gave the update on the former president's health Friday while speaking to media outside Mandela's former home in Soweto.

"I'm not a doctor but I can say that from what he was a few days ago there is great improvement," said Madikizela-Mandela, who is also a member of South Africa's Parliament.

Members of Nelson Mandela's family and South African Cabinet ministers have visited the hospital where the 94-year-old former president is critically ill.

On Thursday, the office of South African President Jacob Zuma said that Mandela's condition was critical but stable.

Meanwhile, President Obama headed to South AfricaFriday, the second stop on his three-nation tour of Africa. It is unclear whether Mr. Obama would visit Mandela.

In a statement, the U.S. president said, "I don't need a photo-op, and the last thing I want to do is to be in any way obtrusive at a time when the family is concerned about Nelson Mandela's condition. I've had the opportunity to meet with him. Michelle and the girls had an opportunity to meet with him. Right now, our main concern is with his well-being, his comfort, and with the family's well-being and comfort."