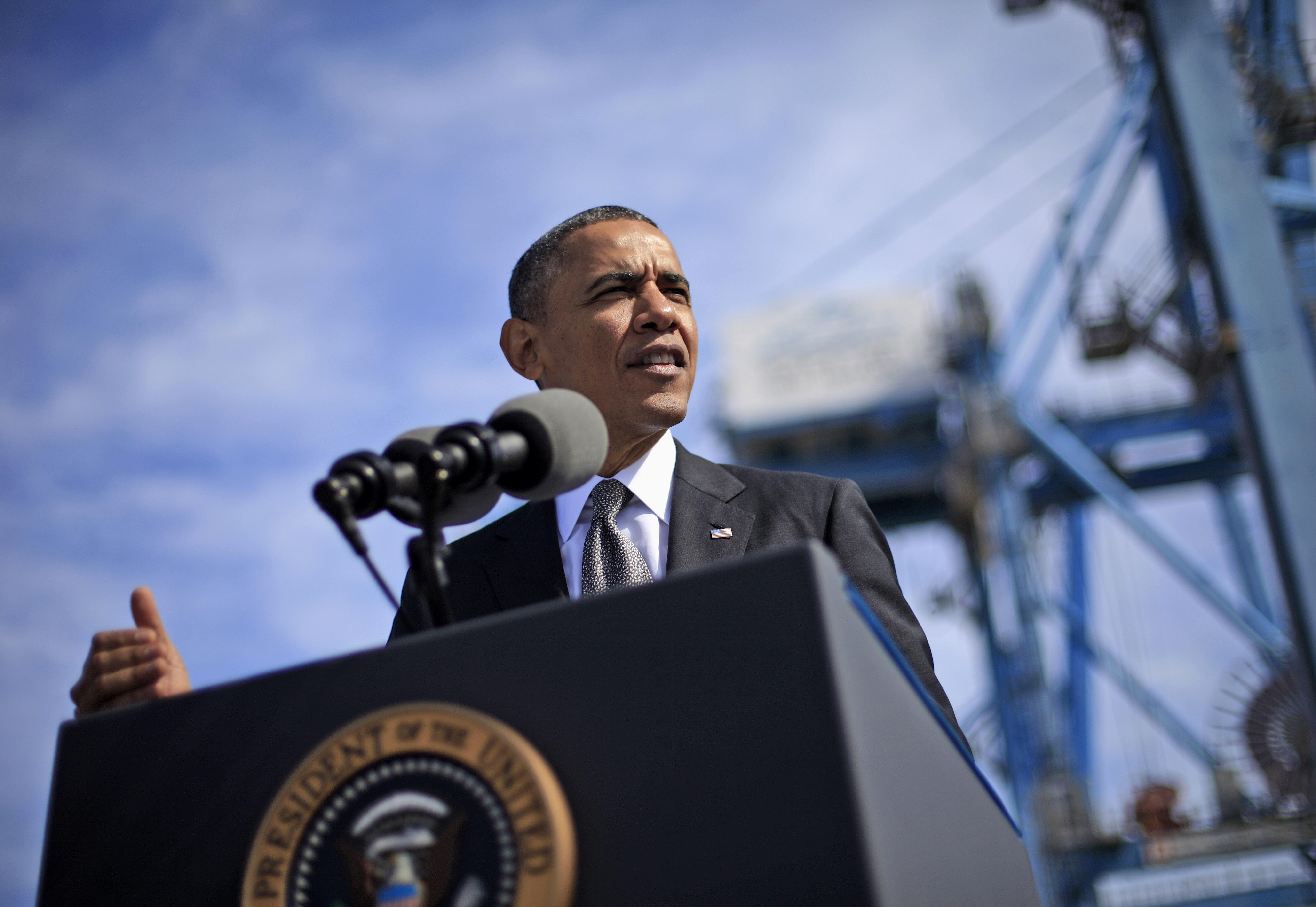 plagued HealthCare.gov since its rollout last month, he told a crowd Friday at the Port of New Orleans, "but," he added, "I don't write code."

The president couldn't ignore altogether lingering dissatisfaction with the botched health insurance exchanges, despite that the crux of the speech was

intended to move back on the offensive with other aspects of his second-term agenda - specifically, job growth through investments in infrastructure and increasing U.S. exports.

"We learned yesterday that over the summer, our economy grew at its fastest pace in a year," Mr. Obama said. "That's the good news.

"The bad news is that the very day the economic corridor ended, some folks in Washington decided shutdown the government and threaten to default on America's obligations for the first time in more than 200 years," he went on. "And it's like, the gears of our economy, every time they are just about to take off, suddenly somebody taps the brakes and says, 'Not so fast.'"

Promoting their job-creating potential, the president urged Congress to pass three specific pieces of legislation, beginning with the farm bill: "This is not something that just benefits farmers; ports like this one depend on all the products coming down the Mississippi," he said. "Every $1 billion in exports supports nearly 5,000 jobs, inlcluding jobs right here at this port."

renewed push for comprehensive immigration reform. He lauded the Senate's version of a bill that passed "with broad bipartisan support," but asked why the GOP-led House won't take the next step.

As lawmakers head toward another funding battle in mid-January,

postponed from last month as a fix to the 16-day government shutdown, the president called on them to set aside politics and craft a bipartisan budget. The key, he said, is to "close wasteful tax loopholes that don't help our jobs, don't grow our economy, and then invest that money in things that actually do create jobs and grow our economy."

Improving education will be critical, Mr. Obama said, singling out New Orleans Mayor Mitch Landrieu's work in that area. But while "the state and city are trying to do some work," he added, "nationally, we're falling behind," particularly in the area of infrastructure.

"Everybody who's sitting on a tarmac wondering why it is that you're not taking off and getting aggravated when you go fly someplace - part of the reason is we've got this antiquated control system," the president said. "We need the next-generation air traffic control system.