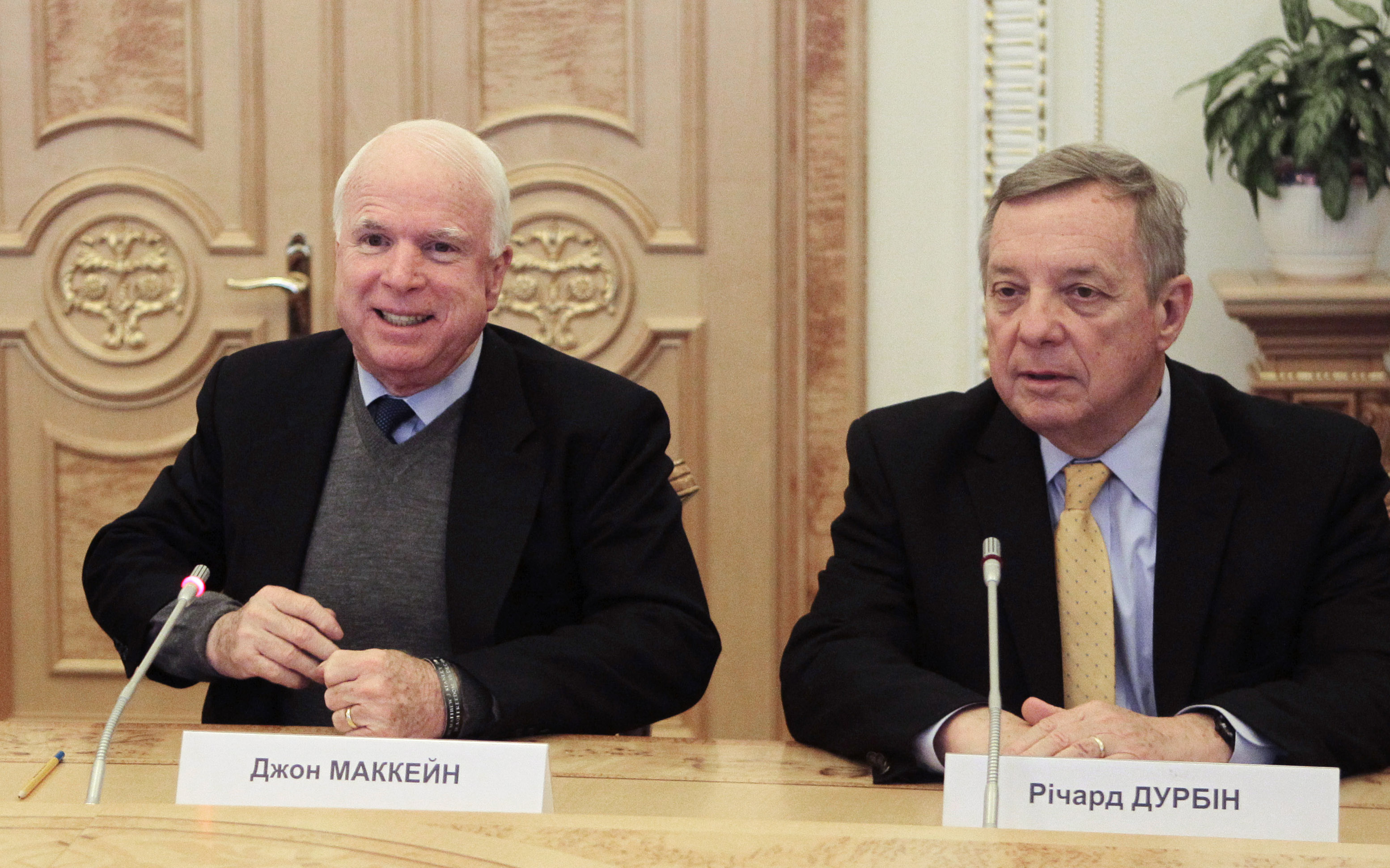 Two of the senators that Russian President Vladimir Putin is threatening to sanction as an act of retaliation are treating the designation like an honor rather than an act of aggression.

"I will tell you, I wear this as a badge of honor if I end up on Vladimir Putin's American enemy list. My family, mother comes from Lithuania. The Soviet Union captured Lithuania and held it for decades. Thank goodness they're free today. And if Putin thinks he's going to reestablish some Russian or Soviet empire, I hope that those of us in the west who have long memories will stop it," Sen. Dick Durbin, D-Ill., told a CBS Chicago reporter Tuesday.

The Daily Beast reported Tuesday that Putin was set to ban several U.S. lawmakers from visiting Russia in the wake of President Obama's announcement that he was imposing sanctions on a handful of Russian and Ukrainian officials. The list would likely include both Durbin and Sen. John McCain, R-Ariz., who were among a group of lawmakers that visited Ukraine just a few days ago and called on the U.S. to supply weapons and other military equipment to the Ukrainian military.

McCain seemed downright giddy at the possibility of being labeled an enemy of the Russian state.

"You think I'm not going to be on it?" he asked the Daily Beast. "I would be honored to be on that list."

He joked, "I guess I'm going to have to try to withdraw my money from my secret account in St. Petersburg."