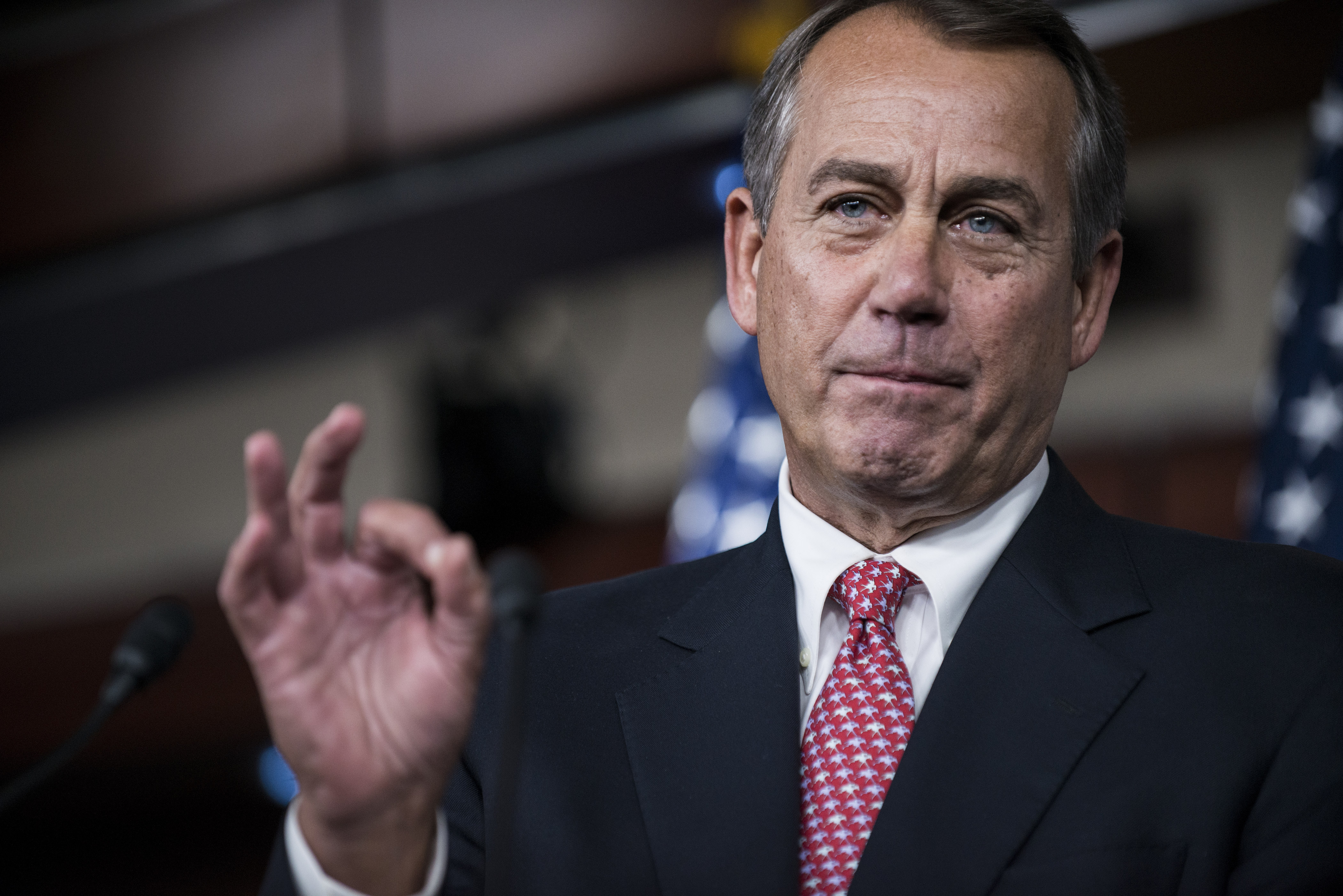 As the "fiscal cliff" negotiations have seemed to hit a stalemate, President Obama and House Speaker John Boehner met for 50 minutes at the White House this afternoon, their third in-person meeting on the issue and their first since Sunday.

"The President and Speaker had a frank meeting in the oval office tonight," Boehner spokesman Brendan Buck said in a statement. "There will be no further readout of the meeting, but lines of communication remain open."

Before their meeting, Boehner forcefully argued that the discussion over the "fiscal cliff" shouldn't be about raising taxes but cutting spending and that is what's holding up any prospects of a deal.

"It's clear the president is just not serious about cutting spending. But spending is the problem," Boehner said at a news conference earlier today. "The president wants to pretend spending isn't the problem. That's why we don't have an agreement."

The president later told Minneapolis CBS affiliate WCCO that he's "hopeful that we can get this resolved. It shouldn't be hard to get resolved."

"I'm willing to do a lot more cuts in spending, we also need to pair it up with a little revenue. ... Couple two dollars of spending cuts for one dollar of revenue," he continued.

Boehner also said criticized the president's deal for including spending proposals. "[T]hey've put some spending cuts on the table, [but] unfortunately the new stimulus spending they want almost out strips all of the spending cuts that they have outlined," he said.

Mr. Obama said he understands "they have a philosophical objection; on the other hand, we're willing to make some really tough decisions about spending cuts."

"My sense is, it's less and issue of trust; I think that this has more to do with politics. You know, I think the idea of not raising taxes has become sort of a religion for a lot of members of the Republican Party.

"I think Speaker Boehner has a contentious caucus, as his caucus is tough on him sometimes, and so he's constantly... doesn't want to look like he's giving in to me somehow, because that might hurt him in his own caucus. There are real philosophical differences on issues," the president told WCCO.

The president appears to be winning the public relations debate as polls have consistently shown that Republicans will bear the brunt of the blame if no deal is reached on the "fiscal cliff."

While the president says the election results show that the public is on his side to increase taxes on the wealthy, Boehner disputes that sentiment. "[T]he election wasn't a mandate to raise taxes on small businesses, it was a mandate for both parties to work together," he said.

When pressed by CBS News correspondent Nancy Cordes about his resistant to raising the tax rate on the wealthy, Boehner replied: "Raising tax rates will hurt small businesses at a time when we're expecting small businesses to be the engine of job creation in America."

While Boehner continues to resist tax increases, rank-and-file Republicans are publicly admitting that tax rates, at least on top earners, are likely to increase. The president will "get his wish," Sen. Jim DeMint, R-S.C., said today on "CBS This Morning."

More than a half-dozen Senate Republicans have now said publicly their party does not have the leverage or public opinion on their side on this issue, and that they should just give in and move on, Cordes reports. But House Republicans are more insistent, and even if Speaker Boehner does compromise in the end, he needs to show his conference he held out as long as possible.

"It had, like, one number," Pelosi said on its lack of specifics.

On the debate over how to deal with entitlement spending, the president has indicated a willingness to raise the eligibility age of Medicare from 65 to 67 but Pelosi once again laid down different boundaries. "Don't even think about raising the Medicare age," she said.

Spending is also not the only area Boehner would like to see the president budge. He wants the president to forgo his demand that the debt ceiling be lifted. But White House spokesperson Jay Carney said the U.S. needs to pay its debts.

Pelosi said a deal must be reached in the next couple of days or by next week for the "fiscal cliff" to be averted before Jan 1.