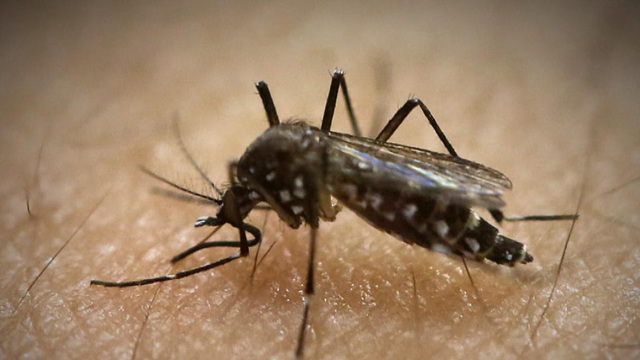 U.S. agencies that are overseeing the government's response to the Zika virus are going to soon run out of money for those efforts, Health and Human Services Secretary Sylvia Burwell warned Congress on Wednesday.

In a letter to leaders on the Appropriations Committees, Burwell warned that several agencies are on pace to exhaust their remaining funding either by the end of August or September that is being used to help study and fight Zika.

The warning came the same day that the National Institutes of Health (NIH) announced that it has begun phase I trials for a potential Zika vaccine. Burwell said that if Congress doesn't approve additional funding, the second phase of clinical trials will be delayed.

Burwell's call for action also comes as Florida deals with the first cases of Zika transmitted through mosquitoes on the U.S. mainland.

"Now that the United States is in the height of mosquito season and with the progress in developing a Zika vaccine, the need for additional resources is critical," Burwell wrote. Without the additional funding the President requested, she added, "our nation's ability to effectively respond to Zika will be impaired."

The Obama administration has "moved aggressively," she said, to repurpose funding that Congress had previously approved for other issues such as Ebola, but now that funding is running out. One agency, the Biomedical Advanced Research and Development Authority, which provides funding to the private sector to help develop vaccines and medicines, predicts it will exhaust its $85 million in funding by the end of August, and the NIH is also expected to exhaust $47 million in repurposed funding by the end of the month.The Centers for Disease Control and Prevention (CDC) will exhaust its domestic response funding by the end of September.

"These examples demonstrate the urgent need for the Administration's request for $1.9 billion in emergency supplemental funding, which is the most effective way to enhance our ongoing efforts to respond to this challenge," Burwell said.

President Obama first asked Congress for nearly $2 billion in February to fund efforts to respond to the virus, accelerate Zika research, develop a vaccine and provide emergency assistance to states and U.S. territories. Congress has not yet approved any new Zika-related funding.

Before lawmakers left Capitol Hill last month, House and Senate Republicans crafted a $1.1 billion proposal to fight Zika, which Senate Democrats then blocked because it didn't fulfill the full request. As a result, GOP leaders are blaming Democrats for the lack of action on approving additional Zika funding. Republicans are accusing the administration of sitting on unspent funds that agencies can shift over to their Zika efforts.

Congress will have to pass a new legislative package by the end of September anyway to fund the entire government for the next fiscal year and avoid a government shutdown, but by then, it might be too late.

The virus, which is rarely fatal, usually shows mild symptoms of a fever, rash, joint pain and red eyes. Scientists have also concluded it can cause problems during pregnancy such as microcephaly, a serious birth defect in which a baby's head is smaller than expected and has a smaller brain that might not have developed properly. They have also discovered that Zika is associated with Guillain-Barré syndrome, a rare disorder in which the immune system attacks a person's nerves and can paralyze the body in severe cases..