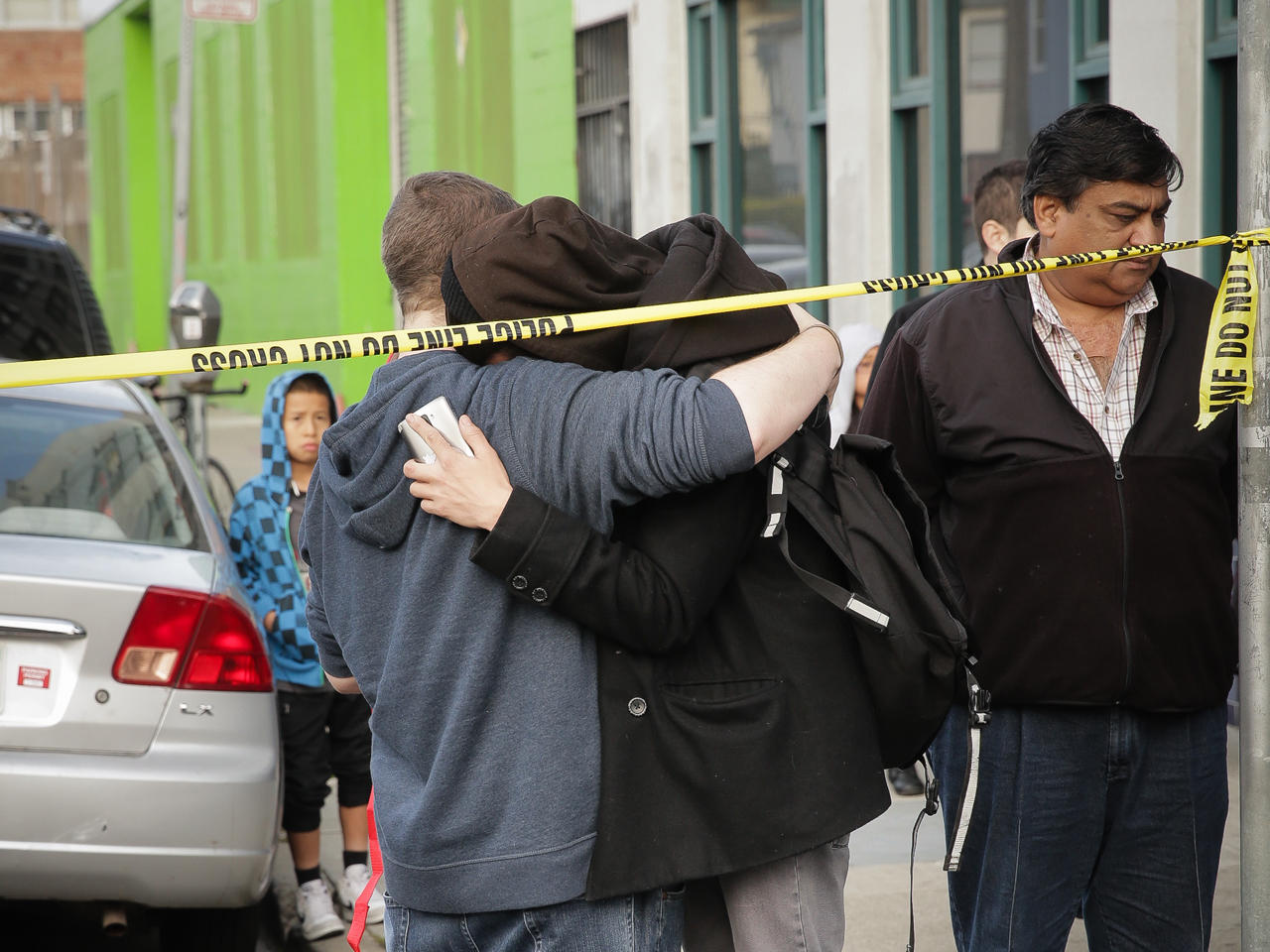 OAKLAND, Calif. - In their final moments, with the deadly flames quickly approaching and no way to escape, some of the 36 victims of the Oakland “Ghost Ship” warehouse fire sent final text messages saying good-bye to the loved ones.

“We’ve had a lot of intimate conversations with the families,” he said. “Kids were sending texts to their parents telling them they loved them and they were going to die.”

Kelly told the East Bay Times that one grief-stricken mother showed him her phone with a text message from her daughter. It read: “I love you. I’m going to die, Mom.”

He said the bodies of some of the victims were discovered draped next to each other, their last act a desperate attempt to save a companion.

By Tuesday morning, 26 families had been contacted by the Alameda County Coroner’s Office telling them they had lost a loved one.

Nine other bodies have been tentatively identified and their families will soon learn their fate.

A lone body remains unidentified. It was found without any form of identification and does not match the description of any of those still listed among the possible missing.

Oakland Fire Battalion Chief Robert Lipp said Tuesday that crews have cleared 85 percent of the “Ghost Ship” building with one corner still inaccessible because it is unstable. Crews hope to stabilize it Tuesday.

The founder of the Oakland artists’ colony that occupied the building said Tuesday he is sorry, but deflected blame for the blaze that gutted the warehouse that he now describes as a “mass grave.”

Founder Derick Ion Almena told the “Today Show” on Tuesday that he was at the site to put his face and his body in front of the scene. However, he deflected blame for the blaze. Almena said he signed a lease for the building that “was to city standards supposedly.”

“I’m only here to say one thing that I’m incredibly sorry and that everything that I did was to make this a stronger and more beautiful community and to bring people together,” he said.

Shelley Mack told CBS News she rented a trailer in the building for a few months in late 2014.

“That place was a death trap,” Mack said.

Mack took a video which she said shows the potentially hazardous conditions.

“You turned on a heater and your electricity -- everybody’s electricity would go off, so it was continually overloaded,” Mack said.

Property records show there were numerous complaints against the building, including two just last month citing “a ton of garbage piling up” and an “illegal interior building structure.”

Because this is now a criminal investigation, officials said some details may not be released publicly.