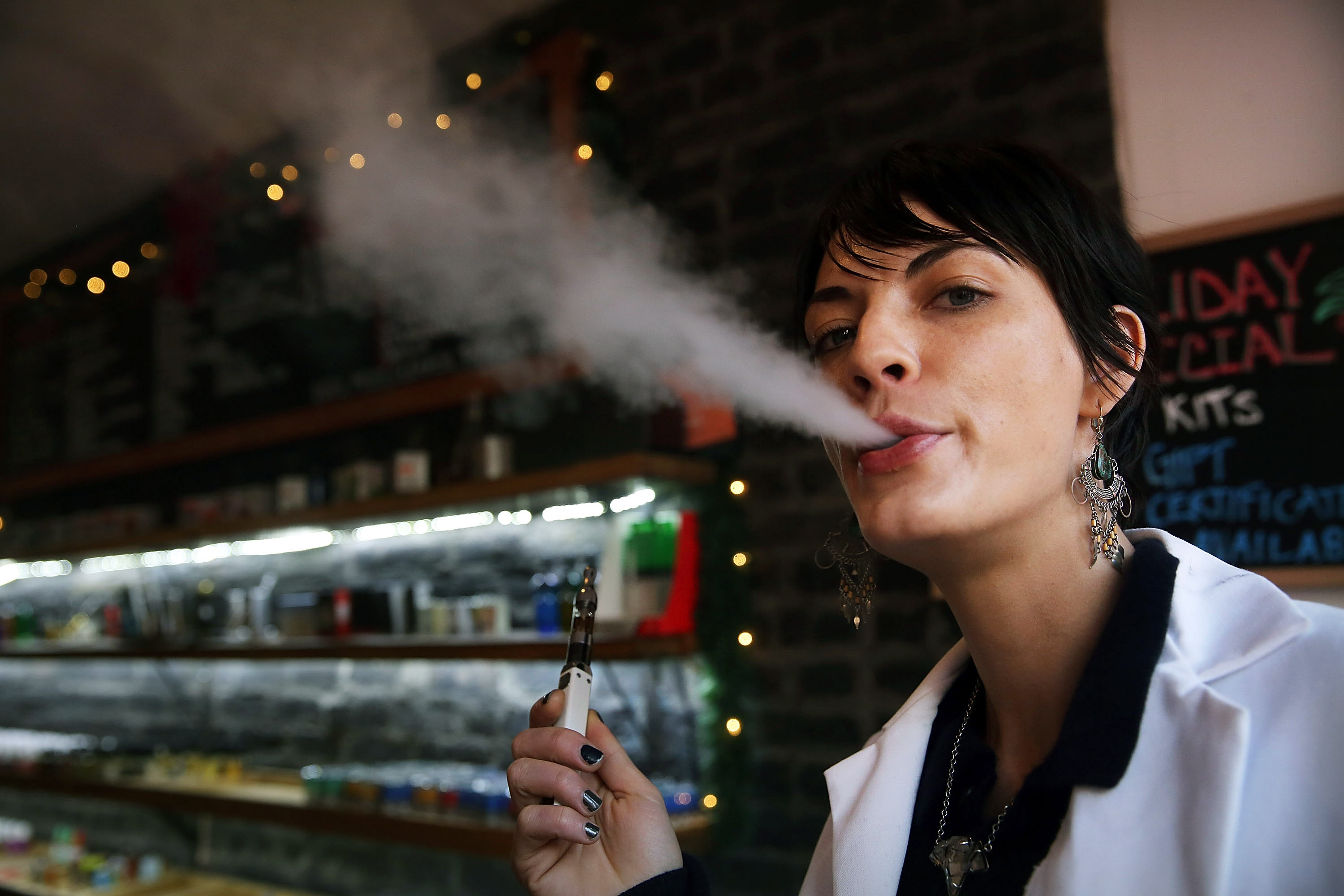 The flurry of activity -- more than two dozen introductions and resolutions were passed -- came on its last legislative session of the year. Twenty outgoing council members cast their final votes on high profile bills only after spending hours making tearful farewell addresses in what one councilwoman likened to the last day of high school.

Mayor Michael Bloomberg, who leaves office Dec. 31, is likely to sign both the e-cigarette bill and the polystyrene foam bill, environmental and health achievements he has pushed throughout his 12 years in office. The laws will take effect four months after his signature.

"Foam pollutes the waste stream, making it harder to recycle food waste as well as metal glass and plastic," the mayor said in a statement after the vote.

The foam bill allows lawmakers to ban the product if after a yearlong study the commissioner of the Sanitation Department finds the material can't be recycled effectively. If banned, it could add the nation's largest city to a list of localities that prohibit the foam, which the food-service industry has long valued for keeping food warm or cool but environmentalists see as a landfill-clogging, litter-generating scourge.

"Once the ban takes effect, it will be much easier and more economical to collect and separate recyclables," Bloomberg said.

At a news conference before the vote, City Council Speaker Christine Quinn warned against the environmental hazards of the material, particularly its presence in landfills, saying the only things that last longer than the foam containers are cockroaches and the performer Cher.

"If you could recycle it for real, that would be great. But we're not going to wait forever to get the answer to that," said Quinn. "If within a year a conclusion is not affirmative that foam can be recycled, it will be banned."

New Yorkers toss out about 23,000 tons of plastic foam per year, accounting for a fraction of the 3 million tons of trash the city spends $310 million annually to bury, but city officials say the foam also muddies efforts to compost food waste.

San Francisco and dozens of other U.S. cities already have nixed takeout containers made from what's technically called expanded polystyrene foam (the Styrofoam brand isn't used in food packaging). It takes a long time to break down in landfills, and there's debate over how readily it can be recycled once it's soiled by food. City plastics recycling contractor Sims Municipal Recycling has said it can't currently process and market plastic foam.

Also Thursday the council moved, by a vote of 43 to 8, to prohibit the use of e-cigarettes in locations like restaurants, bars and city parks where smoking is already outlawed.

E-cigarettes heat a nicotine solution and emit a puff of vapor that manufacturers say is harmless. But there's sharp disagreement within public health circles about how to treat the devices.

Most scientists agree that e-cigarettes are substantially less dangerous than tobacco but they are still highly addictive, and some anti-smoking activists say it isn't clear whether they are truly safe.

Several states, including New Jersey, Arkansas, Utah and North Dakota, have already expanded their indoor smoking bans to include e-cigarettes.

Quinn said before the vote that allowing the devices into places where cigarettes are now banned also could "renormalize" smoking and undermine the public perception that the habit is now acceptable only in the privacy of one's own home.

"We don't want a step backward with that," she said.

An online database to track the use of Sandy funds already exists and is operated by the Bloomberg Administration. Thursday's bill will update the website, creating a searchable, interactive online tool that allows users to look-up by zip code information about how federal Sandy dollars are being spent.

The council also approved a bill that would create an online registry for people convicted of abusing animals, the creation of a commercial composting program at large restaurants and grocery stores and a requirement that the mayor's office provide annual reports on poverty.