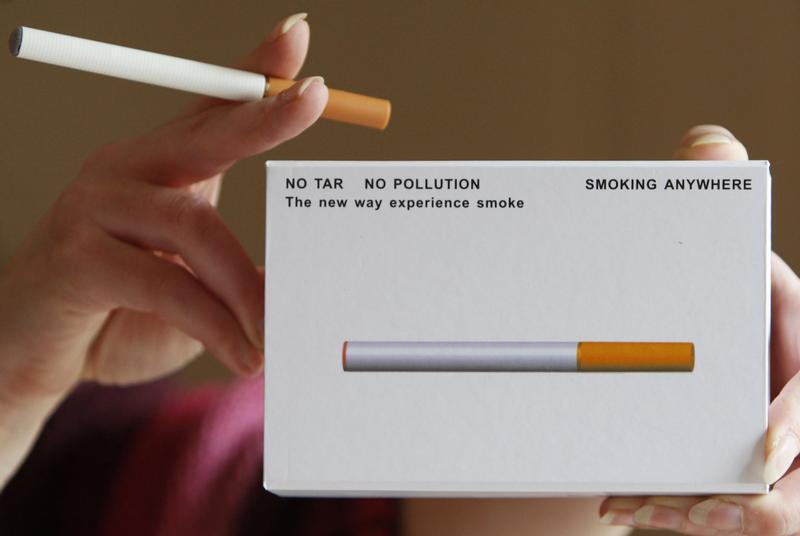 NEW YORK -- The New York City Council on Thursday will vote on a bill that would add electronic cigarettes to the city's strict smoking ban -- the latest of many anti-tobacco measures signed by outgoing Mayor Michael Bloomberg.

If the ban is approved, the city Department of Health and Mental Hygiene has said it would give businesses and restaurants a year to put up signs indicating there is no smoking or vaping allowed.

Only weeks after New York became the first major city to raise the legal age for buying tobacco to 21, the City Council will vote on a ban that would add electronic cigarettes to the city's Smoke-Free Air Act.

Bloomberg's detractors have derided him for trying to impose a "nanny state" in America's largest city, pointing to his bans on smoking, trans fats and the attempt to limit the sale of large sugary drinks. Public health advocates have applauded those same efforts.

If the bill passes, smoking e-cigarettes - or "vaping" - would be prohibited at public and private venues such as beaches, parks, restaurants and office buildings.

"While more research is needed on electronic cigarettes, waiting to act could jeopardize the progress we have made over the last few years," New York City Health Commissioner Thomas Farley said at a city council hearing on the bill earlier this month.

E-cigarettes are slim, reusable metal tubes that contain nicotine-laced liquid in a variety of exotic flavors such as bubble gum and bacon. As a "smoker" puffs on the device, the nicotine is heated and releases a vapor that, unlike cigarette smoke, contains no tar, which is known to cause cancer and other diseases.

Earlier this year, the Metropolitan Transit Authority (MTA) added e-cigarettes to its smoking ban on Long Island Rail Road and Metro-North trains, CBS New York reported. Last year, N.Y. Governor Andrew Cuomo signed a ban on the sale of the devices to anyone under 18 and made it illegal to smoke them within 100 feet of entrances to public or private schools, according to the station.

Critics of the New York City bill contend that such a ban would do more harm than good.

Richard Carmona, a former U.S. Surgeon General and a current board member at NJOY, one of America's largest electronic cigarette manufacturers, sent a letter to the council recently to urge rejection of the bill.

"I'm extremely concerned that a well-intentioned but scientifically unsupported effort like the current proposal to include electronic cigarettes in New York's current smoking ban, could constitute a giant step backward in the effort to defeat tobacco smoking," Carmona wrote.

The debate over risks versus benefits of e-cigarettes is far from being settled, but a study published recently in the British medical journal, The Lancet, said they are as effective as nicotine patches for smokers trying to kick the habit.

In October, the City Council voted to make New York City the first in the nation to raise the minimum legal age to buy cigarettes to 21 years old. CBS New York reported sellers could be punished with a $1,000 fine for each violation found in a single day and up to $2,000 for a second violation, or eventually lose their license.

The measure applies to cigarettes, cigars and cigarillos and e-cigarettes.

France recently expanded its ban on smoking in public places to include the electronic devices. France's Health Minister Marisol Touraine said at the time that e-cigarettes should be included because the product "encourages mimicking and could promote taking up smoking."