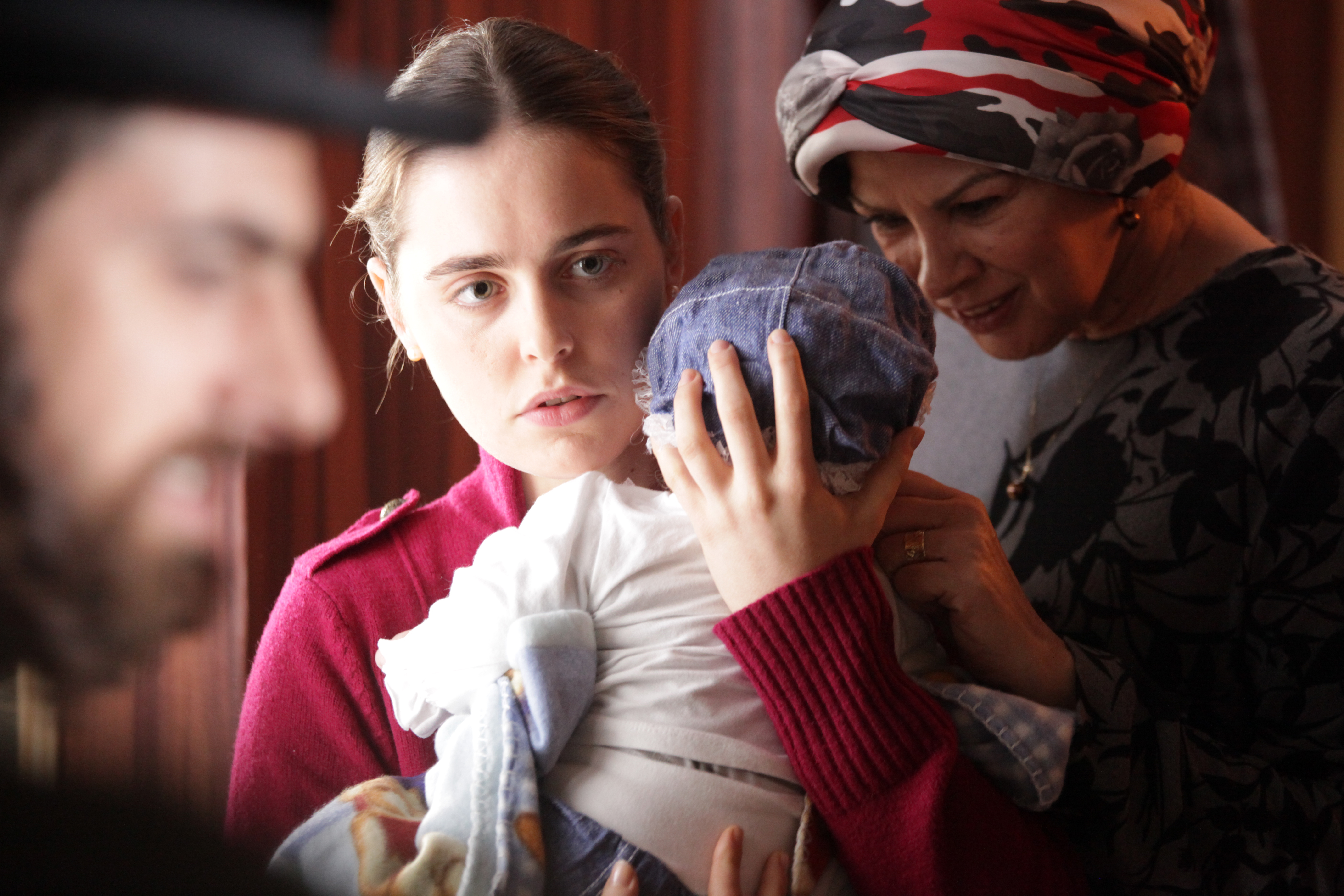 NEW YORK Shira, an 18-year-old girl from an Orthodox Hasidic home, is anxiously awaiting news of her prospective groom - a match being prepared by the patriarchs of two Tel Aviv families. She is also eager for her older sister, Esther, who is soon expecting her first baby.

But then tragedy occurs: Esther dies in childbirth. The joy of a newborn's arrival is crushed by the death of the mother, as the extended family must absorb this terrible loss.

But soon the dilemma of a motherless child is too much for the family, setting the stage for parental pressures upon Shira (Hadas Yaron) to forget the idea of an arranged marriage with a promising young man and instead marry her older, widowed brother-in-law.

By peering into the cloistered world of contemporary Orthodox Judaism, "Fill the Void" presents what might appear to be an uncommon practice brought about by an unexpected tragedy. Yet according to writer-director Rama Burshtein, such marriages within an extended family are not rare.

Burshtein, a native of New York, studied at the Sam Spiegel Film and Television School in Jerusalem, before she converted to Orthodox Judaism. She continued to make films (exclusively for women of the Orthodox community) before writing and directing "Fill the Void," her first feature.

She succeeds in drawing her audience in with a delicate balance of drama and humor as Shira at first resists the cajoling of her mother, who witnesses Shira's babysitting the infant and sees a ready-made caretaker. But the mother is also acting out of selfishness, to prevent her son-in-law from remarrying a woman outside of the country, and taking her grandchild with him.

Part of Shira's resistance is loyalty (and a sense of fairness) to her friend Frieda (Hila Feldman), a spinster who has not yet found her match. Surely she is due?

And what does the widower think? Yochay (Yiftach Klein) is a jumble of emotions, ethics, patriarchal and religious traditions, and his own history with a young sister-in-law who is no longer just a baby.

The film's story is shaped by the interpersonal conflicts that, like in a Jane Austen story, are motivated and colored by the customs and expectations of the characters' world.

But these are not unknowable, foreign figures. In one scene Shira - playing accordion for a classroom of bouncing kindergartners - transitions from lively dance music to a mournful dirge when reminded of her sister's death, leaving the children frozen in place, mouths gaping, expectant. Their puzzlement is understandable - as is Shira's private torment.

"Fill the Void," which is Israel's official entry to the Academy Awards, makes its U.S. debut Tuesday at the New York Film Festival, after screening at Toronto and Venice, where Yaron received the festival's award for Best Actress. Sony Pictures Classics has acquired North American distribution.