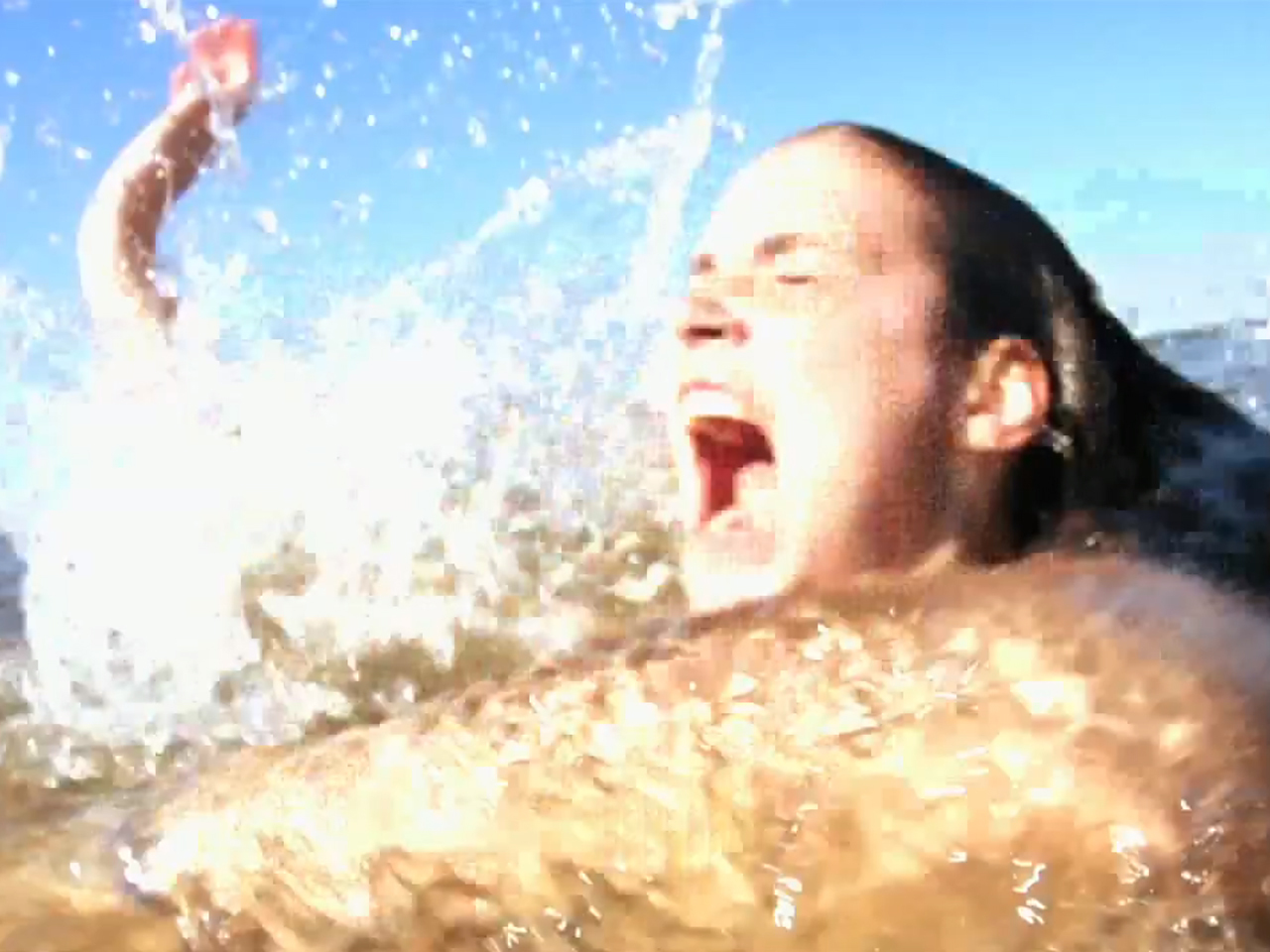 NEW YORK Don't drink the water! - a smart warning to travelers, and now, in the hands of Oscar-winning director Barry Levinson, the basis of an unsettling new environmental horror film.

"The Bay" is a found-footage pseudo-documentary about a disaster that affected a waterfront Maryland community during the town's Independence Day 2009 festivities, as hundreds of people fell prey to a mysterious contagion.

The film was inspired by the parasitic Cymothoa exigua - tiny tongue-eating isopods that attack their host fish in extremely unpleasant ways.

Only here, thanks to the intervention of man, not so tiny.

The concept of the story is that all digital communications taken during the time of the outbreak - surveillance cameras, police dash-cams, cell phone videos, voice mails - had been confiscated by the government, and are here seen for the first time courtesy of a whistleblower website.

The cast of mostly unknowns includes Nansi Aluka as a novice TV reporter-blogger whose cameraman helps record the deadly effects.

Levinson, whose best films ("Diner," "Rain Man," "Good Morning, Vietnam") are strong in both character and location, shot "The Bay" using a variety of technologies - digital cameras, surveillance cameras, an iPhone, Hi-8 night vision, underwater cameras, Skype. Cleverly edited, the film shows a community being derailed by the unknown malady as doctors, scientists, the CDC and FEMA are confronted with unanswerable questions.

The cast also includes Stephen Kunken as the doctor faced with a rapidly-expanding crisis; Kristen Connolly ("The Cabin in the Woods") as a young mother unknowingly hauling her baby into the thick of things; and Frank Deal ("The Bourne Legacy") as the town mayor who - like most movie mayors of waterfront communities facing public health threats on July 4th - doesn't want the beaches closed. (Will they never learn?)

Lionsgate will release "The Bay" in theaters on November 2 and also via Video on Demand. Screenplay by debut writer Michael Wallach (a former State Department political analyst). Produced by Jason Blum ("Insidius" and the found-footage horror films "Paranormal Activity 1, 2 and 3").