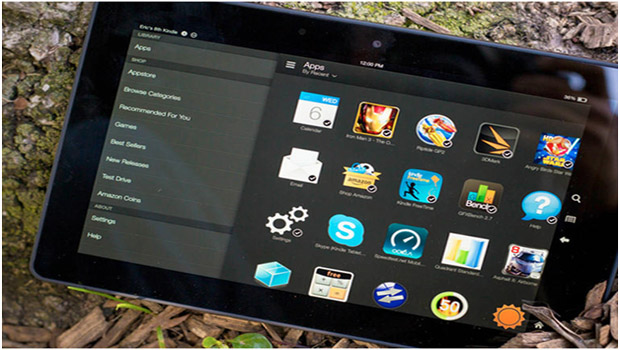 Amazon says the number of apps available its Amazon Appstore has tripled in the past year.

The announcement comes ahead of the e-commerce giant's scheduled event on Wednesday -- where the company is widely expected to unveil a 3D smartphone. Convincing customers that its Appstore has enough apps for their every need could be critical for future smartphone sales.

Amazon's custom-built Appstore, designed for its Kindle devices, can also be accessed on other tablets that run the Android operating system. It now boasts more than 240,000 games and applications, available on multiple devices in 200 countries, the company said in a press release.

It is worth noting that the number of apps available through the Amazon Appstore are slightly more than the number of Windows phone apps available. However, it is still considerably less than Google Play and Apple's App Store, which have over a million apps each.

Amazon Coins -- the company's virtual currency -- have also become widely popular, it said, adding that customers have spent "hundreds of millions of Amazon coins on apps, games and in-app items."

That would be good news for Amazon, as the company has long sold its devices cheaply while trying to build up a market for its Appstore and Prime services, which include music, streaming television shows and movies. Research by RBC Capital Markets has shown that Amazon Prime subscribers spend almost twice as much as non-Prime members.

In addition, Amazon boasted that its forked version of the Android operating system has shown increased interest for developers, with the number of new developers doubling from a year ago.

"Developers tell us that they experience improved reach, greater monetization, and, oftentimes, higher revenue when they have their apps and games in the Amazon Appstore," Mike George, the vice president of the Amazon Appstore, said in the press release.