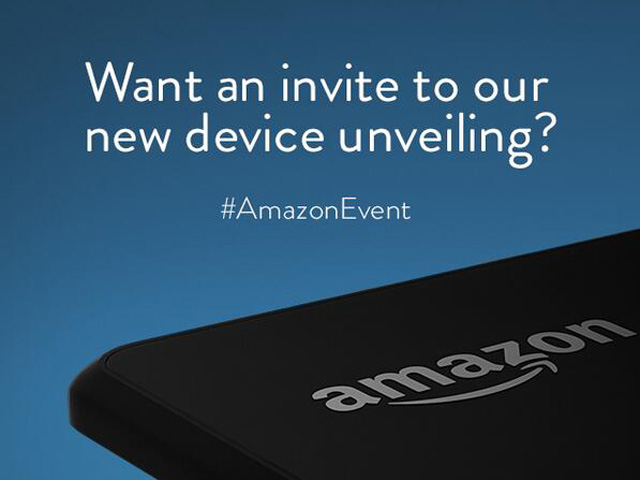 Amazon is rumored to be preparing to unveil its long-awaited smartphone this week -- one that is said to include features like gesture, motion control and a 3D display.

It would be the e-commerce giant's fourth major device in seven years, and CEO Jeff Bezos is expected to introduce it at an event in Seattle on Wednesday. Various media reports say the Amazon phone will have retina-tracking and movement-sensing technology that will make some images appear 3D.

Cellphone manufacturing would be just the latest addition to Amazon's ever-expanding marketplace. A long way from its humble beginnings as an online bookstore, the company introduced Amazon Fire TV, a video-streaming and gaming console, in April. It has offered the Kindle e-reader since 2007 and began selling the Kindle Fire in 2011.

Apple, Google, Samsung and Microsoft all have smartphones and tablets already and are making moves to power everything from smart homes to medical and health equipment. Google started with its acquisition of Nest Labs earlier this year.

"The great ecosystem war has begun," Ben Schacter, an analyst with Macquarie Research told CNET. "This is going to be a long, hard war with many battles."

For an Amazon smartphone, price will be key. As CNET notes, Amazon has a long history of selling its devices at -- or below -- cost. The company has offered deals on its e-readers and tablets, while choosing to highlight its app store and Prime services, which now include music, television shows and movies.

In recent days, Amazon has begun promoting its new offering without giving much away. Earlier this month, it tweeted out a link to a YouTube video that showed customers reacting to an unseen device -- presumably the phone -- and exclaiming in surprise and delight.

However, it remains to be seen if users will shell out money for a 3D phone. the HTC Evo 3D and LG Thrill are two examples of previous attempts to add 3D capability to cellphones, which failed, according to CNET.