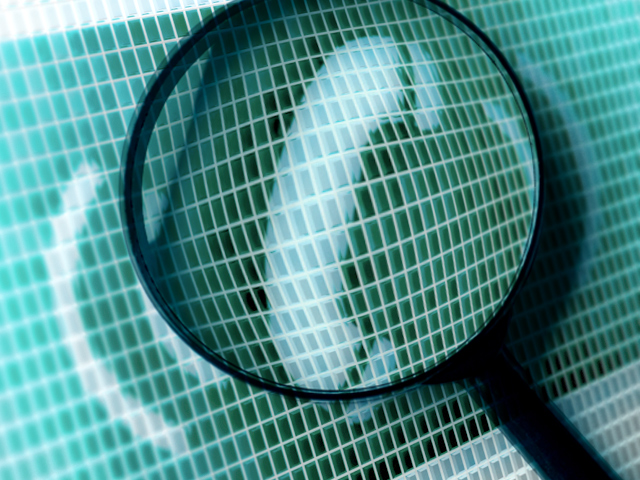 With the revelations this week that the National Security Agency is gathering troves of data on Americans' telephone use, civil liberties advocates and privacy watchdogs are again on the warpath, accusing the administration of unconstitutionally invading Americans' privacy in a reckless pursuit of greater security.

The cries of "big brother" represent something of a deja vu moment for these advocates. For nearly eight years in the Bush administration, ever since the 2001 Patriot Act expanded government surveillance authority in the wake of the September 11 terror attacks, privacy hawks and civil liberties groups warned about the perils of sacrificing precious liberty to purchase some added measure of security.

The difference this time around? It's a Democratic administration - and a Democratic president whom many of these groups count as an ally on other issues - on the receiving end of the ire.

The Huffington Post, in perhaps the most evocative attempt to link the surveillance policies of the Bush and Obama administration, headlined its website on Thursday with a composite image of Bush and Obama, their features eerily blended into the same face.

The New York Times editorial page chimed in as well, slamming a "president who once promised transparency and accountability" for betraying the values that led many to support him in the first place.

"The administration has now lost all credibility on this issue," the Times editorial board wrote. "Mr. Obama is proving the truism that the executive branch will use any power it is given and very likely abuse it. That is one reason we have long argued that the Patriot Act, enacted in the heat of fear after the Sept. 11, 2001, attacks by members of Congress who mostly had not even read it, was reckless in its assignment of unnecessary and overbroad surveillance powers."

The NSA data-gathering revealed this week, the editorial board continued, "is the very sort of thing against which Mr. Obama once railed, when he said in 2007 that the surveillance policy of the George W. Bush administration 'puts forward a false choice between the liberties we cherish and the security we provide.'"

Jameel Jaffer, a lawyer with the American Civil Liberties Union, echoed these concerns, saying the revelations "are a reminder that Congress has given the executive branch far too much power to invade individual privacy, that existing civil liberties safeguards are grossly inadequate, and that powers exercised entirely in secret, without public accountability of any kind, will certainly be abused."

Even one of the key authors of the Patriot Act, Rep. James Sensenbrenner, R-Wis., cried foul at the latest evidence of expanded surveillance.

"As the author of the Patriot Act, I am extremely troubled by the FBI's interpretation of this legislation," he said. "While I believe the Patriot Act appropriately balanced national security concerns and civil rights, I have always worried about potential abuses... I do not believe the broadly drafted FISA order is consistent with the requirements of the Patriot Act. Seizing phone records of millions of innocent people is excessive and un-American."

But should these privacy advocates really be surprised, given Obama's previous attempts to strike a balance between privacy and security, rather than prioritize privacy above all else?

In 2008, a fierce row erupted between the government, telecom companies, and civil liberties advocates about the Bush administration's surveillance of Americans as part of its effort to disrupt terrorist plots.

The administration, with the permission of telecom companies, had been tapping the phone lines of Americans without first securing a warrant. The program began in 2005, ended in 2007, and was legally justified by the administration under the 1978 Foreign Intelligence Surveillance Act (FISA).

Opponents did not buy the justification and filed dozens of lawsuits against the telecom companies, accusing them of unlawfully turning over user data to the government. To protect the cooperative companies from a series of messy legal fights, Congress passed an amendment to the 1978 FISA act absolving them of any culpability in forking over their users' data and ensuring they would not face any lawsuits that resulted.

The bill was passed during the crucible of the 2008 presidential campaign, and was supported by then-Sen. Barack Obama, D-Ill., who was campaigning against Sen. John McCain, R-Ariz., for the presidency.

His support was not unqualified - he promised to "carefully monitor" the program for abuse, but said that, "Given the legitimate threats we face, providing effective intelligence collection tools with appropriate safeguards is too important to delay. So I support the compromise."

Mr. Obama's liberal allies in Congress and outside civil liberties groups did not appreciate his decision to support the bill - the Washington Post labeled it his "most substantive break with the Democratic Party's base since becoming the nominee" - but the dispute quickly subsided as other electoral issues moved to the fore.

And since becoming president, Mr. Obama has hardly been the die-hard champion of privacy and liberty that some of his 2008 supporters had hoped he would be. He has continued, even accelerated, the Bush Administration's use of unmanned aerial drones to strike suspected terrorist targets overseas, though many civil liberties advocates have objected to the lack of due process inherent in a drone strike.

And despite no shortage of effort, the president has also been unable to close the detention facility at Guantanamo Bay - a potent symbol of the indefinite detention policies that so rankled opponents of the Bush administration.

On questions of privacy and civil liberties, Mr. Obama has time and again shown a willingness to defy civil liberties groups if he determines, as he has in the NSA data-gathering case, that such "modest encroachments" on privacy are worth the added security they afford the American people.

At least one key voice in Congress has pointed out that the program in question is hardly new, calling for everyone to take a step back and breathe deeply before sounding off about the latest outrageous police state overreach.

"Right now I think everyone should just calm down and understand that this isn't anything that is brand new. It's been going on for some seven years, and we have tried to often to try to make it better and work and we will continue to do that," Senate Majority Leader Harry Reid, D-Nev., told reporters on Thursday.

CBS News Senior National Security Analyst Juan Zarate, similarly noting that the program has been around for awhile, said that it "becomes more and more important as individuals, terrorist groups that are potentially threats, move into the online space and begin to communicate the way everyone does."

Mr. Obama on Friday made a similar case, reassuring Americans that the data-gathering procedures are not as invasive as they seem - and that they provide a critical tool in the ongoing struggle to prevent terrorism.

"But my assessment, and my team's assessment, was that [these programs] help us prevent terrorist attacks," he said. "You can't have 100 percent security and also then have 100 percent privacy and zero inconvenience. We're going have to make some choices as a society."