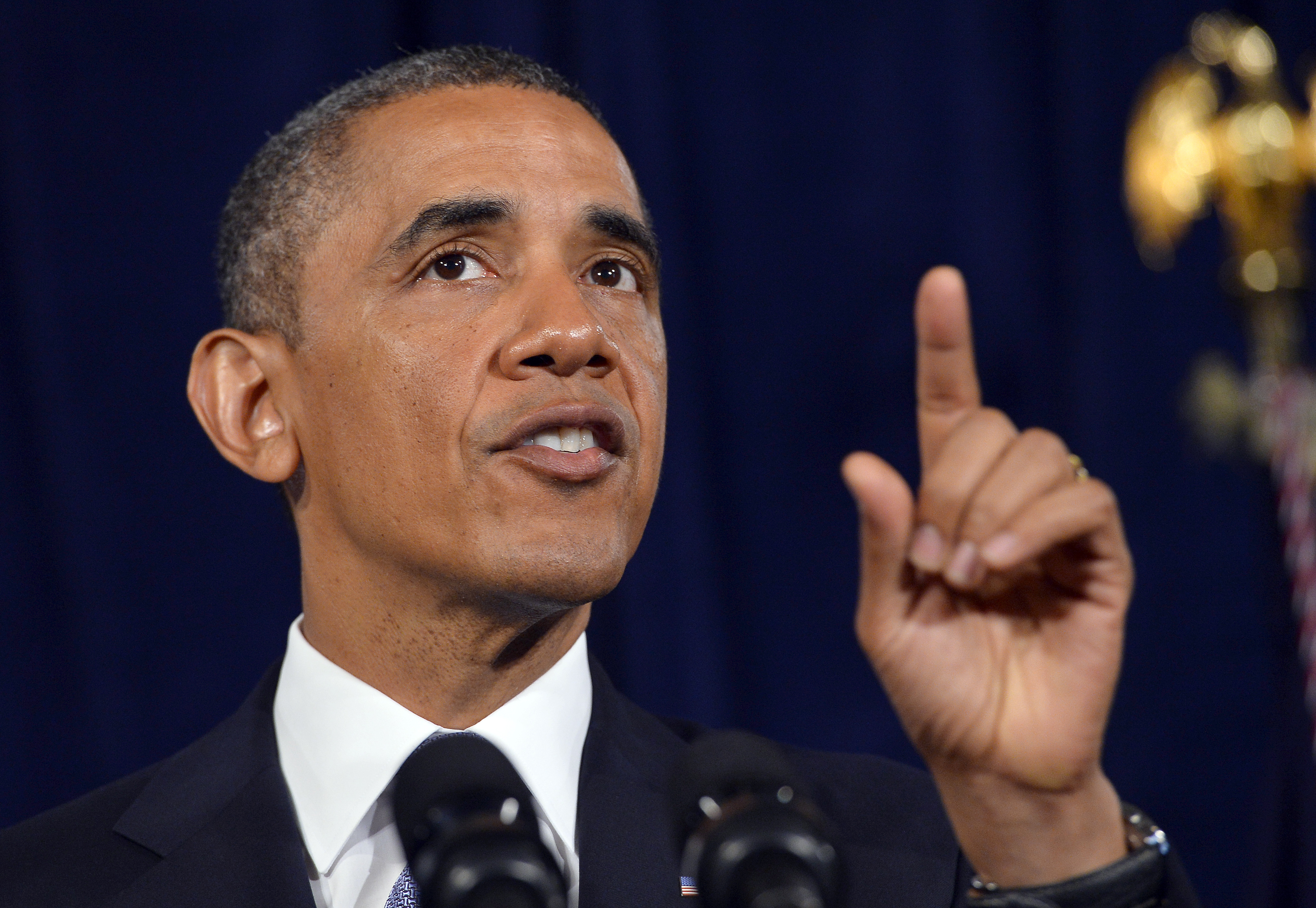 On the heels of a series of reports detailing the U.S. government's practice of tracking private citizens' phone and internet use, President Obama on Friday sought to downplay the invasiveness of the procedure, assuring a California audience that "nobody is listening to your phone calls," and that any data tracking is governed by comprehensive oversight spanning all three branches of U.S. government.

"Nobody is listening to your telephone calls," Mr. Obama said, speaking at an event touting his health care law in California. "That's not what this program is about."

Earlier this week, the Guardian reported on a classified National Security Agency (NSA) program that involved collecting the phone records of hundreds of millions of U.S. phone customers. The Washington Post also reported Thursday night that the NSA and the FBI have been mining data from the servers of nine American internet companies, and "extracting audio and video chats, photographs, e-mails, documents, and connection logs that enable analysts to track foreign targets."

Responding to widespread outrage at the notion that the government has been secretly accessing the phone and internet records of people worldwide, Mr. Obama on Friday said he was open to debating questions about "how are we striking this balance between the need to keep the American people safe and our concerns about privacy."

But he reminded Americans that these programs have been ongoing for years, and that Congress regularly reauthorizes the programs and receives updates on how they are conducted.

The president also clarified a few details regarding the programs, explaining that the NSA is not listening to the content of people's phone calls without a warrant from a federal judge, and they are not looking at the names of people on the calls.

Ultimately, Mr. Obama argued, finding the balance between privacy and counterterrorism is a "tradeoff" - and the "modest encroachment on privacy" that's involved is ultimately, in his eyes, worth it.

"I came in with a healthy skepticism about these programs. My team evaluated them, we scrubbed them thoroughly, we actually expanded some of the oversight, increased some of the safeguards. But my assessment and my team's assessment was that they help us prevent terrorist attacks," he said. "You can't have 100 percent security and also then have 100 percent privacy and zero inconvenience. We're going have to make some choices as a society."

Sen. Rand Paul, R-Ky., an adamant libertarian, has already taken action aimed at implementing a different policy, introducing a bill in the Senate to stop the National Security Agency from spying on citizens of the United States.

"The bill restores our Constitutional rights and declares that the Fourth Amendment shall not be construed to allow any agency of the United States government to search the phone records of Americans without a warrant based on probable cause," Paul said in a press release.

The bill will be referred to committee for consideration.