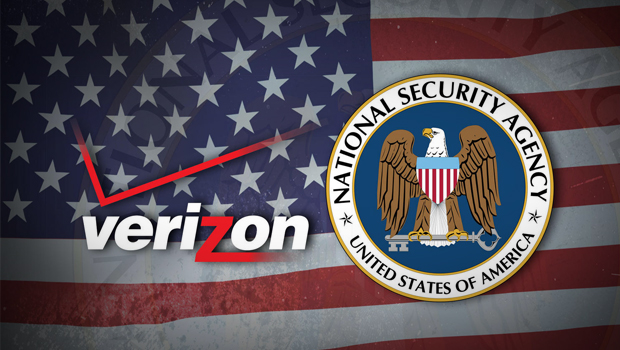 The National Security Agency's blanket request for Verizon to hand over all records of telephone calls within its system -- both within the U.S. and between the U.S. and other countries -- was a routine request made under congressionally-approved laws, Senate Majority Leader Harry Reid, D-Nev., and some other members of Congress insisted Thursday.

"Right now I think everyone should just calm down and understand that this isn't anything that is brand new, it's been going on for some seven years, and we have tried to often to try to make it better and work and we will continue to do that," Reid told reporters, referring to the surveillance protocols put in place by the updated Foreign Intelligence Surveillance Act (FISA) and the Patriot Act.

Sen. Saxby Chambliss, R-Ga., vice chairman of the Senate Intelligence Committee, concurred with Reid, commenting, "This is nothing particularly new."

"This has been going on for seven years under the auspices of the FISA authority and every member of the United States Senate has been advised of this," he said.

Other members of Congress, however -- including one of the authors of the Patriot Act, Rep. Jim Sensenbrenner, R-Wis. -- expressed outrage and concern about the data collection.

As first reported by the Guardian newspaper in Britain, the secret Foreign Intelligence Surveillance Court granted a request from the NSA and the FBI to collect the Verizon data from a three-month period ending on July 19. The order was granted under the so-called "business records" provision of the Patriot Act, though Sensenbrenner pointed out in his letter to Holder that the provision requires the government to prove the relevancy of the information and meet certain thresholds before acquiring business records, especially with respect to records pertaining to U.S. citizens.

Sensenbrenner said he doesn't believe the FISA order meets those standards. "How could the phone records of so many innocent Americans be relevant to an authorized investigation?" he asked in the letter. He asked Holder to explain why the request was so broad and whether the FBI believes there are any limits to the information they can obtain from the Patriot Act's "business records" provision.

Other members of Congress, meanwhile, expressed concern over whether the executive branch could be monitoring members of Congress or the Supreme Court. If members of the executive branch were monitoring telephone records from Congress, Sen. Mark Kirk, R-Ill., said Thursday, it "would give them unique leverage over the legislature." Kirk expressed this concern directly to Holder, who was testifying about the Justice Department's budget in a Senate Appropriations Committee hearing.

Holder said he could brief the committee in a closed-door session later, given the sensitive nature of the subject. Kirk retorted, "The correct answer would be to say no, we stayed within our lane, and I'm assuring you we did not spy on members of Congress."

Sen. Barbara Mikulski, D-Md., head of the Appropriations Committee, told Holder that the full Senate -- not just the Intelligence Committee -- should be briefed on the surveillance. "I will send a note to [Democratic and Republican leaders] Reid and McConnell because I think this cuts across committees," she said. "I think it goes to Judiciary. I think it goes to Armed Services. I think it goes to intel."

Like Chambliss, other members of Congress who receive intelligence briefings said the surveillance was appropriate -- and very useful. House Intelligence Committee Chairman Mike Rogers, R-Mich., said Thursday that the program the NSA used in this Verizon case did stop a terrorist attack in the past.

"Within the last few years, there was a domestic case that was thwarted because of their ability to do this," he said. "It's used to make sure there is not an international nexis to any terrorism event they may believe is ongoing in the United States."

Sen. Dianne Feinstein, D-Calif., chairwoman of the Senate Intelligence Committee, went even further, saying multiple plots were thwarted. "There were terrorists plots in the plural, let me put it that way," she said.

While Rogers said the FISA court order does not appear to be anything unusual, he said the intelligence committee will review whether it is legal and that they would begin conversations with the "relevant players" Thursday afternoon.

Chambliss pointed out that the NSA and FBI were only collecting data such as the dates and times of calls -- they were not monitoring the substance of calls. "To my knowledge, we have not had any citizen who has registered a complaint relative to the gathering of this information, and it is simply metadata that is never utilized by any governmental agency unless they go back to the FISA court and show that there is real cause as to why something within the metadata should be looked at," he said.

While the collection of the data may be legal, some members of Congress said it violated the spirit of the Constitution and the public's expectations of privacy.

"I believe that when law-abiding Americans call their friends, who they call, when they call, and where they call from is private information," Sen. Ron Wyden, D-Ore., a senior member of the Senate Intelligence committee, said in a statement. "Collecting this data about every single phone call that every American makes every day would be a massive invasion of Americans' privacy."

Wyden said that based on his several years of intelligence oversight, the value and effectiveness of such programs "remain unclear" to him. "The American people have a right to know whether their government thinks that the sweeping, dragnet surveillance that has been alleged in this story is allowed under the law and whether it is actually being conducted," he said.

Sen. Rand Paul, R-Ky., called the surveillance "an astounding assault on the Constitution." He noted that he and Sen. Mike Lee, R-Utah last year tried to amend FISA to increase Fourth Amendment protections, but the measure was defeated.

"If the President and Congress would obey the Fourth Amendment we all swore to uphold, this new shocking revelation that the government is now spying on citizens' phone data en masse would never have happened," he said.