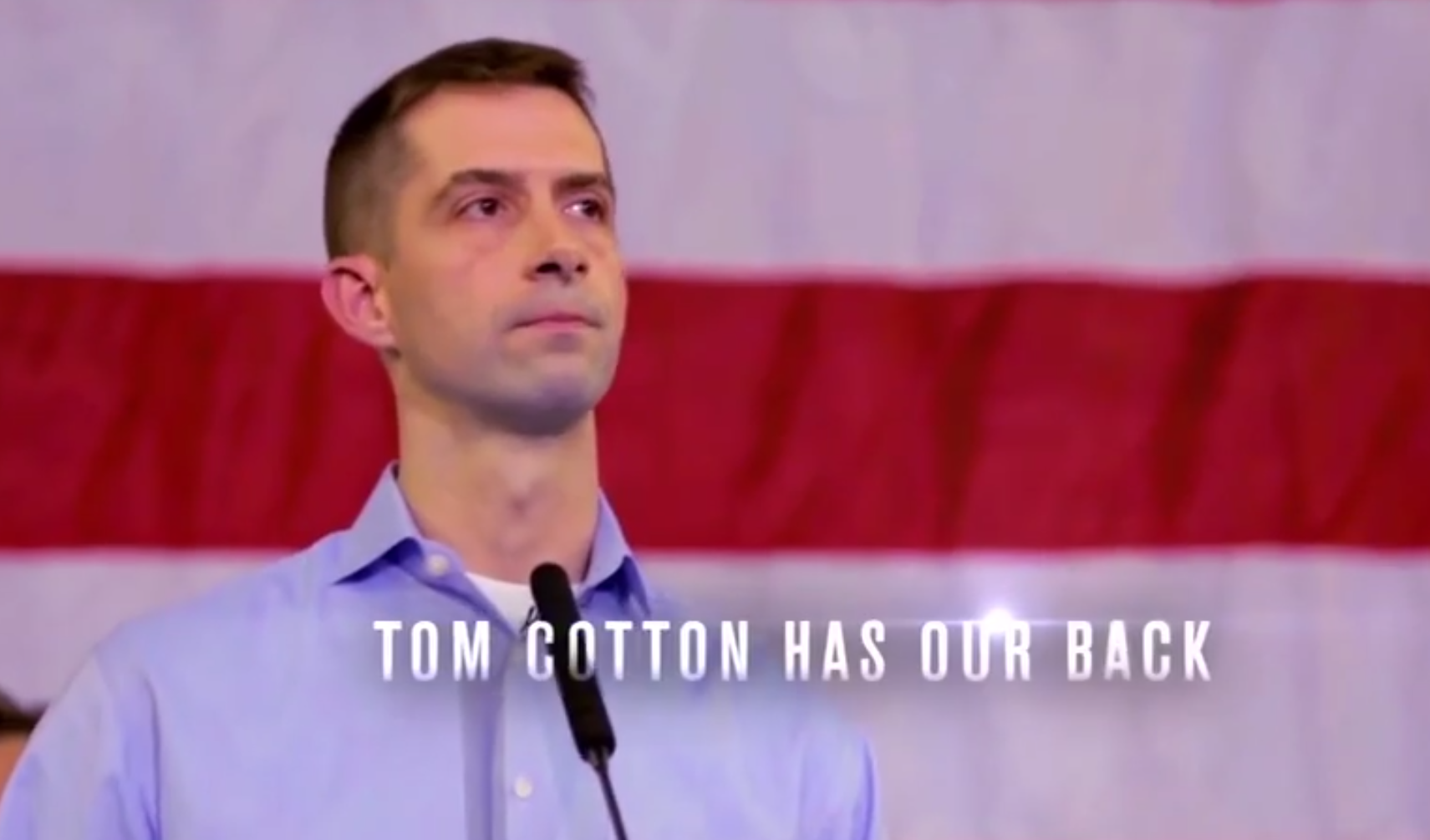 With less than two months before the midterm elections, the National Rifle Association deployed a multimillion dollar ad blitz Wednesday supporting Republican Senate candidates in three pivotal races that could well determine which party controls the upper chamber next year.

The buy, totaling over $4 million dollars, is spread across Arkansas, Colorado, and North Carolina.

"Our Second Amendment rights are under attack by the Obama administration. That's why we need leaders like Tom Cotton in the U.S. Senate to fight back for us," says a narrator in a 30-second ad that will air in Little Rock and Jonesboro for four weeks.

"Tom Cotton protected your rights in Congress and abroad as a combat veteran," the narrator adds. "In the Senate, Cotton will stand up to President Obama's extreme gun control agenda, and that's why the NRA is proud to support Tom Cotton for the United States Senate."

The ad makes no mention of Pryor. Though the NRA has endorsed Cotton, the organization has previously praised the incumbent's record on gun issues.

When Sens. Joe Manchin, D-West Virginia, and Pat Toomey, R-Pennsylvania, spearheaded legislation to strengthen the background check system for gun buyers in the wake of the December 2012 massacre at Sandy Hook Elementary School in Newtown, Connecticut, Pryor opposed that proposal. His opposition earned him a "thank you" from the NRA.

One ad from the group accused gun control proponents of trying to "exploit a tragedy" and lauded Pryor for "standing up to Barack Obama and protecting our Second Amendment rights."

NRA spokesman Andrew Arulanandam said that, despite any earlier praise for Pryor, the group's endorsement decisions "are based on complete voting records, they're not just based on one vote."

"We don't look at the party affiliation at the end of a candidates name," he told CBS News in a phone interview. "We look at their voting record. That's what our members want us to do. We very simply support those who support us."

Cotton and Pryor are locked in a tight race, with most public surveys reflecting a small lead for the Republican. In a CBS News/New York Times estimate released earlier this month, Cotton was ahead of Pryor, 43 to 39 percent.

Not to be left behind, pro-gun control groups have pledged their own commitment to the 2014 elections. Everytown for Gun Safety, a group formed by former New York City Mayor Michael Bloomberg, announced earlier this year that it would spend $50 million on advertisements and field operations in more than a dozen states ahead of the midterms.